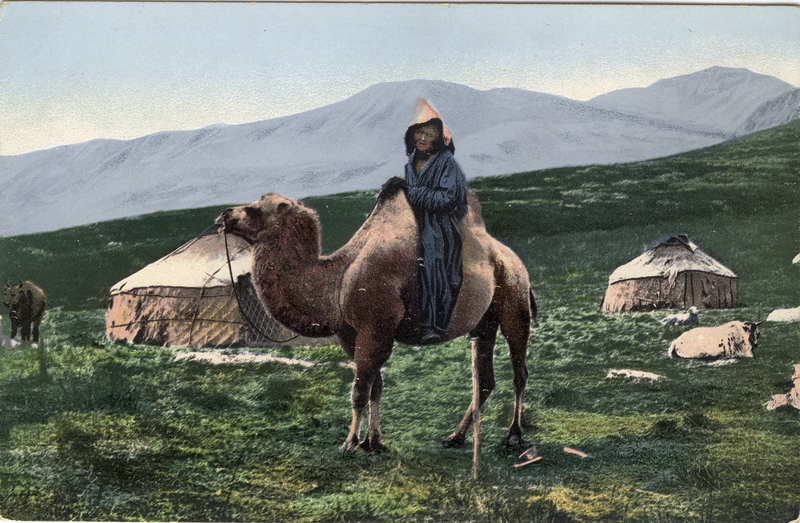 The man, the photographer – Sergei Borisov, was born into a “slave” family. Until 1861, slavery was legal in Russia in the form of serfdom. He was forced to work since an early age, until later he was freed and moved away to Barnaul where he found his passion in photography and opened his own photo studio. As time passed by, it became the biggest and most popular studio in town, so he had enough money to go on a trip to the Altai mountains and he brought back over 1500 photos from there. A Kazakh on a horse with a golden eagle A Kazakh woman in a wedding dress A group of Kazakh people near their house – a yurt Inside the Kazakh yurt An Altai man in his national dress. An Altai woman in her national dress Altai people near their house, those houses were called “Chaadir” A chaadir house in the Altai mountains, surrounded by rocks A village in the Altai mountains A road for a caravan of horses to pass the mountains A caravan of horses travelling through the mountains A ferry on the Katun river A lake near the Belukha mountain A cascade waterfall near the Katun river A Belukha mountain and a Katunski glacier The photographer’s tent near Katun river, with a view to the Kapchal glaciers.

There are more photos from this expedition, and this post will be continued later.