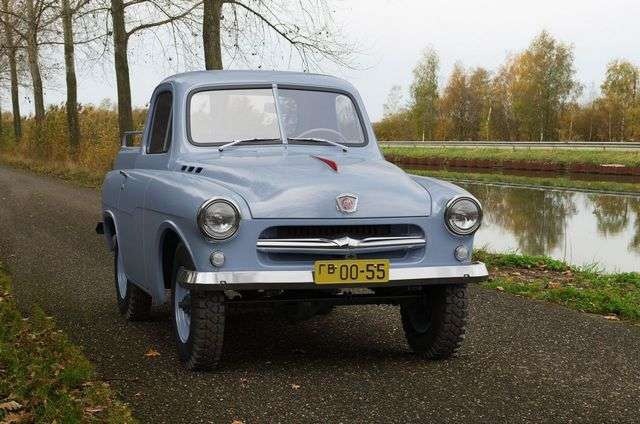 In the 1950s, the USSR made one of its first “SUVs”:Â M-73 Ukrainets. It wasn’t based on an existing car, but a fully new car from the ground up. They tried to build a good car for farm workers, with full AWD. The car was engineered inside the GAZ factory. TheyÂ used anÂ engine from Moskvitch, suspension and running gear from the GAZ-69 “Jeep” and a totally new body was made. The first cars were built in 1954. Â It did very well off-road, on bad roads, in the snow and out in the field. It’s low weight and good engine (though itÂ had just 35hp) gave it power to move around on roads in bad condition, and also on highways – 85 km/h was its top speed. Then the car documentation was sent to the central planning authorities in Moscow to see if they want to send it into production, but it was rejected because of the “lack of production capabilities of Soviet factories” So the car never made it to the farmers. Just some photos are left.