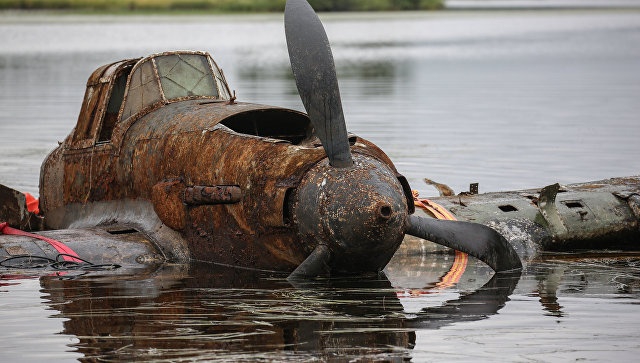 They hope they will be able to get it back into the skies after a restoration job. They hope it can evenÂ take part in air shows across the world. They have experience in restoring IL-2 planes, but this will be, according to they words, “the world’s first flying IL-2Â single seater fighter after a proper restoration.” Their two-seater plane restoredÂ earlier, made a flight to Germany this year (2018) for the ILA Berlin airshow there. “We haveÂ already received invitations from other countries”. This plane was shot down on Sunday August 22, 1943 duringÂ an attack on the Luostari airfield in the Murmansk region. The pilot was able to land on the lake and then left the plane. It sunk in 10-11 metres of water.

They hope they can restore it because the cold water, soft muddy lake bottom, and controlled landing notÂ cause a lot of damage to plane.