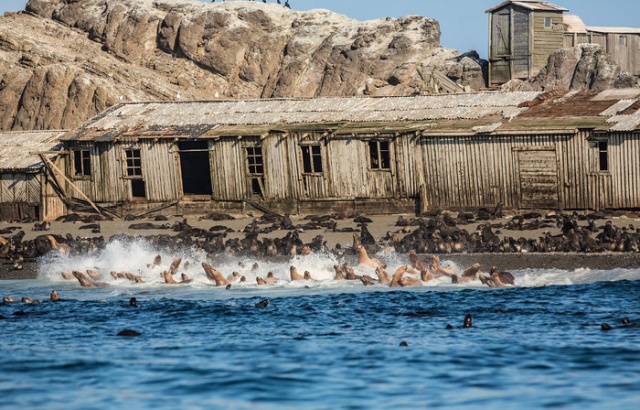 3. Abandoned fort “Emperor Alexander I”. Near St.Petersburg, on separate artificial island. There project to convert it to shopping mall with food court, museum and theater. 8. Abandoned restaraunt on the mountain near Sochi. 8. Abandoned bell tower, flooded with a town where it stand. 17. Abandoned church that is being ruined every year because of waves of passing by boats. For sure there is more.