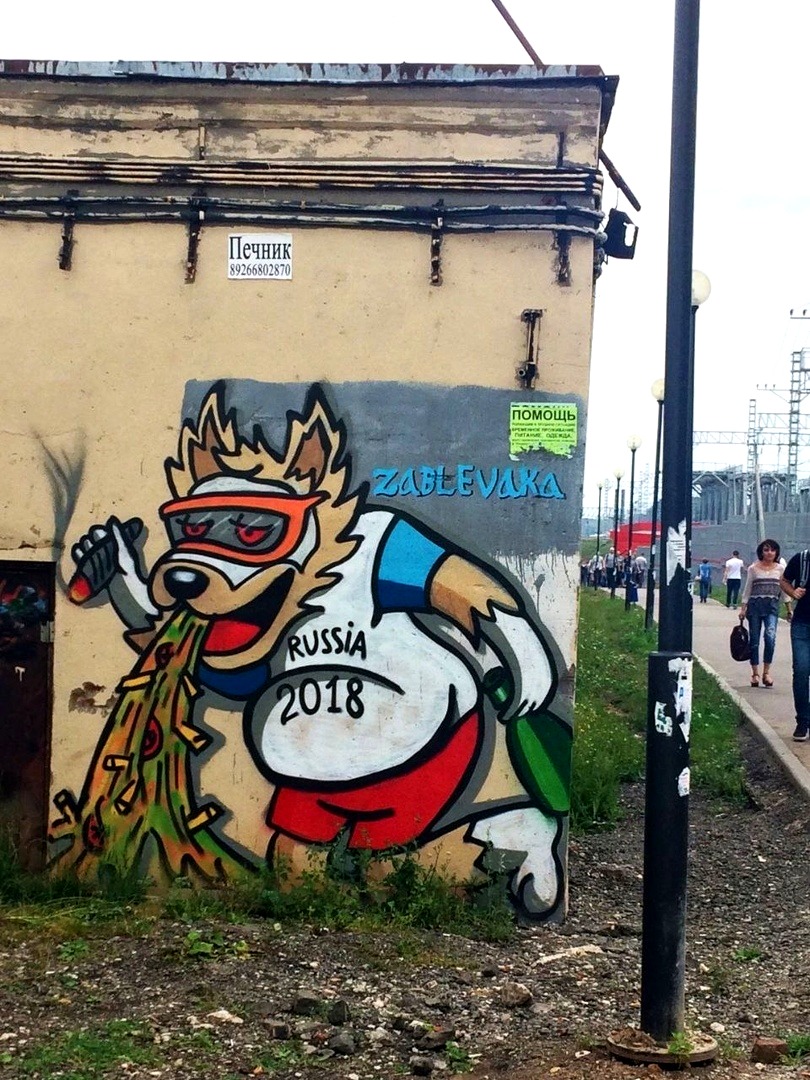 Artist make Zabivaka (World Cup Russia 2018 mascot) parody on a wall, called it “Zablevaka” – or “Throw up ka” – during World Cup. And it was removed, painted over. He didn’t give up. 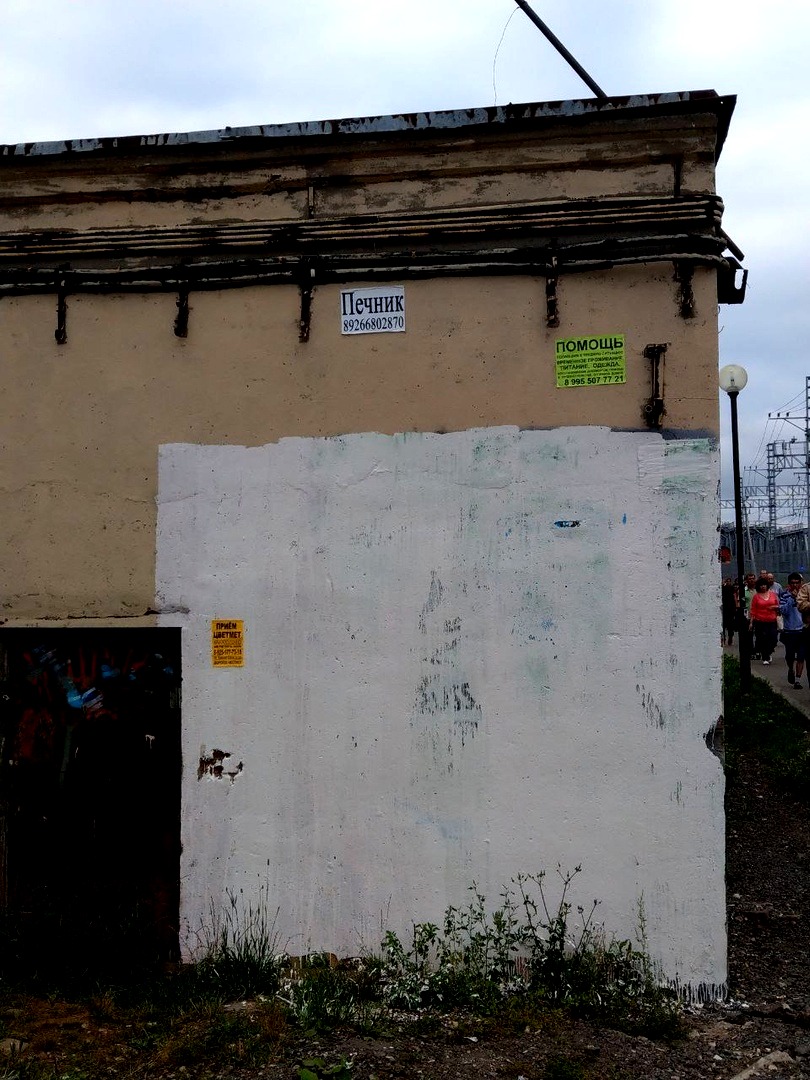 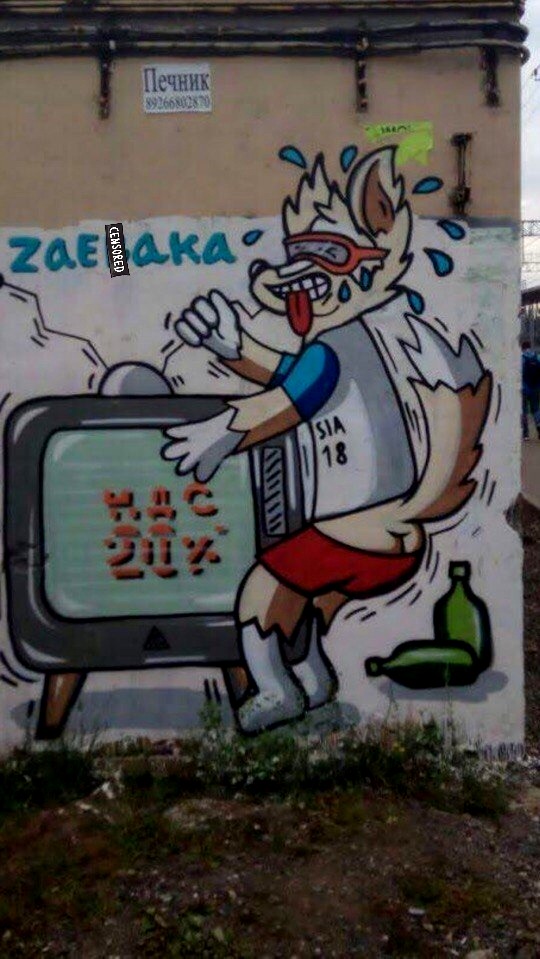 He made “Zaebaka” new version – means “Screw up ka”. TV shows NDS 20% which echo to recent Value Added Tax raise in Russia from 18 to 20 percent while people were watching football cup on TV. 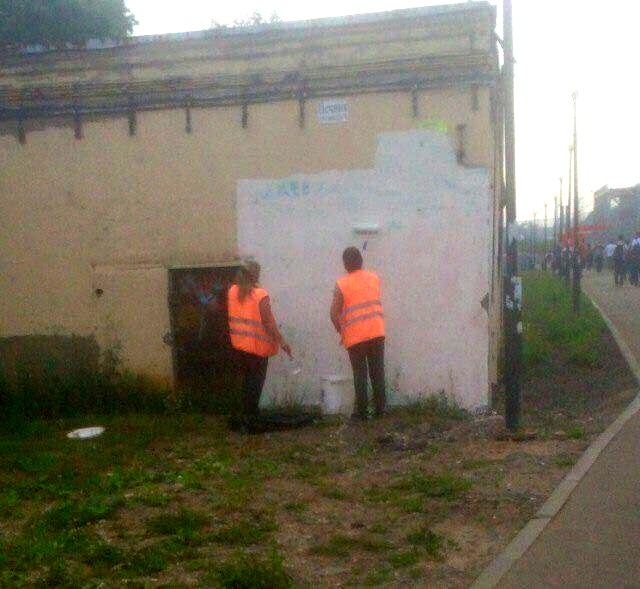 And it was removed. 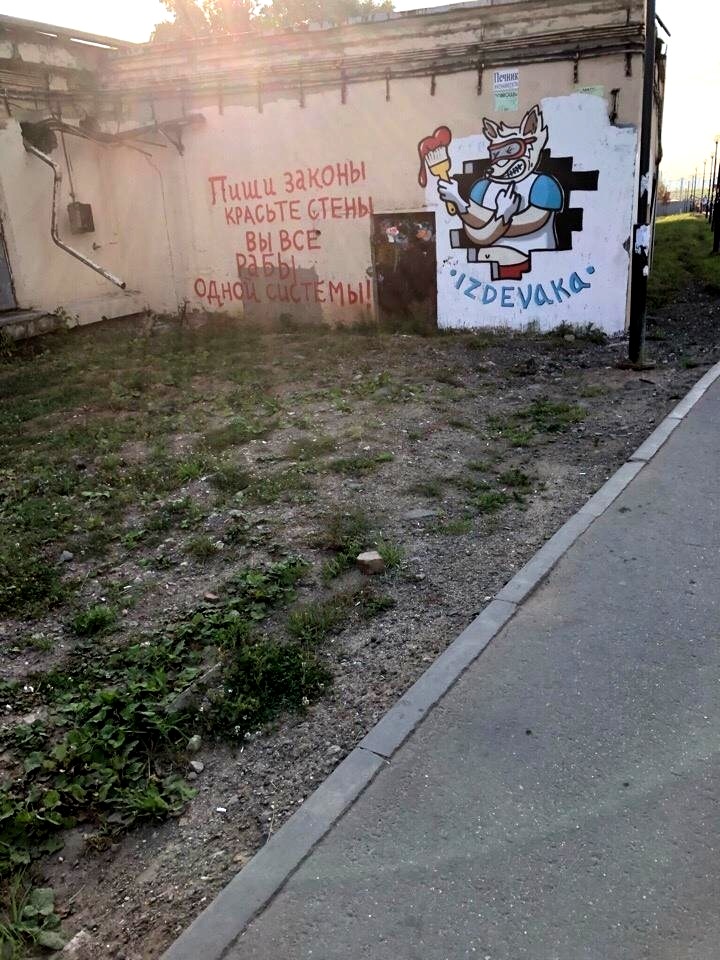 But new work appear: “Izdevaka”  or “Mockery-ka” also a phrase appeared: “Write your laws, paint your walls, you are still slaves of same system”.

Not sure if it is painted over already. But it will be.

EnglishRussia subscription – all photos on one page for one year: click here