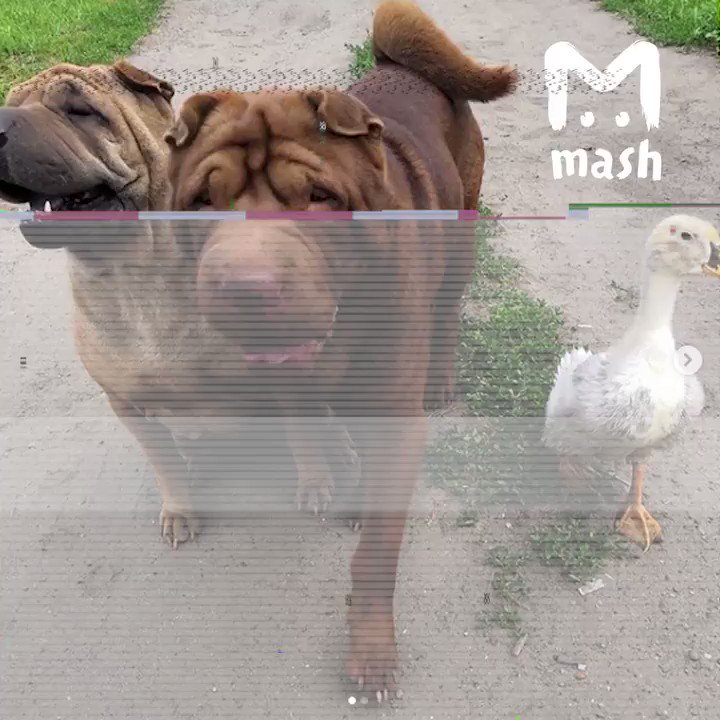 Two dogs got very friendly with a duckling. It is now called “Gav” which means “Bark” in Russian. Video:

“The duckling fell off the car in the middle of the highway. Anastacia (dog owner) couldn’t pass by and stopped to pick it up. Her two Pei dogs became insta friendly with a duck. Now they sleep together and eat from one bowl. The duckling became grown up duck now. And still doesn’t understand he is adopted.”