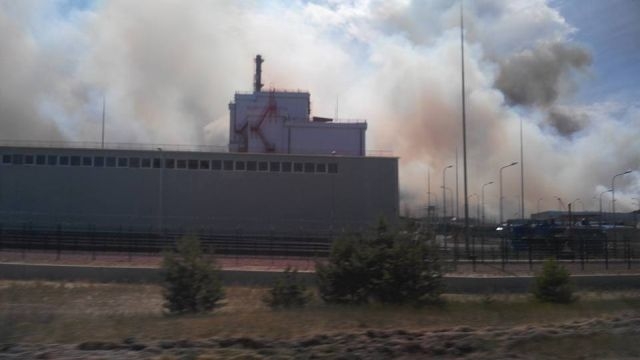 Emergency Service of Ukraine has been reported that a place called “rusty forest” is on fire. It’s called “rusty” because of its color – its brownish. Why is it brownish? That’s because it was first hit by a radioactive cloud from Chernobyl explosion. Still probably has high levels of radioactivity remnants. Over twelve hectars of forest is on fire. And fires are pretty close to Chernobyl itself. Hopefully it would be dealt fast.