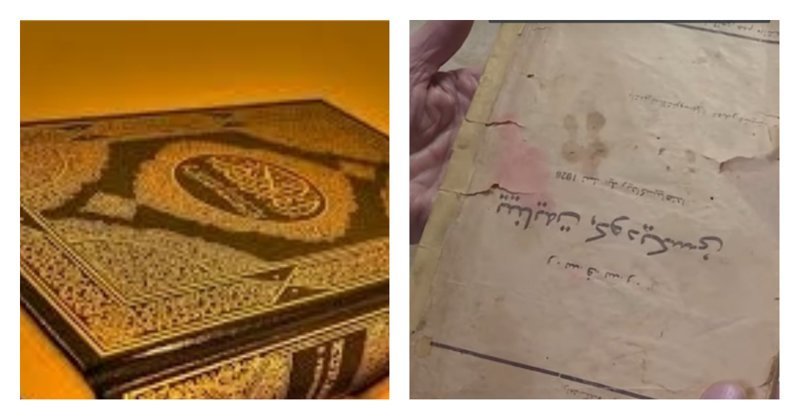 This was a rare book. She thought it was a holly book – a holy scripture of kind – she used it to put under the pillow of her son for health and luck. However it wasn’t a Quaran at all, it wasn’t even a religious book. It was a …

Right it was an early Soviet criminal code printed on Arabanian characters but in local Bashkirian language. The woman thought it was a family relic that was passed down from mother to a daughter.

“My mother told me you should cover it with fabric and put under the pillow of your kids so that they grow nice and well behaving, also sleep well” – tells the woman. However just now we realized its a 1926 Soviet Russian Federation Criminal Code.

The book was already accepted at local police station museum as a rare gift. However what’s most interesting in all this is that her son that was used to sleep with this book grew up and became a… policeman.

And here is a news video about it (in Russian):