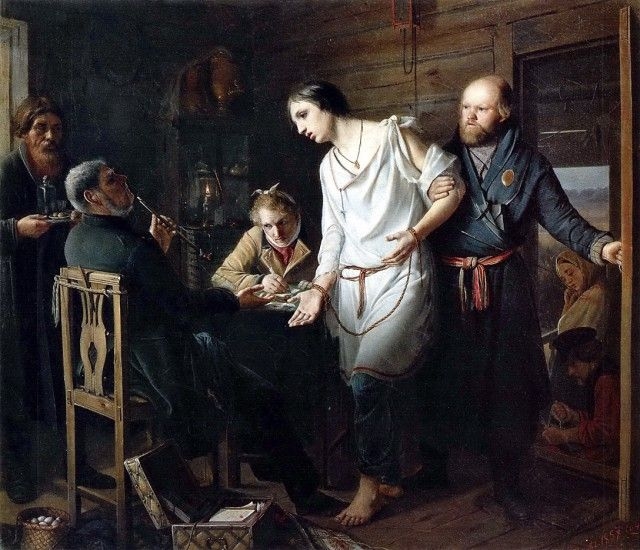 Well of course those are not actual photos but rather paintings of Russian artist Vasili Petrov. He lived in 19th century and his main topic was a life of people around him, so his art wasn’t only valued for its cultural form but also for historical expression. And here we have some of his brightest works. Like a first one above is called “Arrival of the main police officer to the investigation, 1957”. Here are some more pics: Orphaned kids at a cemetery. A teacher arrives to live to the house of the rich merchant. 1866. “Clean Monday” – day of the week when people were going to Banya – Bathing house. 1866. “A self studying janitor” – probably teaches himself to read. 1868. “Girl night out before the wedding, going to Banya (bathing house)”. 1870. And that’s it. Seeing this pics you can understand that life was not that easy back in 19th century.

5 thoughts on “Life on Russian People in 19th Century [photos]”