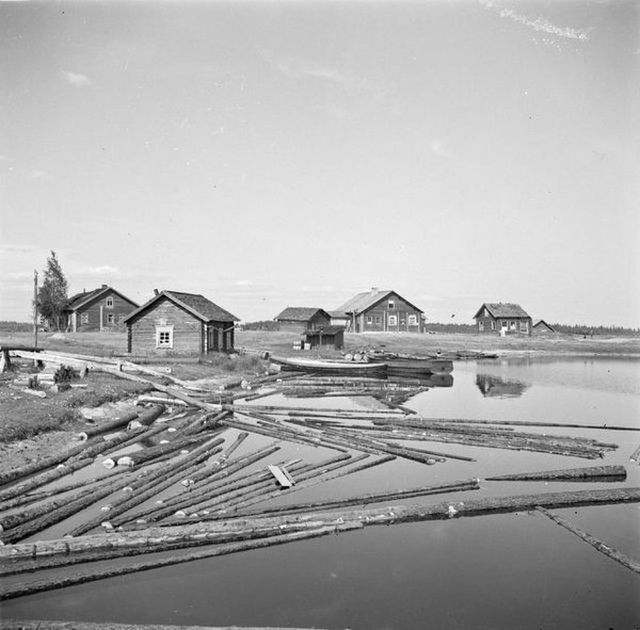 Karelia is a part of Russia next to Finland. During World War 2 it was actually occupied by Finnish/Nazi forces for some time and these are photos from that period that show how the people were typically living at that period of time in this region. Starting with a couple of the village houses standing on the shore. This is a villager named Stepan posing next to his house together with his wife. Their house is having a lot of empty space for some reason. This is his storage room. Strangely not many possessions he has. Maybe some of them were requisited by the occupants or he has hid his things before the enemy army approached. This is his “praying room”. He stays in it with his Finnish automatic rifle Suomi KP/31 equipped with a 20 bullet magazine. And this is his wife in a “prayer” room. A stove in the “praying room”. This is the part of the house where the animals lived. Also a barn from inside. A hand operated mill he had in the barn. A gate to the animals. And that’s it! Living off the grid was a norm at that time. No electricity, no car nothing fancy.