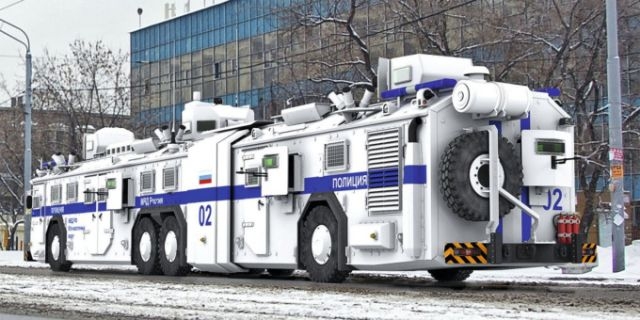 In the beginning of the month Russian websites featured this uber cool riot police bus as a latest anti riot vehicle that is already out on the streets in Moscow. They even had an interview with the engineer who worked in the project. However turns out it was an April’s Fool Joke. Or they backed up and want us all to think it’s a joke. Still if you haven’t seen the photos of this monster bus you can check them out here. They say it was just a clever 3D model rendered into the streets. But if they really have this one in stock it really looks very clever and just like a fortress. Still, you should admit it looks nice. And in case Russia will get a zombie apocalypse (not very likely) it can get very handy. Why would any state want such police vehicle, really?