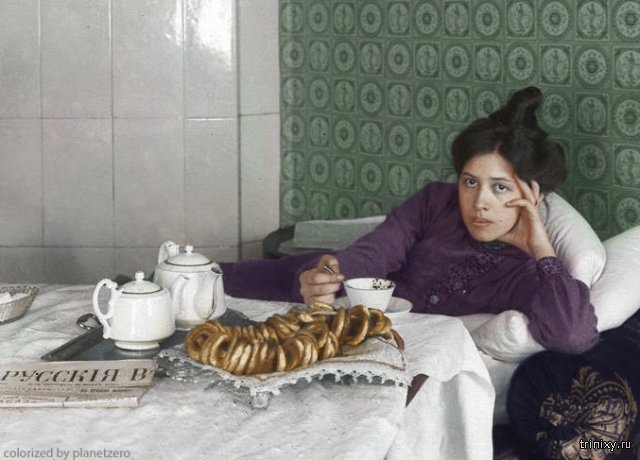 This is a new series of colorized photos of Russian Empire in early XX century. Probably very fine work – just look at the colors – they make the events happened so long ago look much closer to our time. Lenin, Trotsky, Tolstoy as well as just regular Russian people can be seen on those photos. Family of the photographer Karelin in 1897.