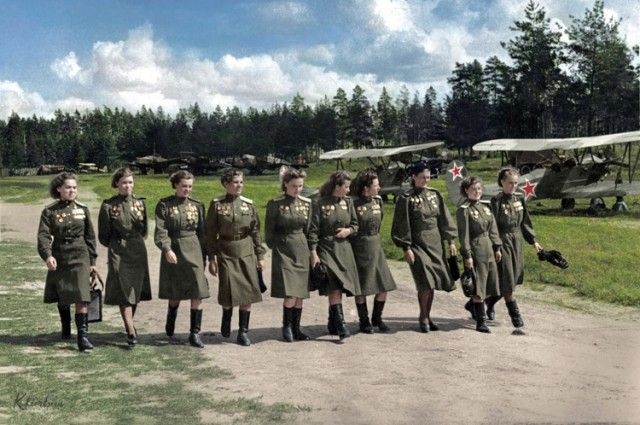 Olga is fond of turning old black and white photos into colorized ones. She is especially fond of World War 2 thematics. Her main job is an interpreter but at her free time she does this as a hobby. However she pays a lot of attention to detail to find the colors that would match the real life natural colors. And here is some of her works, storing with a “Night Witches” squad – female-only Soviet air force squadron. Soviet soldiers during the Staliningrad battle. Pilots on the briefing near Leningrad in 1944. Woman air force commander and her pilot also a female. 1943. Soviet soldiers track movements of the Nazi army in Crimea in 1941. Red Army in the Staliningrad. Soviet anti-tank artillerists. Look like they are watching something on a smartphone isn’t it? 3 thoughts on “WW2 Photos Come to Life with Colorization [photos]”