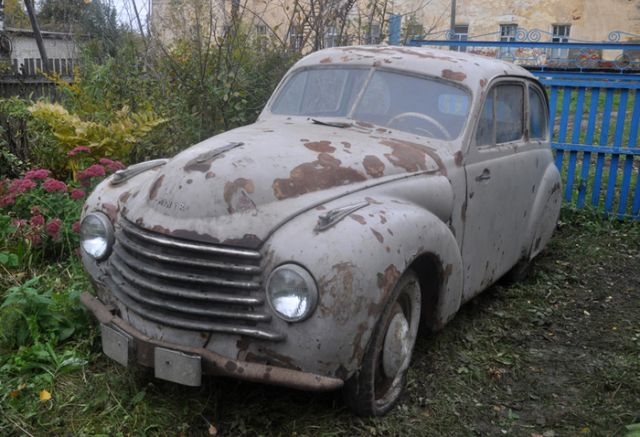 Today it’s sort of a date in Russia – sixty five years since Stalin’s death. For such an occassion here is a piece of history connected with the man. This old car wasÂ a gift to Stalin from Czechoslovakia. It was lost for over fifty years and in year 2013 resurfaced again. It was made by Czech republic workers in 1949. It was exclusive model made specially for Stalin. Here you can see a piece of paper sort of a postcard from them. Stalin was celebrating 70 year anniversary that year and Czech people made this car as a present. They called it “Aero Minor” In 1949 during Stalin anniversary there was a whole Expo in Moscow devoted to the presents Stalin has received from all over the world, including this rare car. Then in year 1975 when Stalin was already not very hip and despised even in USSR the car was sold to a private person and stayed without moving much till year 2013. It got into hands of enthusiasts who could identify the rarity. They began the restoration process. And now this unique car is fully restored and a piece of history has been saved!

4 thoughts on “Aero Minor: The Gift to the Stalin [photos]”