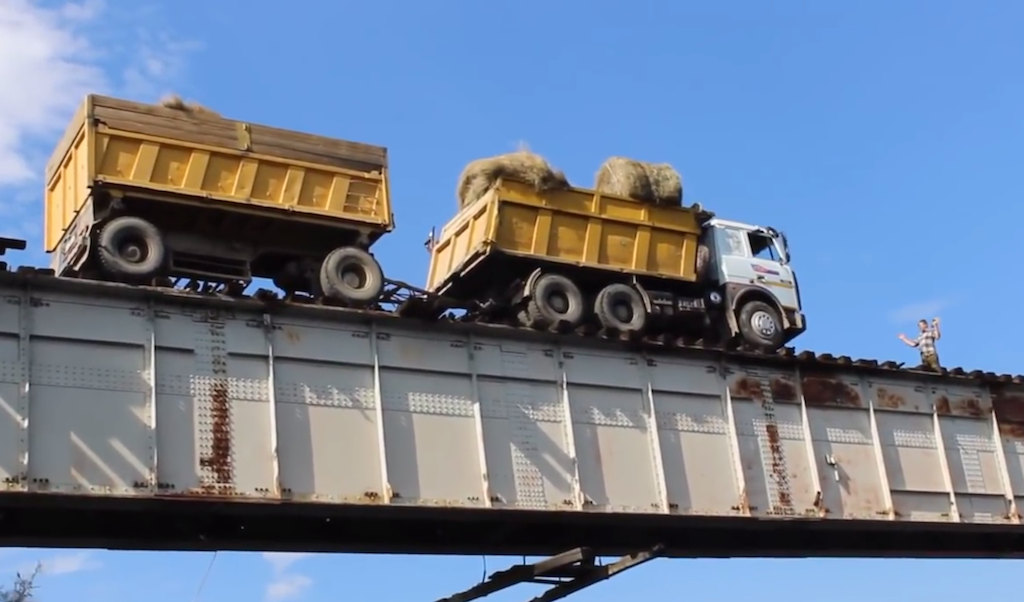 They call it most dangerous bridge in Siberia. It exceeds 500 meter in lengths and trucks have to slowly crawl all way thru it high above Siberian river Vitim. More photos and videos inside.

This is the video showing the process of crossing the river via this bridge. Not everyone dares to do this on his own. 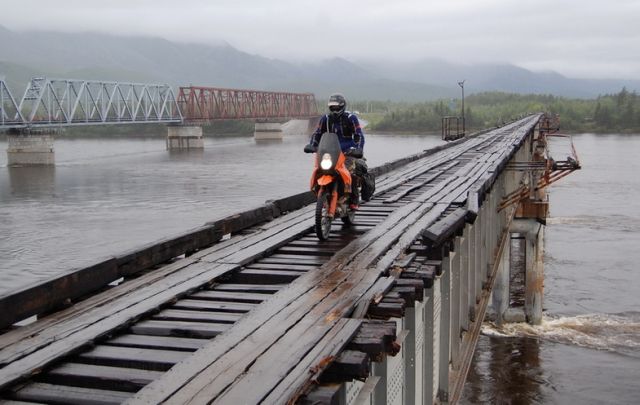 Motorcycle is the easiest way to pass thru this bridge.

Here is a first person video of the process: 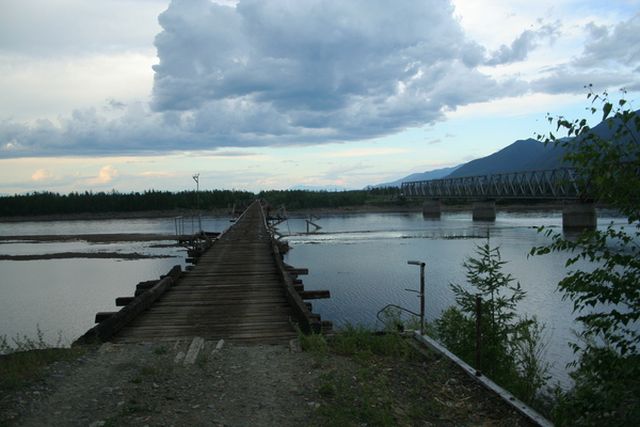 In reality its an old rail road bridge, however this is the shortest path across the river and the  truck drivers risk their lives to save a few kilometers of extra miles and gas.