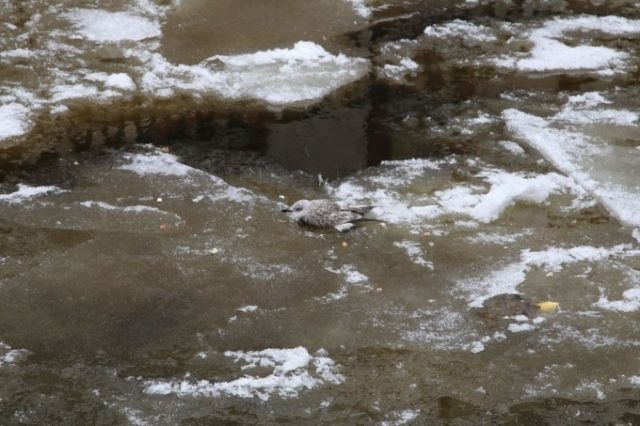 This happened in St.Petersburg a couple days ago. A guy was walking along the Neva river and spotted a seagull that had become frozen into the fresh ice. He wanted to save her but didn’t know what to do, so he called the Russian version of 911 – the 112 emergency line. However, after listen to him carefully the operator said they don’t handle things like this. He didn’t give up, however. He found some volunteers who help people in extreme cases for free and they agreed to arrive and save the bird. After they finally released the bird from the ice they confirmed that it is doing fine and sent it to a local vet.

1 thought on “Saving a Seagull Bird Frozen Into an Ice”