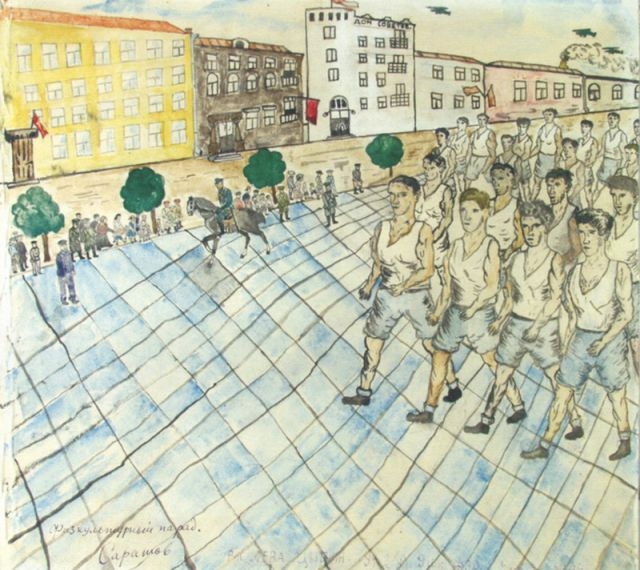 Let’s take a look at Soviet kids’ drawings back from 1930s. Kids were drawing things that surrounded them, things that they saw, and this is how it looked like. Some of the drawings kids were sending to children Soviet magazines and they got published so survived till our age together with exact year published often an age of the artist.  Some are masterpieces.  First one is a “Physical Training Men Parade” by 9 year old Russian kid from Saratov. 1935. “Studying is light, not studying is darkness” 1931. 3 thoughts on “Soviet Kids Drawings Back from 1930s”