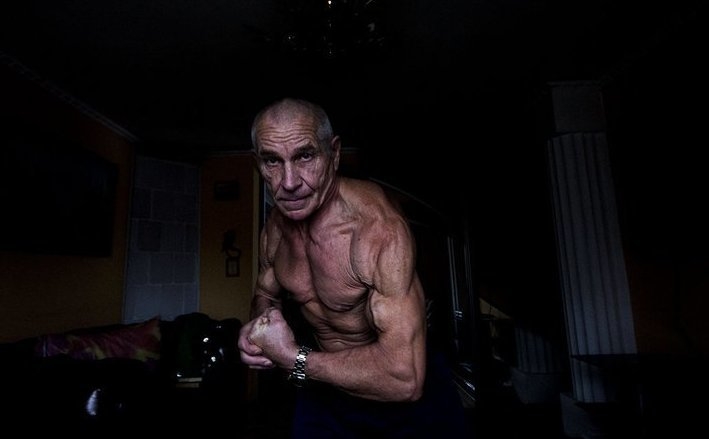 “I am very insulted when someone wants me to give his seat in the bus”, says the man. He goes to his self made gym for forty minutes every day. He wants to beat his aging and as of now he is pretty firm at his position. He doesn’t look much at his age, says the journalist who visits him. He built his own gym at his backyard. He is training for almost three hours every day. Forty minutes in the morning and two hours in the evening. All training equipment he made himself too. He says he is going to gym since 1971. He never used any anabolic steroids or any other chemical “enhancers”. He doesn’t eat proteins or some other atheletes nutrition. Just normal food, however more frequent than normal people do – five six times a day he is having a meal. “I don’t feel I am seventy years old”, says old man. He says that women still are after him and he is still having “all muscles working well, above the waist and below the waist too”. “Man should have silver color on his head, gold in his pocket and iron in his pants”, says Victor, “that’s how I see it”.