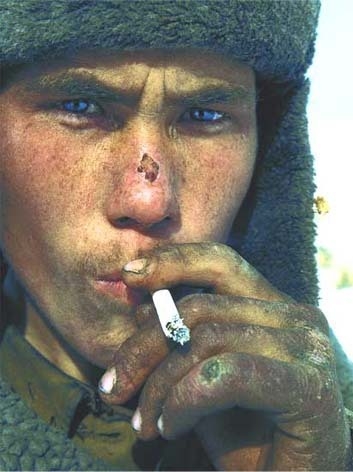 Those are strong photos. Those are faces of young Russian soldiers who fought the war in Chechnya in 1990s. Many of them are just eighteen years old and were thrown into a real war against a strong enemy. The battles were taking place in winter it was cold and the enemy could hide anywhere. If they got captured by the enemy they almost always were tortured with knives, their ears got cut off etc. So they had too fight. “We will cut Russians like sheep” was a moto of Chechen warriors. Some of them were just a few months out of the high school.