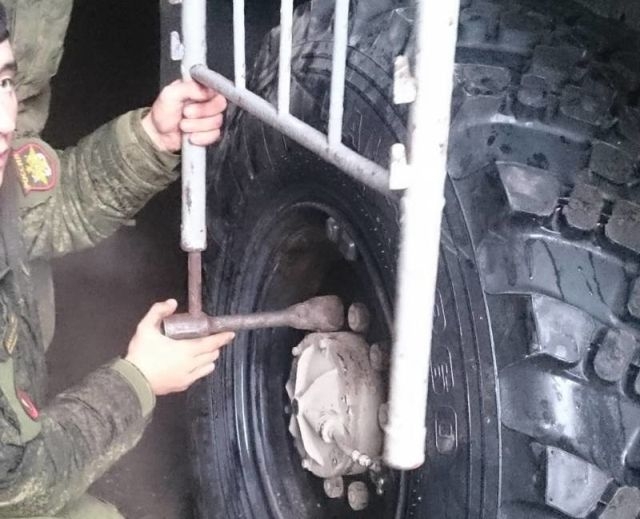 A collection of funny and curious photos from Russian army lies ahead. Are you ready for your dose of Russian army? Making a nice photo from the army is a must. When you need to charge a lot of devices but got only one outlet. “Using phones is prohibited. This is place for your phone”. This is sort of punishment for those using phone secretly. If squad got something wrong they can be occupied in a following training: alarm is ringing and everyone have to carry everything from barracks outside. Preferably its being done in 4:00AM. Then alarm rings again and everyone rushes to carry stuff back inside. Another way to punish a soldier. “Soldier! Think well before coming inside and asking so shit!” (this is an office of a commander) Not very effective way of sweeping the platz. Based on a system in Russia that students are excused from compulsory army service till they get the diploma. The guy in the army probably dropped out of the college and already is in the army. Army generals and commanders have a saying: “Best of all when the soldier is occupied”. So here are soldiers doing geometrically correct snow piles, measured by a measure stick. Another way to charge soldiers phone. Evolution of a soldier. Every place is good for sleeping soldiers say. The lack of sleep is a common problem soldiers complain about. “You turn off your antivirus and then you get your face beaten”. “Beware soldier, enemy is on the line, hearing you” Enemy is using “Pear” macbook which is a parody for an American soldier using a Mac. Also has a NATO sign on his hand.

7 thoughts on “Meanwhile in the Russian Army”