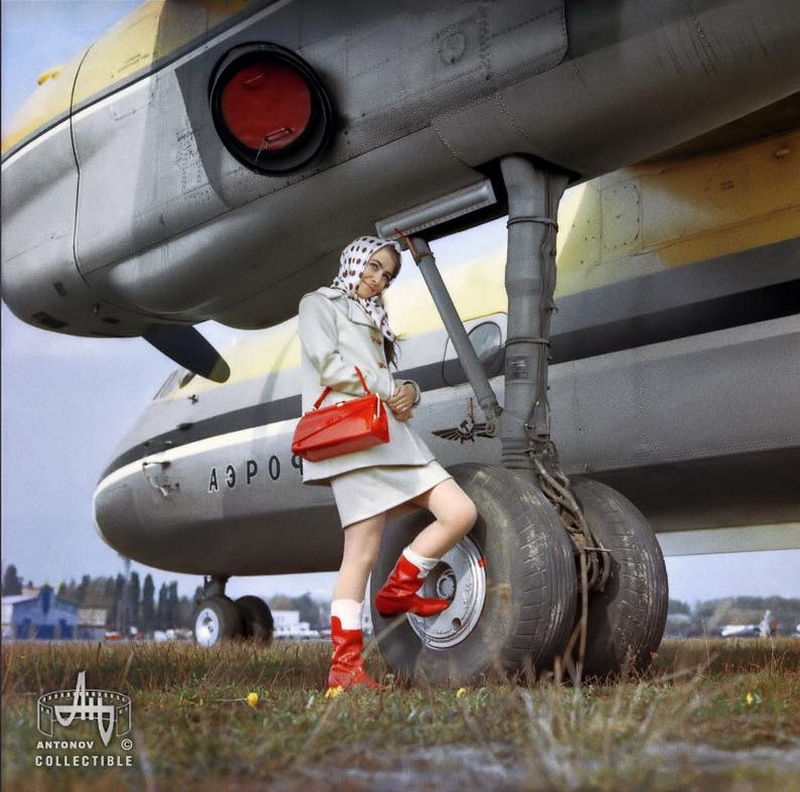 A few photos of Soviet vintage Antonov airplane ads target to Western buyers. Because the managers of the company was reasonably thinking that most of the buyers of the planes from abroad would be men, they decided to put women on the pictures. At first they tested this ad trick at Soviet generals showing them a woman who stopped her Volga car beaneath AN plane propellers, inspecting them, thus accenting their attention on the benefits of higher position of engines placement. Then ANTONOV started making passenger planes and presented them at New York and other air shows. Sometimes they made photos themselves but sometimes hire Soviet professionals to make photo sessions. Some of those photos were never seen before, as were never approved by Communist executives for abroad use and were stored in Antonov archives. And now they released them for our viewing pleasure.