This is not a Star Wars fan creation. Not a children attraction neither. This is a pretty serious product which helped a lot to develop latest stage of Soviet space program. Before launching and landing self-piloting autonomous Buran space shuttle Soviet scientists had to build an analogue of the shuttle for actual flights around in atmosphere. Sort of a plane which looked exactly like space shuttle. And to make it possible they firstly made it out wood. Now we can model such things on computers with just easy mouse movements and clicks. But before they had to build actual things out of wood to see how they would look and work. 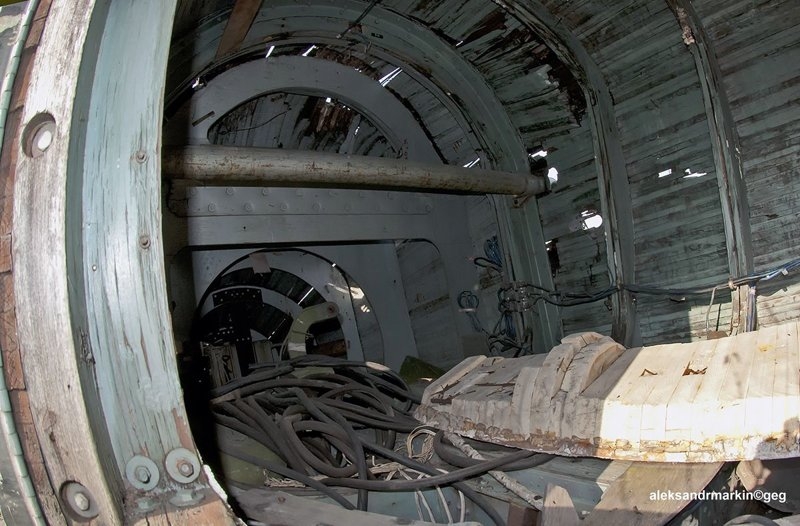 And even insides looked like a future space ship. However it was 1:2 scale model, not actual full size. They even now still have some cables inside, however in total this object is in full neglect, thirty years after the it was built.