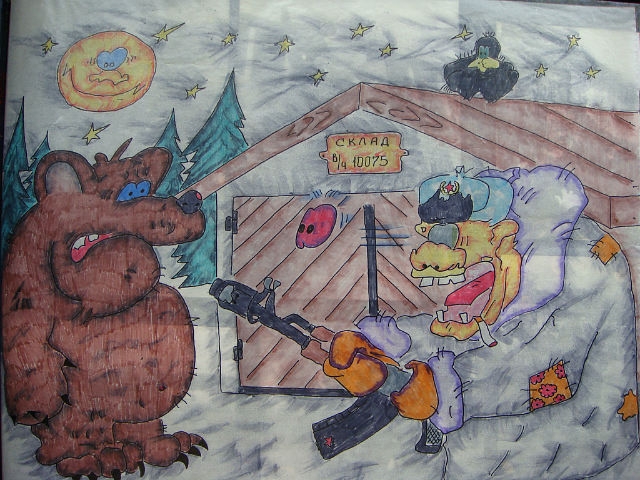 Russian and Soviet paratroopers service was considered one of the most hard in Russian army. Only the most fit were accepted. And here is one of the ex soldiers decided to draw his experience while in the army. Here are the pics. Hard to do chores, especially first half of the year of the service. Soldiers are meant to track targets but instead.. Girls at home drink for the ones who “under the domes” – under the parachutes. This is how he sees his service. Travelling to the West.