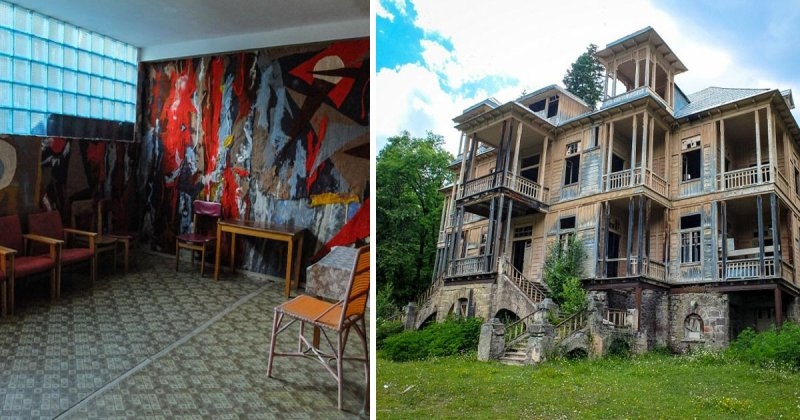 In mountain region of Georgia you can see a monument reminding us of the Soviet past. Hidden behind the Caucasian mountain ridge, Shovi resort stays forgotten for already a few decades. Looking at the picturesque landscapes around you understand why it was called “Georgian Switzerland”, one of the best place to spend your vacation during USSR “Golden Age”. One of the abandoned hotels around. This place was known for its rejuvinating mineral water. Even Joseph Stalin had a small cabin somewhere near as he was fan of local red wines. This resort was opened in 1926 just a few years after Soviet power was established. Communist party bosses from USSR and other Eastern countries spent their time here. After USSR collapse and numerous wars in this region most of the resorts were destroyed or just abandoned. However recently new stream of investemnts started arriving into this place.