This Russian car, the passenger van, was enchanting many Russian people when it appeared in a cult Soviet movie about Shurik. Soviet people were arguing if its Soviet creation or an imported luxury. Some even thought this was a self-made car. But it wasn’t. Here is a scene from that movie. It was built by a North Donetsk Soviet automotive company. During Khruschev they received some kind of autonomy in decision making and their director decided to design a minivan for Soviet people. He got pretty successful with this and even got published an article in Soviet main driver magazine “Za Rulem” (Behind the Wheel). Then scientists from Kharkov Automotive Institute joined the project. And also a talented Soviet designer Yuri Andros. Here is him making a van model. This is another scale model. The front grill differs a bit from the series car. Design was a big issue. There was no design school in USSR and there was no word design in Soviet vocabulary. However Yuri made something that can be called most futuristic van on the planet Earth during 1960s.

Of course he was inspired by American car making of that era. Here is an American van Corvair Greenbair of that times to compare. ..and here is the North Donetsk product, to tell the truth, it looks better, isn’t it?
Taking in consideration small company in Ukraine didn’t have any funds or possibilities like American or even Soviet giants had. It was semi-self-made Soviet start up, which however surprised everyone with nice design. Here is a cabin of one of the survived cars. Doesn’t look so nice now. The process of creation of car’s body was very hard and expensive.
However they worked very fast. They say it took just one and half month to move from a scale model to finished working car! And this first car went 1,000 km North to show itself in Moscow. Not towed, not transported, just went itself like a normal car.

They say Nikita Kruschev was so impressed by the car that he ordered to send fifty new GAZ-21 Volga cars to Donetsk company so that they can use them for fifty new vans. And they indeed built those fifty first cars. However year later the situation in the country has changed. The economic autonomy ended for such companies as theirs and new GAZ-21 cars were not arriving to them anymore.

They had to make single cars and couldn’t run series any more. Then a few years later they again were noticed by Communist leaders. Their van was sent to tests to certify it and participate in a competition. USSR wanted to use new vans to run at passenger routes in cities and they were selecting between this and another small company from Latvia. 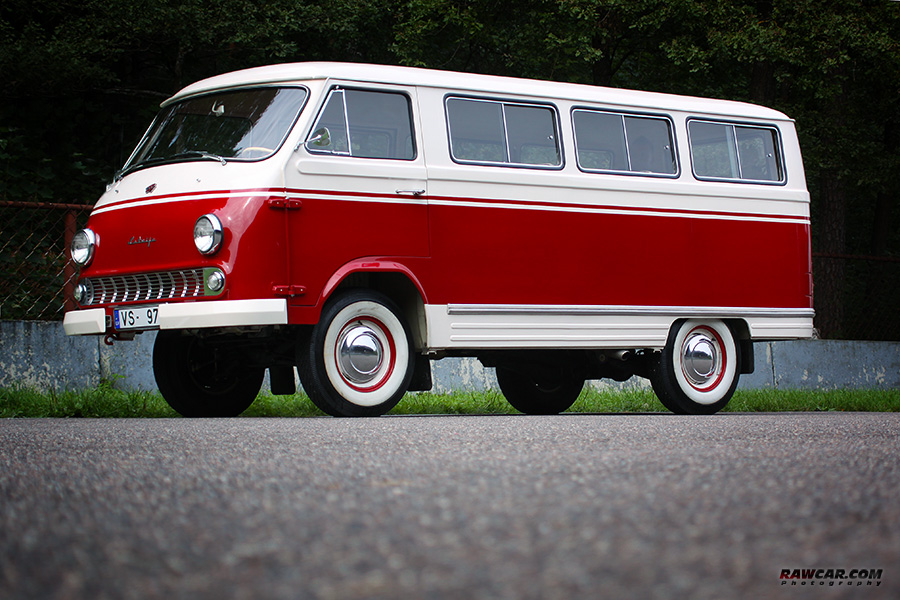 Here is a Latvian van, it was called RAF 977 “LATVIA”. It was not so bright by design, but it had a metal body, which was much cheaper in production costs. It also won in all other test groups, was easier to driver, faster, etc, though it used same GAZ-21 Volga frame and parts. So it has been chosen to be used. Some of the future vans of this design were continued to be made in Donetsk and some also in Lugansk (just imagine what’s now happened to Donetsk and Lugansk). This one above is a Lugansk version of the van.

That’s the same car depicted by famous Soviet artist of that times.

Another survived car. The name of the model was “Start”. Glass plastic bodies of those old cars don’t afraid of rust, like normal cars, so they are easy to restore. And a few more photos of this car. 7 thoughts on “Why Did Soviet Most Nice Looking Van Fail”