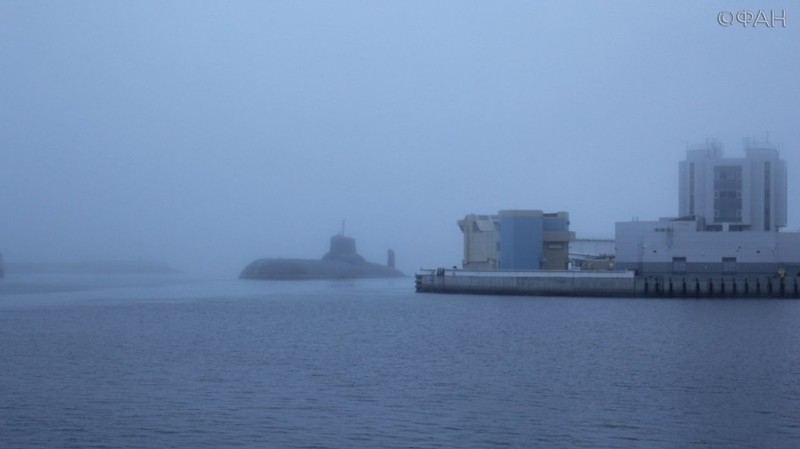 Russian Dmitry Donskoy atomic submarine and Peter the Great battlecruiser arrived to St.Petersburg to participate in Navy Day Parade today. Here are some photos and also a video of the whole parade. It’s the first time such big ships participate in a Navy parade. Here are them both entering St.Petersburg suburbs – Kronstadt on the Kotlin Island in the Gulf of Finland. Oleg, the photographer say you don’t need to go and choose some specific location to make the photo: the ships so big you can take good photo from any place in a port. Peter the Great or Pyotr Velikij battlecruiser was initally named Yuri Andropov. But was renamed after USSR fall. The Russian designation for the type is “heavy missile cruiser”, but Western defense commentators re-invented the term “battlecruiser” to describe these as they are the largest surface combatant warships in the world. Construction of the ship was heavily affected by the economic problems before and after the fall of the Soviet Union and it was not commissioned until 1998, twelve years after work had started. Pyotr Velikiy has been known to carry two pennant numbers during its service; “183” and currently “099”. With the decommissioning and scrapping of two other Typhoon sister boats, this is the largest submarine in the world in active service. At 175 metres in length, she became the world’s largest submarine, a record held along with other Typhoon-class submarines. Dmitriy Donskoy and the rest of the Typhoons are to be replaced by the Russian fourth generation submarine class, the Borey class. But for now it’s active and the biggest in the world.

And here is the video of the parade: