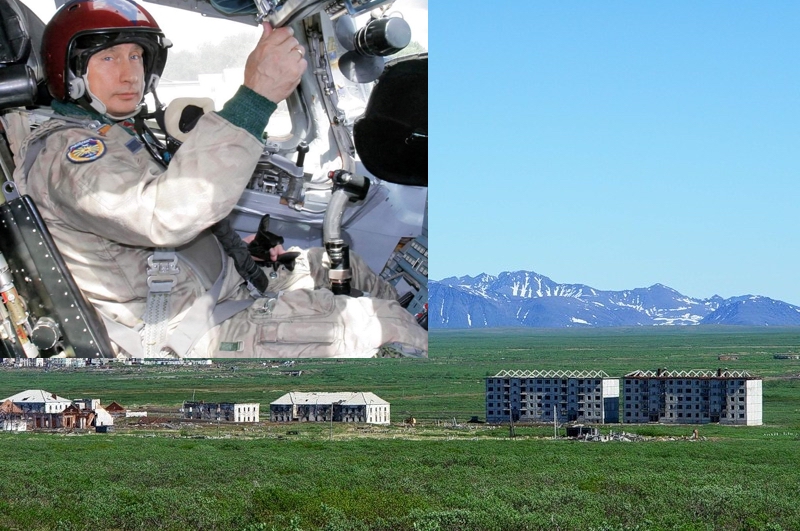 If someone tells you Vladimir Putin was bombing Russian cities, don’t rush to call him crazy. It’s partly true. Probably not a city, more like a town, and not inhabited by people but 10,000 of the inhabitants evicted a few years before this happened. This all happened in 2005 in a Halmer-U. Ruins of ex-town Halmer-U stay 60 km North-East from Vorkuta city. The name of the town translates as “River by the cemetery” from the local people’s dialect. Even before the town appeared local people were burring their dead here and considered the place to be sacred. Like most of the towns around it appeared thanks to coal mining. In 1942 geologists discovered high quality coals here. However geologists expedition almost ended as a tragedy – the geologists got cut off from Vorkuta due to bad weather and rescue mission could reach them only a few months later.

Then they still founded a town here. The population was below 10,000 people and was declining since 1959. It was pretty nice town considering its Northern location – it had a library, two kindergartens, normal and musical schools, working people school, hospital, different services, bakery, shops. The Northernmost in Komi region grocery was also here. It was popular not only among the locals but also for nomadic local people, deer herders of all kinds. They were buying here food, canned meats, vodka etc for months ahead. In 1993 the mine was closed. And no mine means no town any more. Every person of the city was given a compensation of 250,000 rubles to move away by Russian government. Also they paid all shipping expenses and four month salary in advance. Russian historian consider it to be very costly for Russian budget. And also the funds were delayed and all went not so smoothly at all. In 1995 the funding of the town stopped completely. The central heating was turned off. Around hundred families still living there used firewood to heat their homes. Same year, 1995, final liquidation of the town began, using OMON police special forces. As witnesses recall police was knocked out the home doors and drove people into the railroad cars by force. Many people weren’t be able to get new apartments at their new locations. Ruins of the local school. Inside of the school. But those ruins don’t represent whole Halmer-U town. The most of the houses were wooden, but when people were driven away from here, the houses were torched. So only brick-layed stoves stay somewhere, reminding that houses were here. Some patriotic nostalgic people of the Halmer-U town return to the place even now each summer. They throw parties in the building of the ex-“House of Culture”. 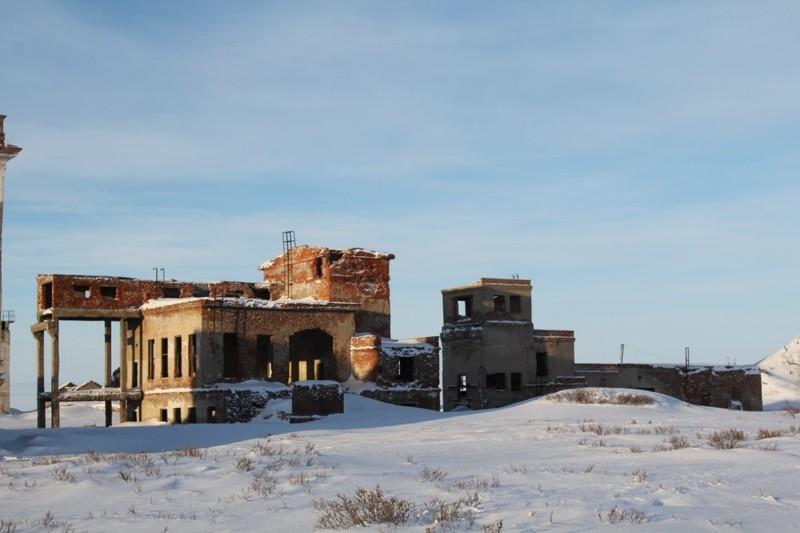 Even in winter you can reach the place by hitch-hiking and its easier than you think, as a winter road from Vorkuta to North Ocean coast lies nearby and truck drivers are ready to help travellers. Then, ten years ago, this place started to be used as a shooting range for the army. They called it “Pemboy” and test cruise missiles here. However territory is not fenced and is not guarded – occasional witnesses are not big issue here as not many travellers reach this place. This is what left from the coal mine itself. It was built in 1951, started working in 1957, it was projected to produce 600,000 tons of coal each year. However never reached this number. Also it was badly built so was constantly needed rebuilding. It was stopped in 1994 but its buildings were never fully destroyed. This was a railway station building. The only link to a “mainland” was a narrow railway going to Vorkuta. Train was going twice a day during USSR times and had 2-3 train cars. It took 2.5 hours to reach the Vorkuta city. Last train went off October 30th, 1995. Now the railroad is destroyed and only a mound is left which can guide a person to the town. So what about president Putin bombing this town? 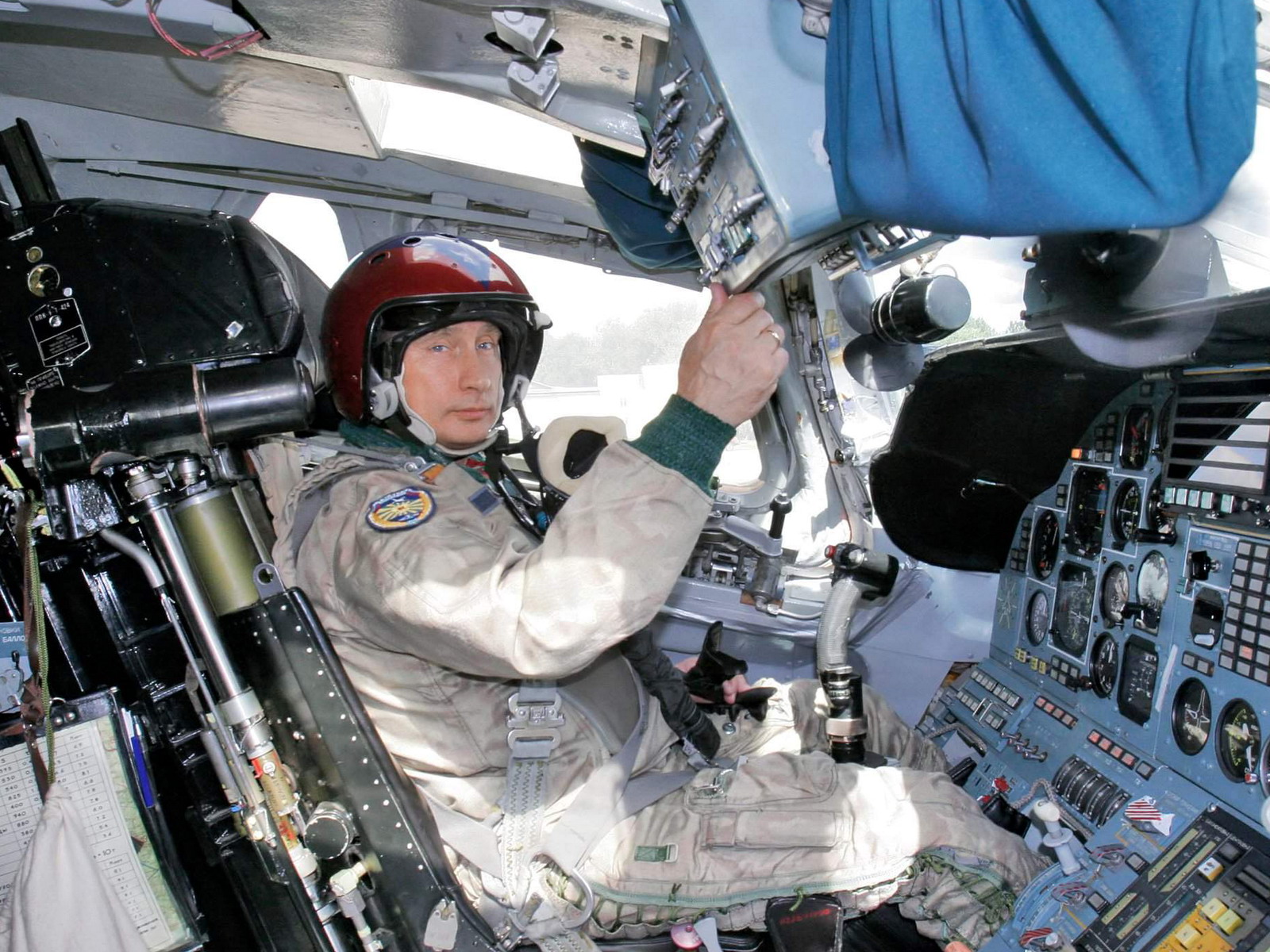 It happened in 2005. Vladimir Putin was boarding a TU-160 strategic bomber as a second pilot. It was said he was allowed to shoot a cruise missile and it was guided right into this “House of Culture” on the photo above which now bares “I am hurt” sign.

Here is the video report of his flight:

At 3:33 time mark on the video you can see his plane shooting cruise missiles. 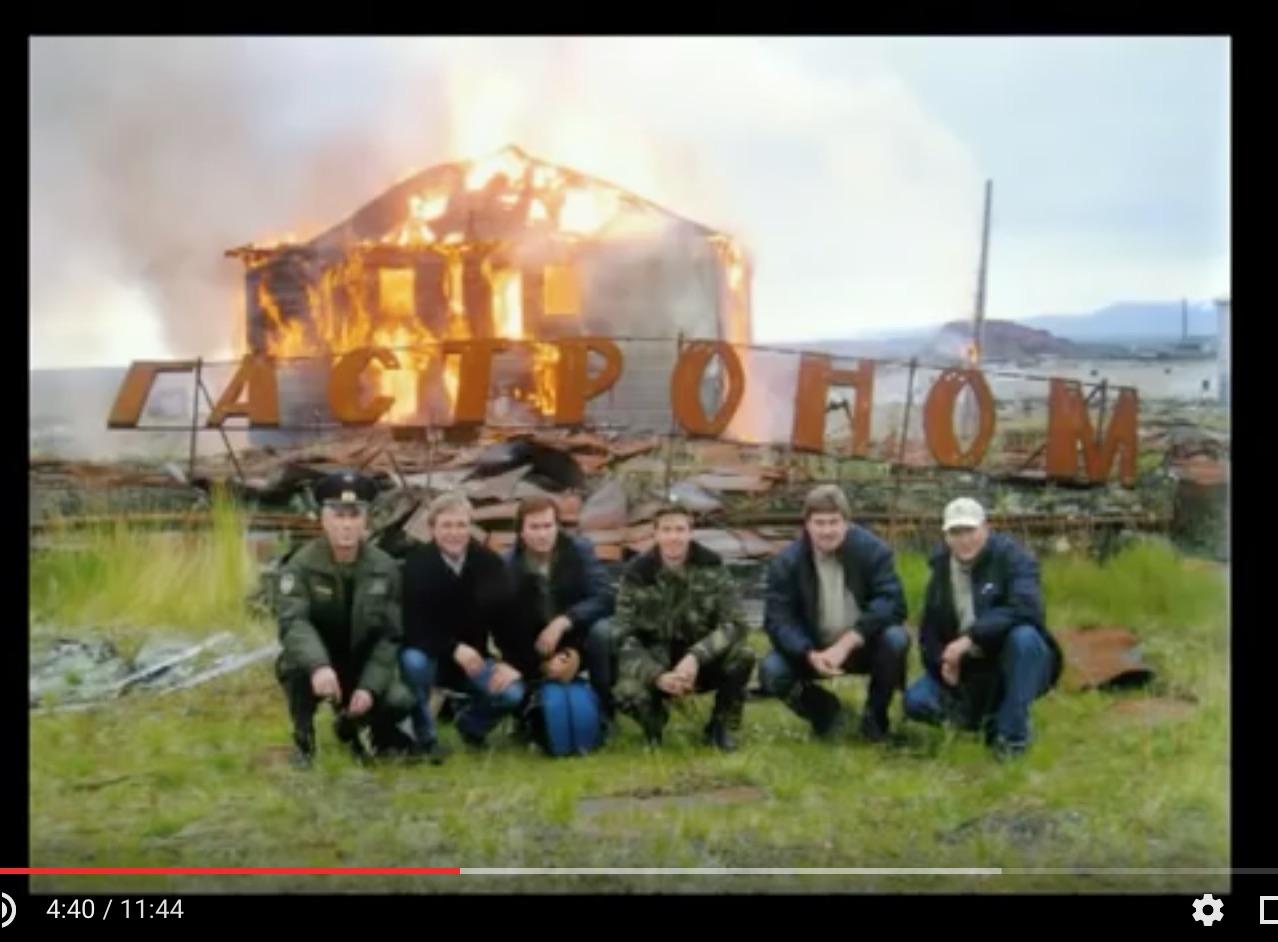 At 4:40 you can see the bombed “Grocery” shop in flames from the beginning of this posting with officers  posing next to it.

So they bombed the town together with president and happy now. And this is it now. “Halmer U is in our hearts”. And that’s it hope you enjoyed this story!

5 thoughts on “Ghost cities of Russia: Halmer-U Town That President Putin Dropped a Bomb At”