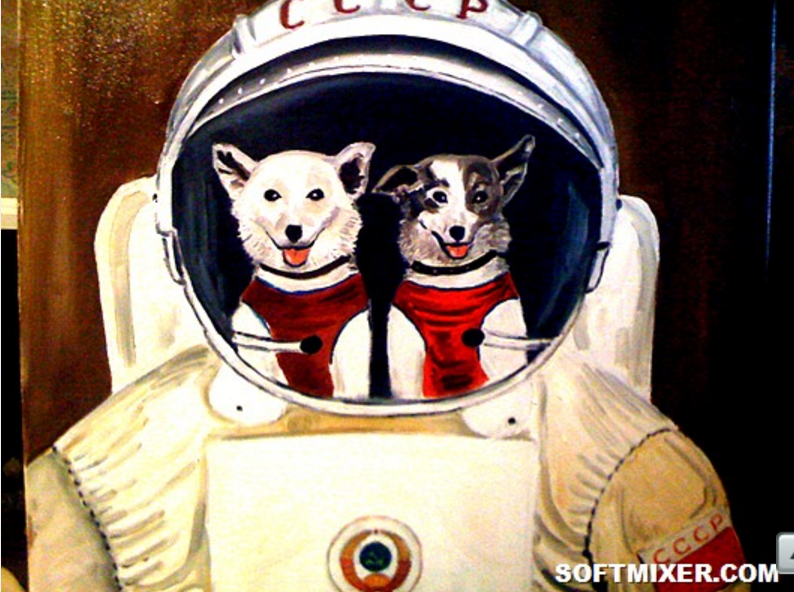 On yesterday’s date, 22 July 1951, first recorded live animals from the Earth has gone to space. Sixty-six years ago two Russian dogs – Dezik (Daisy) and Tsigan (Gypsie) has landed a rocket and were fired into space. Those were regular stray dogs – no specific breed or pedigree. They were launched on board of a ballistic missile R-1B from the Kapustin Yar shooting range at 4:00am July 22, 1951. They reached the boundary with space and returned. The flight was around 20 minutes long.

Now, thanks to Daisy and Gypsie all the following live beings flights to space, including the manned ones were deemed to be possible. This is their rocket R-1B to the right, and place where two dogs sat, on top of it.
And a schematics of their flight, including kilometers of height.

The animals were doing well during flight, however during the landing Gypsie got a small wound – scratched skin on his belly. He didn’t fly to space anymore. Though his status has changed dramatically after this flight. From a regular stray dog he turned into a pet of a chief of State Comittee for Rocket Science. But Daisy had to fly one more time, now with a new partner – dog called Lisa (Fox). Seven days later Daisy and Fox went to the stars again. This time the flight was turned to be a tragedy.