Twenty-seven year old teacher Ilya from Stavropol found a crop circle in Rostov region yesterday. He found it because his GPS got him lost in the small roads and he found himself in middle of a field. Ilya went outside and noticed that some grass are crushed in a neat fashion at approximately 45 degree angle. He started to think that they all follow some kind of a pattern and it should be a crop circle, like in England and other countries.

So he decided to come back here with his friend who got a drone, flying camera and take a look from above. The local farmers seemed not to care about this and probably didn’t even notice they have something on their field. 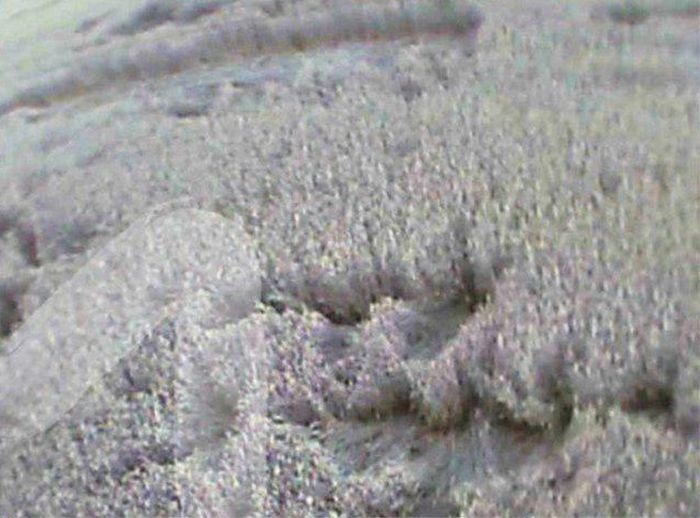 When he got back later with a flying camera they took it in the air and was kind of disappointed. The crop circle seems to be very chaotic and doesn’t bare any visual sense. Just like you could expect from a crop circle in Russia. Though Ilya is still having hope that this is some kind of a encrypted message, sort of QR code or a waveform.