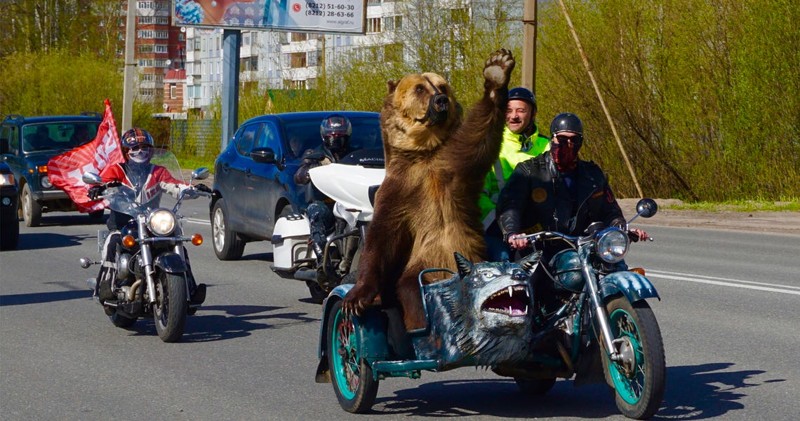 When someone going to tell you next time that “bears on Russian streets” is a stupid stereotype, don’t believe them. Show them this posting. Last week a bear wasn’t even just wandering streets of Arkhangelsk city. It was riding on a bike sidecar greeting people of the city. 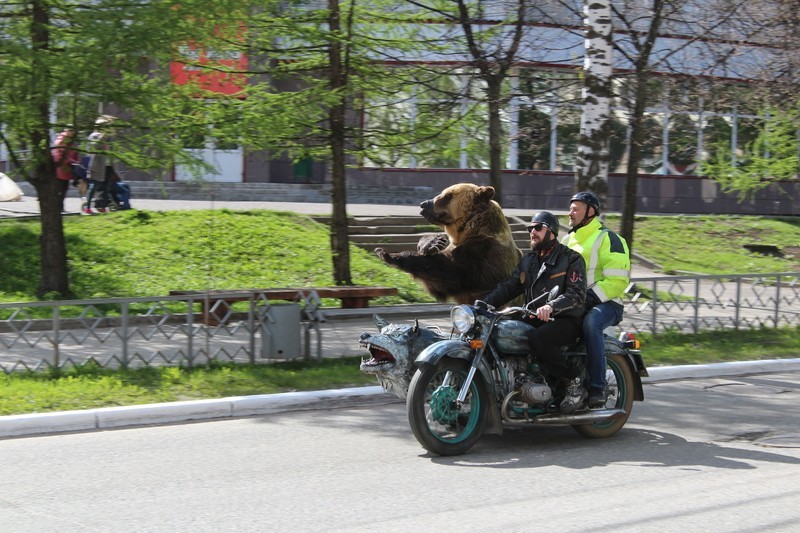 Basically what’s this all about is just a circus advertisement, however bear is real and he really was cruising the streets. 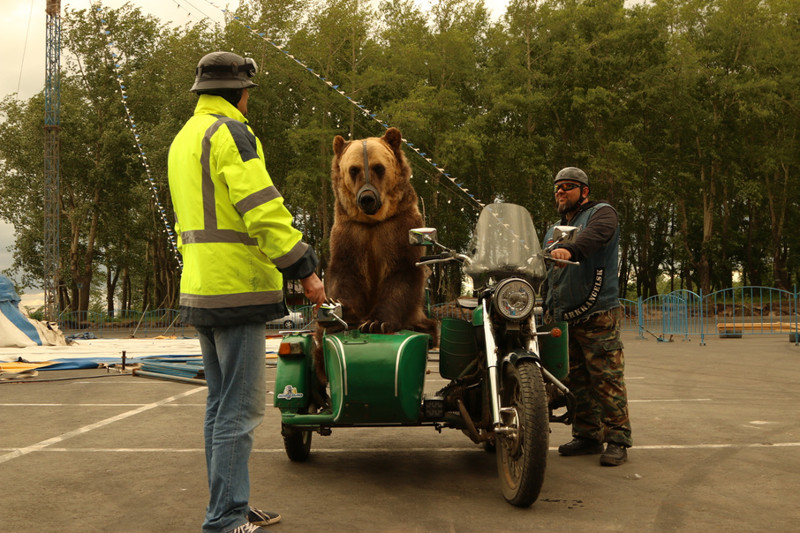 And his owners say he likes this kind of fun – climbs the moto sidecar with joy and waits when he is going to the next ride.