Grain elevators are used to store grain and grain is used to make bread and bread is head to everything as Russian saying goes. It’s not easy to support Russian population without necessary amounts of grain stored, especially thru winter months. For this purposes to satisfy large Russian cities with bread these structures are being built, out of rough gray concrete. 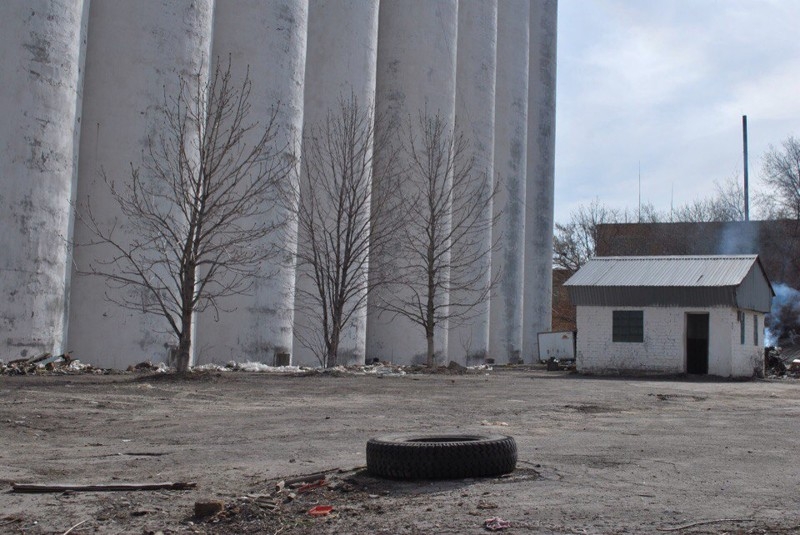 They are really huge in size and some of them staying abandoned already from Soviet times. And here is a collection of some of those across Russian cities. Often being built inside the cities like this one from Saratov city, Russia with almost 1,000,000 population. Or sometimes outside the city in the fields to collect grain from farmers, this one is in the Ural mountains. Some are already out of use. During Soviet times the need for grain was higher, as there was little imported food and collective farms had to supply every need of Soviet citizen. So these abandoned ones stay now across all Russia and nearest ex-Soviet states. This is a group of grain elevators near Yaroslavl Russia. And those are abandoned elevators in Arzamas city. Youngsters fond of climbing those as they remind them set of some post apocalyptic movie. Some were built on shore for easy ship loading/unloading, like this one in Rostov-on-Don. And some abandoned ones are already destroyed, like this one in Yekaterinburg, Russia.

But some are pretty intact and working since Soviet era. Moscow had its grain elevators too. This one is being demolished now as it borders now-luxurious Moscow-City high tower area where towers with tens of floors being erected lately, so old buildings are being removed to free the land and not to worsen the view. Elevators were often built near the rails and now some trains stay in same abandoned condition as elevators do. See those dots? These are birds. Big friends of grain and elevators. Another Moscow elevator built in the Moscow river port. In winter they look awesome too. 4 thoughts on “Grain Elevators of Russia”