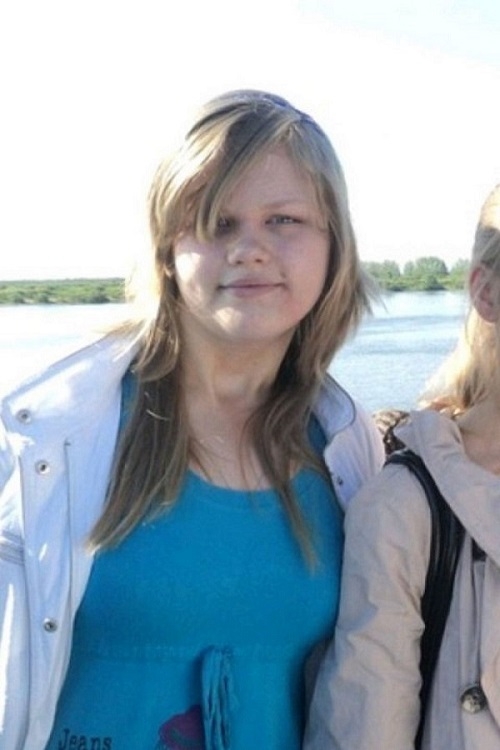 This Russian girl was called fat in school. Her weight was around 90 kg (200 lbs), but at one moment there was an event that changed her life, she lost over 30 kg weight and became an Armani and other famous designers model. This is her story and before/after photos. A model agent was going on her car around Russian city. Then she saw this girl. She remembers that “my eyes recognize nice faces very well, even I saw her face just for a couple of seconds. I stopped the car and approached the girl”. The girl was walking with her mom and they said they are in the hurry. However the agent insisted they meet her. When they met finally she told the girl that she has a great potential but she needs to loose weight. So Kate, the girl, started doing fitness and eat less after she received a future model job offer. And this is how she started to look like. At the moment she met an agent she was just fourteen years old. She remembers: “I was eating junk food heavily. Buns, pasta, sweet sodas – I liked it all. But then when I saw 91 kg on my scales I decided to say Enough!”. Because she didn’t have funds to pay for a gym so the agent was giving her free fitness lessons because she trusted in Kate’s potential abilities to become a world class model. She also taught her how to walk as a model, gave her English classes and more. And her efforts didn’t pass unnoticed. The first model foto shoot of the girl landed her a modelling job in Japan! Then she modelled for Asian Vogue magazine and signed with “Next” model agency five year contract. When she is asked how she manages alway to look nice she says her secret is to eat lot of fruit and drink a lot of water, it makes her look and feel great. Her story sounds a bit like a fairy tale however sometimes life gives a chance even for a girl from a poor Russian family to become a world celebrity.