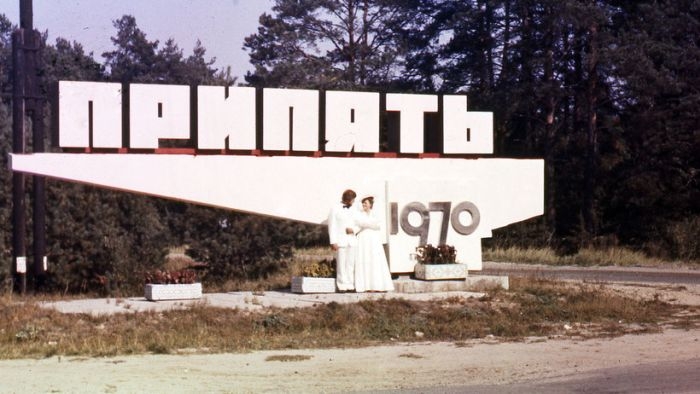 Those are the photos of seven locations in Pripyat before and after the nuclear accident in 1986. Almost thirty years after city is abandoned and overgrown with bushes and trees, however it wasn’t like this always. 1. An entrance to the Pripyat city has a monument saying “Pripyat” it looks almost unchanged with all the years. 2. However inside of the city things are different. For example this is a Kurchatov street. Kurchatov was a Soviet nuclear scientist who is widely known as the director of the Soviet atomic bomb project, so there is an irony in this. 3. This was a hotel in Pripyat with a city square in front of it. This is how it looks now, seems to be in the middle of the forest now, nature takes back its toll. 4. One more view on the Kurchatov street. 5. This was a restaraunt on the city main square. Now this is an abandoned restaraunt in the forest. 6. And this was a Electric Power Culture House – sort of city congregation center for important events etc. Now looks like this. You can clearly see a modern city on the first photos, but the second ones looks like it was made in the forest. And it’s just 31 years passed. And how could could all our cities look like if they were abandoned for three hundred years?

3 thoughts on “Pripyat: Before and After Photos”