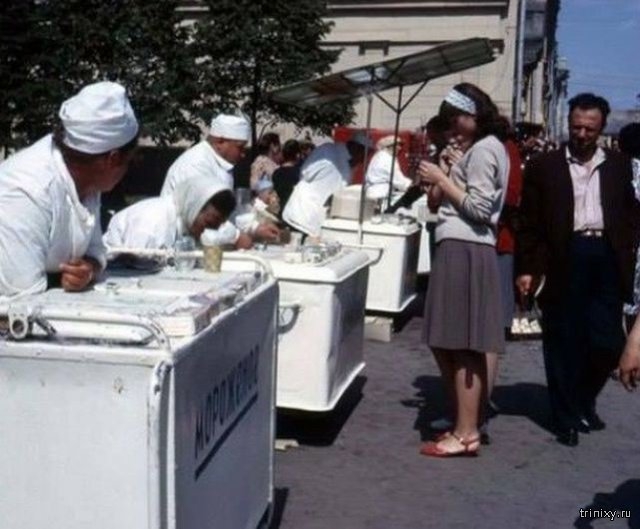 These are ten legendary Soviet foods every Russian who lived in USSR remembers well and even misses sometimes, despite these days supermarkets offer much more variety than in USSR. Every foreigner who visited USSR probably remembers them too.

Starting with “legendary” Soviet ice cream. Modern Russian ice cream producers always try to find that “forgotten” taste and the best trick to attract attention to their product is to put a “that Soviet taste” on their ice cream packaging to exploit the nostalgic feeling of Russian older people. However they say the secret was pretty easy – just use natural non-dilluted products, no chemicals colorings or preservatives or taste enhancers – just milk, cream sugar and butter, nothing else added. 2. Condensed milk. Was a treat for every Soviet kid. Was Soviet replacement for any other type of desert or sweet thing Western kids might had. And again, modern Russian producers try to exploit that – for example this tin has “Soviet” mark on it and “made since 1960” thought it’s a totally different company now.  The price was 0.55 ruble. 3. “Doctor’s sausage” – most popular Soviet sausage, was a treat and a main course, was used on sandwiches and in salads. Any Soviet person knows its taste – 100%. 4. “Soviet champagne”. Though it was actually a copyright violation to name a sparkling wine outside of France “Champagne” – it was sold under “Champagne” name in Russia. Soviet people knew only one taste of champagne and it was this one. Again, modern companies try to revive it and sell in same packaging. 5. “Zhigulevskoe” beer. Was most sold Soviet beer. Was sold in bottles or you could come with your bottle and get it filled. Many still miss its taste and also are sure it was made from all natural ingridients. 6. Canned sprats in tomato sauce. Was most popular and widely available canned fish in USSR. If you got also a piece of bread and some potatoes you could get a decent lunch. 7. “Alenka” chocolate bars. Missed by many again, now is recreated by modern companies, some matching taste some don’t but still using the trademark girl in a scarf image on its cover. 8.Birch sap or birch water. Was sold in three liter glass jars. Was very popular soft drink. Many Soviet people were convinced that it was also very healthy drink and could actually do much good to your body.

9. “Processed or plastic cheese Druzhba”. Price was just 15 copecks or 0.15 ruble. Was widely available and widely used as a snack to eat with vodka outside of the house. Like if three Soviet friends met on the street one will get a bottle of vodka another will get a couple of those cheeses and then they go somewhere off the main street and drink / eat it all just for sake of them meeting together. 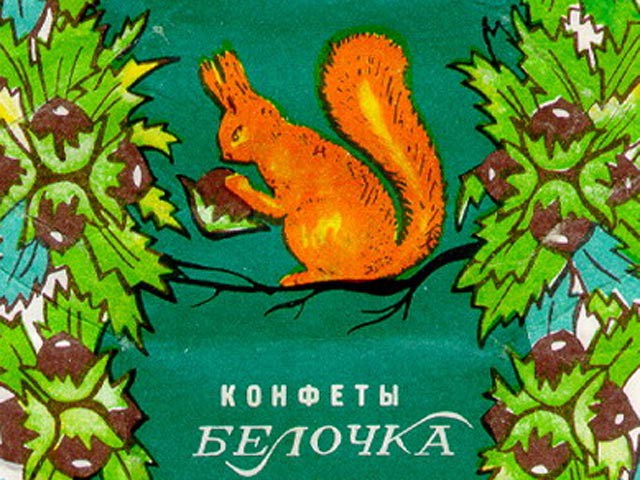 10. “Belochka” (or Little Squirrel) candies. Could be eaten just as is or with a black tea or to give as a treat to kids. Was ultra popular among Soviet people.

Most of those products can be still bought in Russia as the demand and nostalgic feeling is huge, however as many notice the feel and taste is much different today.

6 thoughts on “Ten legendary food products from the USSR”