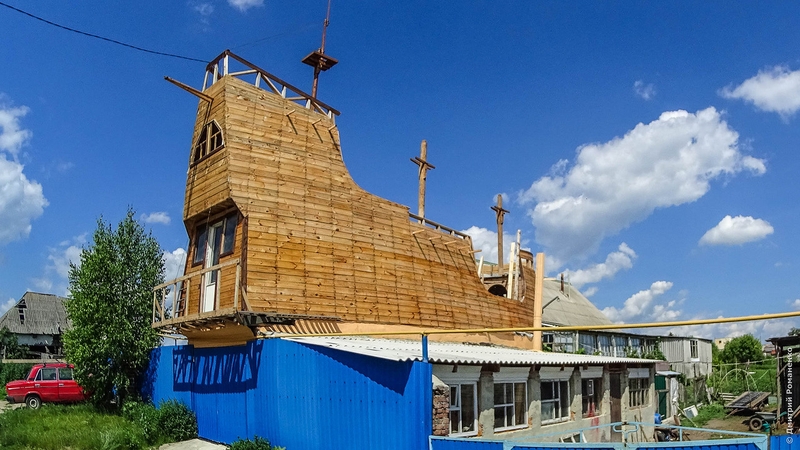 Man from Russian village Kupino decided to build a pirates galleon in his backyard. He got inspired by Francis Drake “Golden Hind” ship and started building it. There is only a one full-size replica of the ship existing – it’s in London. Now Russian village will get another replica. According to the photos he plans to live inside the ship. Here is the deck. He spends his own savings to build it and uses his own blueprints. Despite the construction isn’t finished yet it looks pretty impressive.