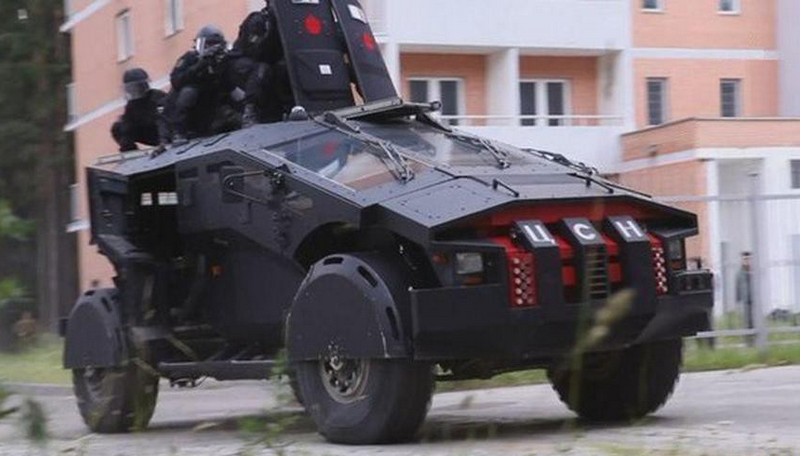 Those cars were christened as “Batmobile” by youtube viewers as soon as they first appeared some time ago. Their official name was first chosen as a “Chastener” but later renamed to “Falkatus”. A few of those Batmobiles arrived to Crimea to take part in FSB operation or drill there.

Here is the video.