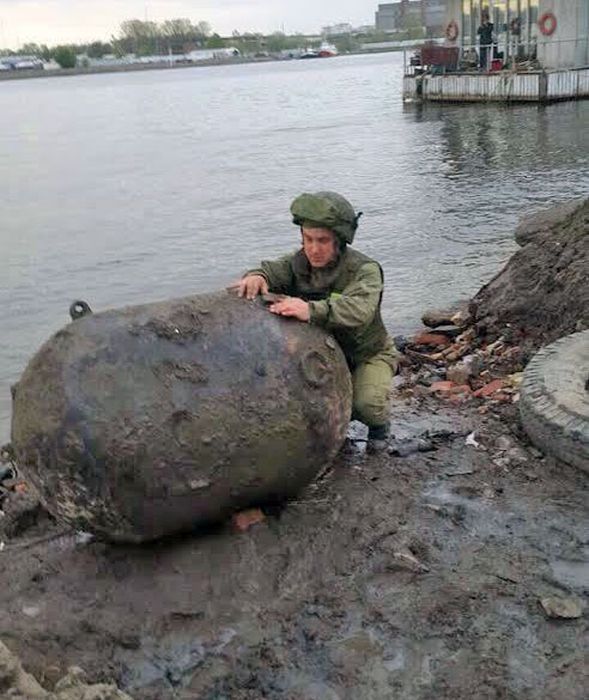 Construction workers found a huge World War 2 mine on the sea shore on the Vasilivsky Island in St.Petersburg, Russia today. 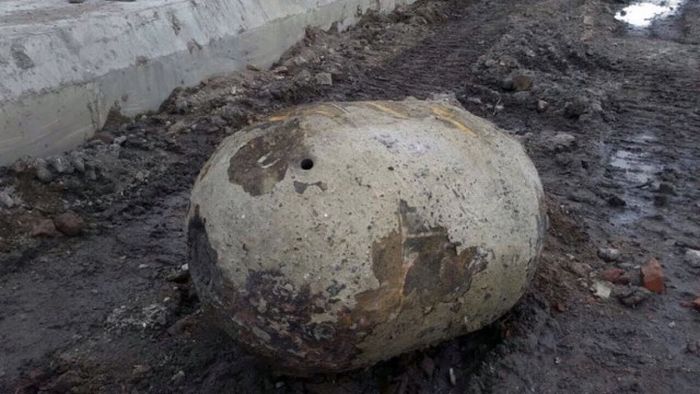 This is an old Soviet Navy mine. They have been extensively used during World War 2. First mines of this type were made in 1931. 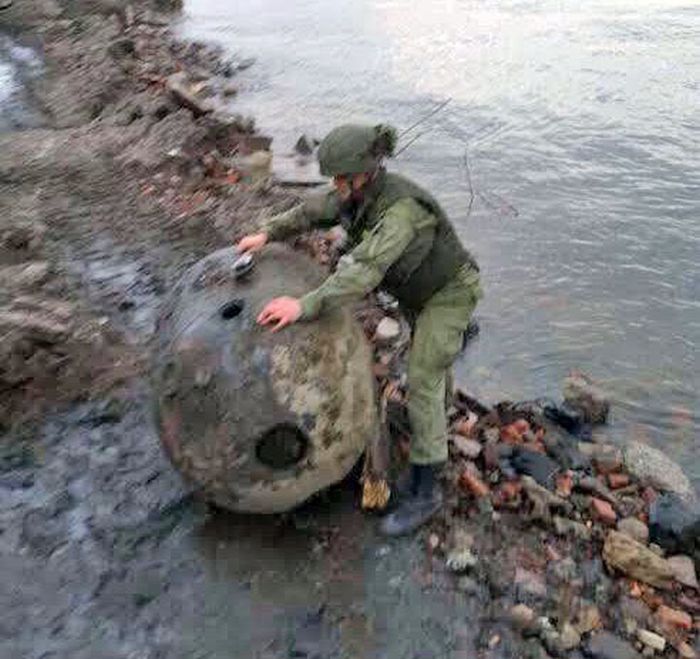 This mine weighs over 1,000 kg and has 230 kg charge of TNT in it. Could probably level down the construction site ashore where it was found. 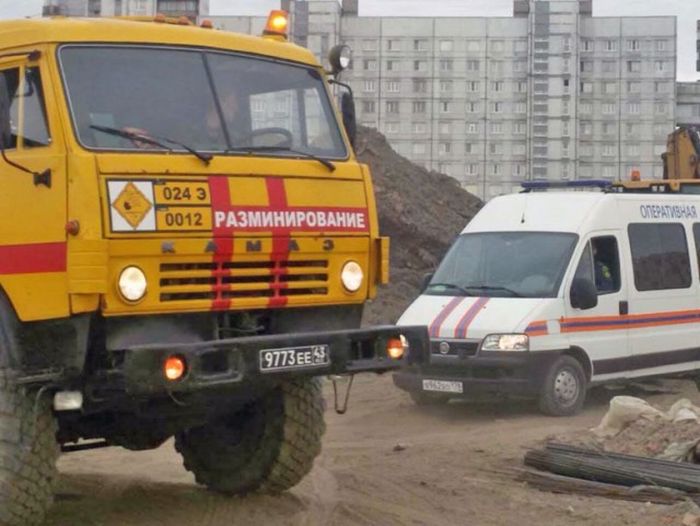 Emergency services took it to special shooting range where it’s going to be exploded.