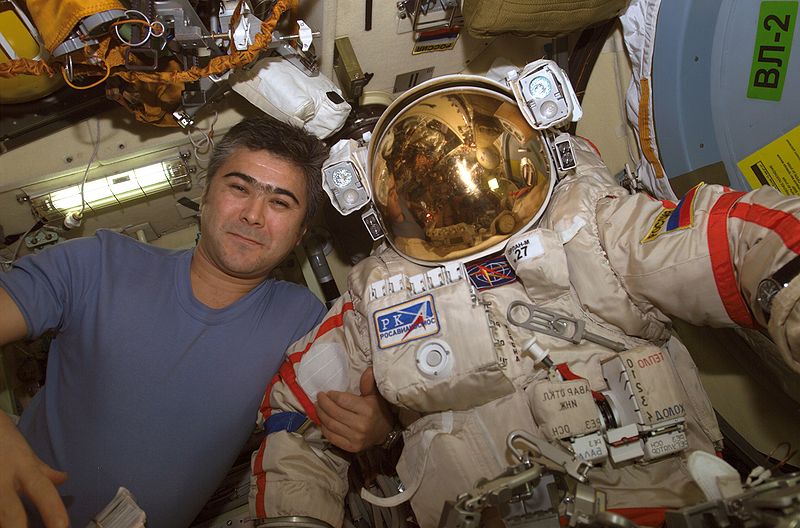 Today we share some facts about Soviet and Russian space suits, how are they made, what purpose do they serve and what problems they solve. 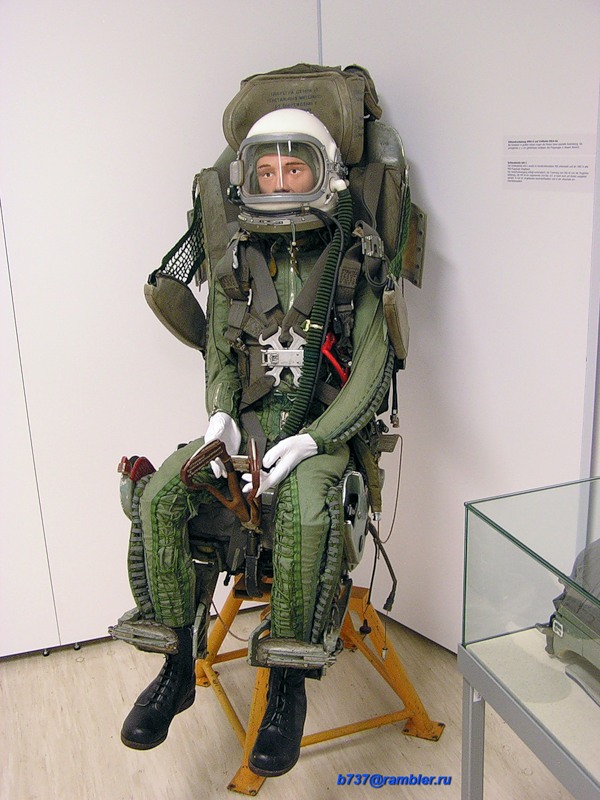 Space suits itself were not a novelty. In Soviet Union they were copied from the high altitude pilots suits that experienced same problems as cosmonauts do in space but for lesser extent. 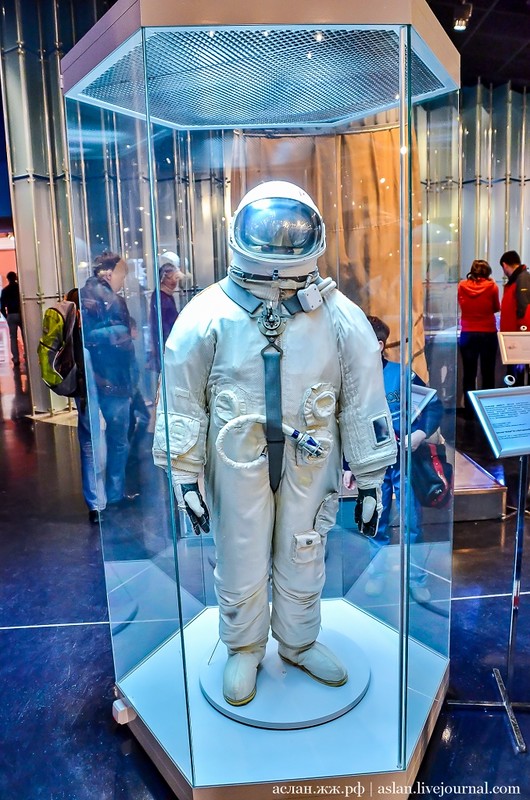 One Â problem in space and on high altitudes is that there is no air pressure. And human body cannot function without air pressure – lungs stopÂ absorbing oxygen.Â To save human body from pressureless space effects space suitÂ has air pumped inside to keep body under normal pressure similar to atmospheric one. This way space suit becomesÂ similar to a car tire. Have you tried to bend a full car tire? Very hard. Same problem is with space suit – the soft hinges and joints make the most secret part of each spacesuit – they allow person in a space suit to move hands and legs and actually be useful and not just stay there as a “Michelin man”. 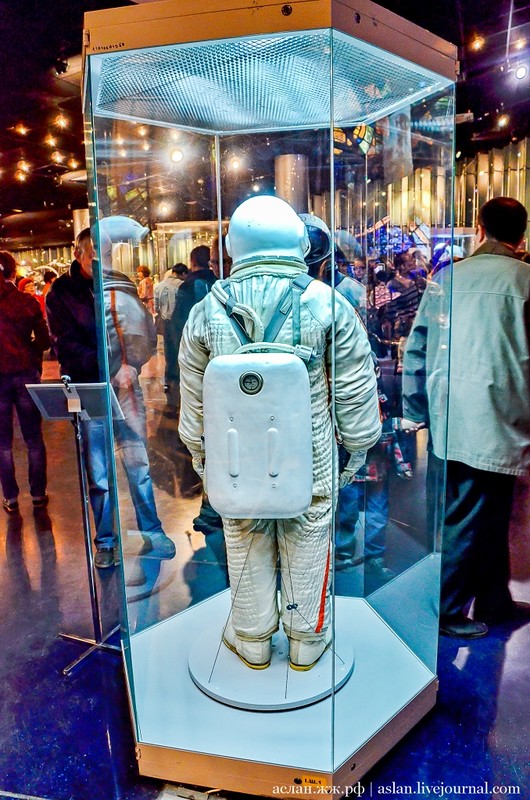 Another problem in space is extreme cold. Shadow parts get temperatures -100 C and below, so in normal cloths a person can freeze to death in a few minutes. The space suits use multi-layered technology to prevent human body heat dissipate in space. And because there is no air in space that comes in direct contact with a warm spacesuit the loss of heat is solved very easily just by making screens reflecting heat back inside of the space suit and making outer shell of the space suit to be like thermos bottle – with a vacuum layer inside. 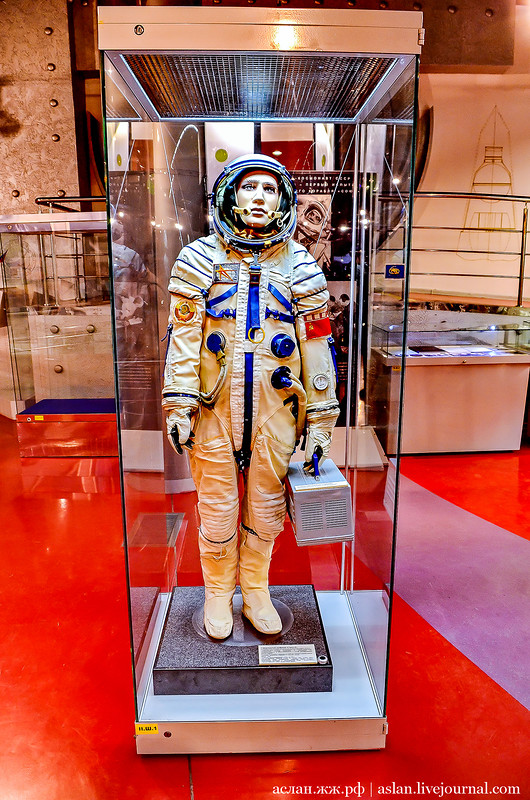 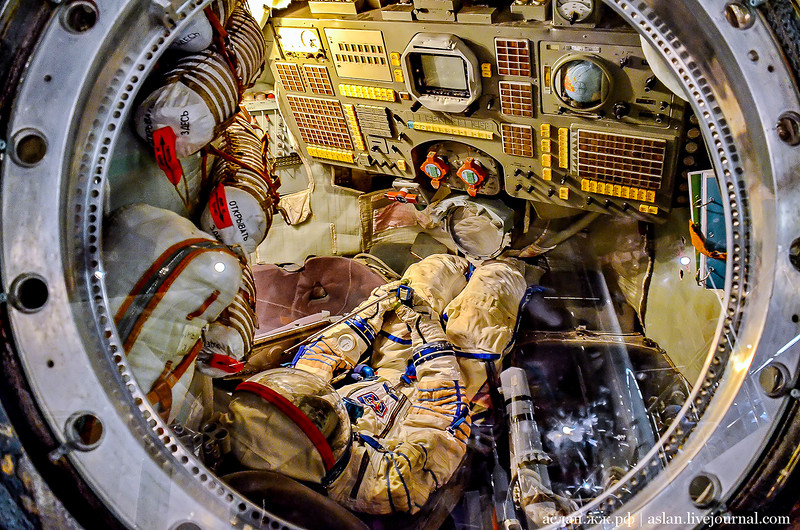 Each space suit is made to order. It getsÂ individuallyÂ tailored to fit each cosmonaut stature and size. The reason for this is also that during landing the space suit should fit ideally into a landing chair which absorbs the impact that landing module makes when touching the Earth. If there are any gaps between a spacesuit and a chair a cosmonaut can be hit very hard by the chair itself, however if there are no gaps chair structure absorbs the impact and cosmonaut feels almost nothing. So nicely fitted space suit is a must. 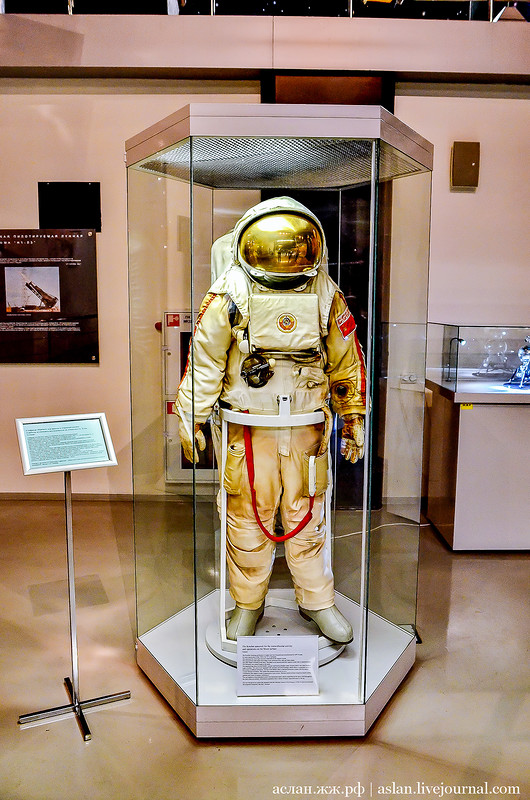 In early 1990s China has bought two Russian spacesuits. They studied them and afterwards made an exact copy to use by their space missions. However Russian government sold them only space suits to be used inside the ship, and didn’t sell the ones to walk in space. For this reason China doesn’t plan spacewalks in near future – they simply don’t have the outer space suits technology yet. 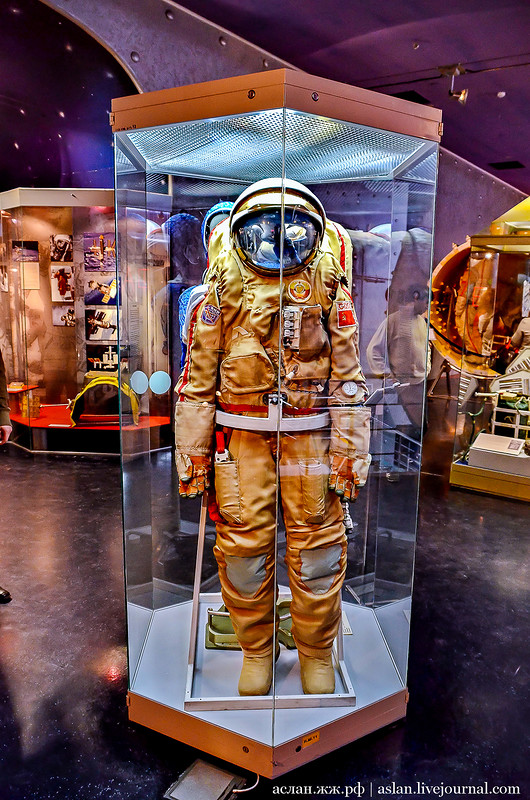 Why does space suits have such large face windows – visors? That’s because modern space suits helmets cannot move and turn around. So to compensate this the visor is huge for better field of view. 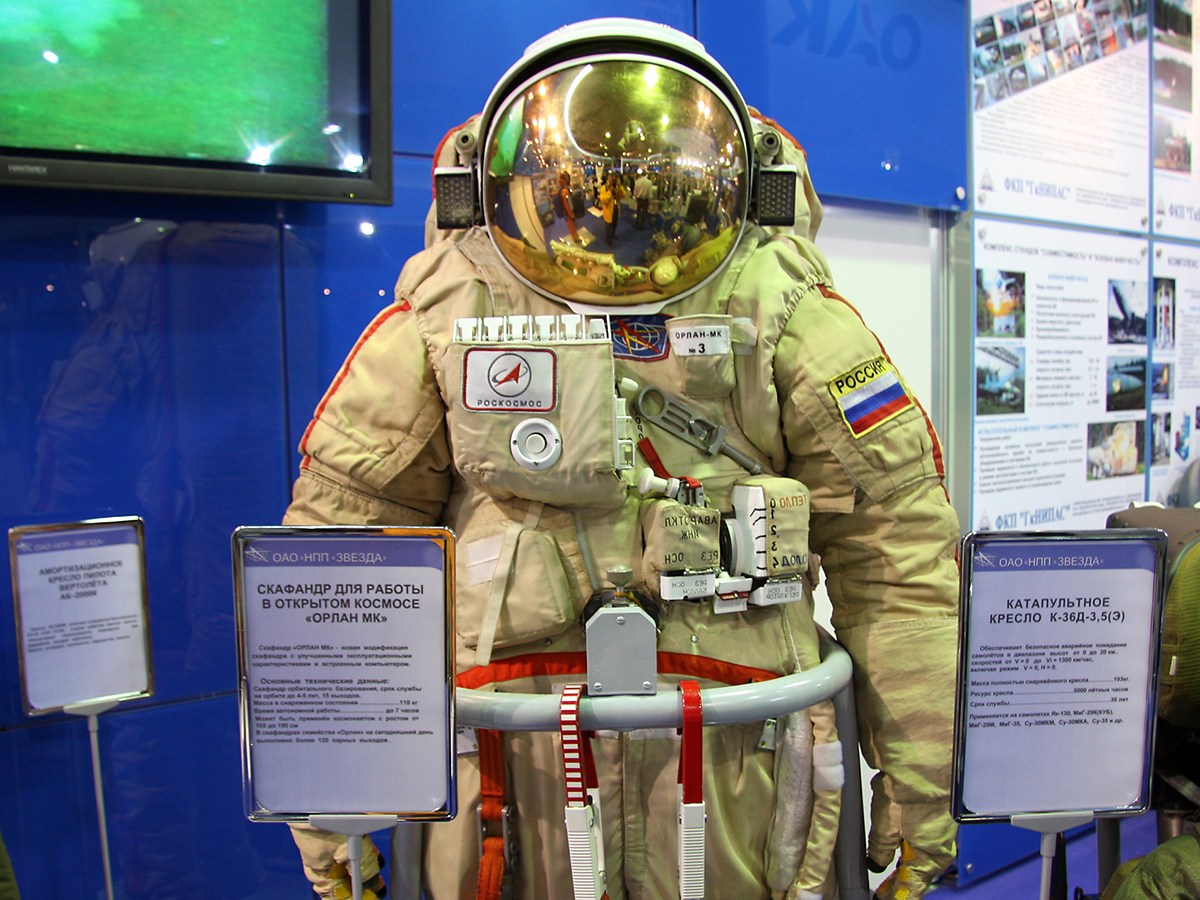 During first space walk outside the ship, Soviet cosmonaut Leonov experienced high heat on his face. Since then every Russian space suit visor has special visible and UV light filter on it. The filter is made by spraying thin layer of 24k goldÂ on the helmet glass. This makes it looks reflective and so attractive, and it lets in only 34% of total light, making it pretty dark inside. You can never break the helmetÂ glass. Actually it’s not a glass at all. It’s polycarbonate plastic material, made from the same bullet proof plexiglassÂ that is used on Russian modern attack helicopters.

So as you can see the space suit is a pretty complex object and for sure it must be pretty costly to produce those. Exact price isn’t known as Russia doesn’t sell those and consider them to be top secret. However it’s known that American space suit costs $12,000,000 each.