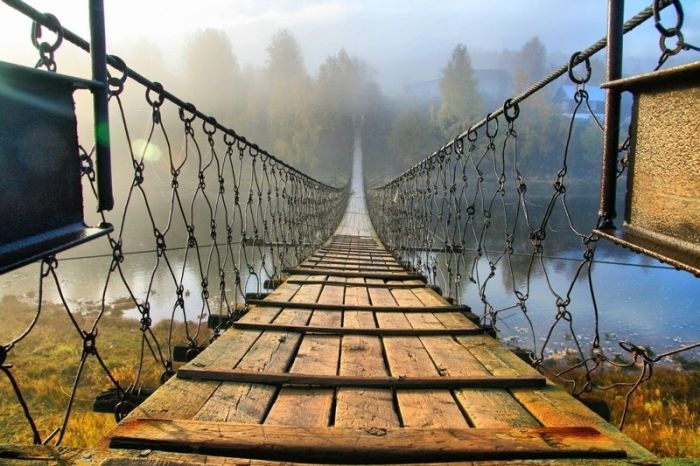 Russia has plenty of hanging bridges around. One photographer went travelling and took photos of the hanging bridges of Russia, here are some of them. The first one above is from the Perm region. Another nice bridge in the Moscow region, overgrown with flowers. And the same bridge a few years later. The same bridge during the Morning Sun light. A hanging bridge in the Altai mountains. In strong winds, this bridge swings up to an angle of 90, locals say! “A Bone Road” in Magadan, called so, because it was built by hundreds of prisoners, and some of them died in the process. Pedestrian bridge in Komi region, near the place where the guy who used to be Russia’s richest person, Abramovich, was born.