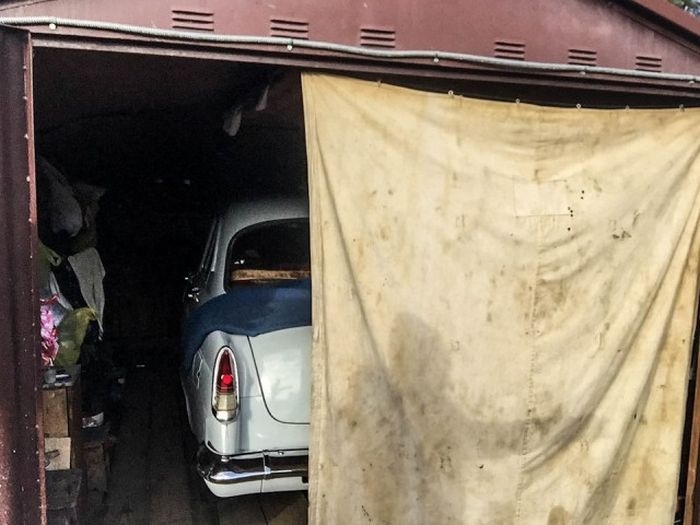 Gaz-21 Volga car was a symbol of luxury in 1950-1960s in USSR. Very expensive, hard to get, the car that was used by part officials and rich farmers of Georgia alike was attracting sights on the streets. Pity but not many of those survived till now. However this time guy got lucky – guy discovered a fully untouched car with just around 20,000 km on it. The paint is still shiny and bright as it was sheltered in a garage. No corrosive spots, clean interior, let’s take a look! This is where it was stored, in Ukraine with old Soviet plates on it. Probably thanks to more soft climes of Ukraine it survived so nicely. It was stored in a garage covered by soft fabric as it was recommended by Soviet car maker. So it paid off – the condition is just flawless. The interiors even had the plastic covers that went from a factory to preserve seats material. Then the owner put in on sale and of course immidiately received a lot of bids. Every collector wanted this piece. As you see from down there it also looks awesomely new. Someone got a new nice toy!

Hope you liked the car too.