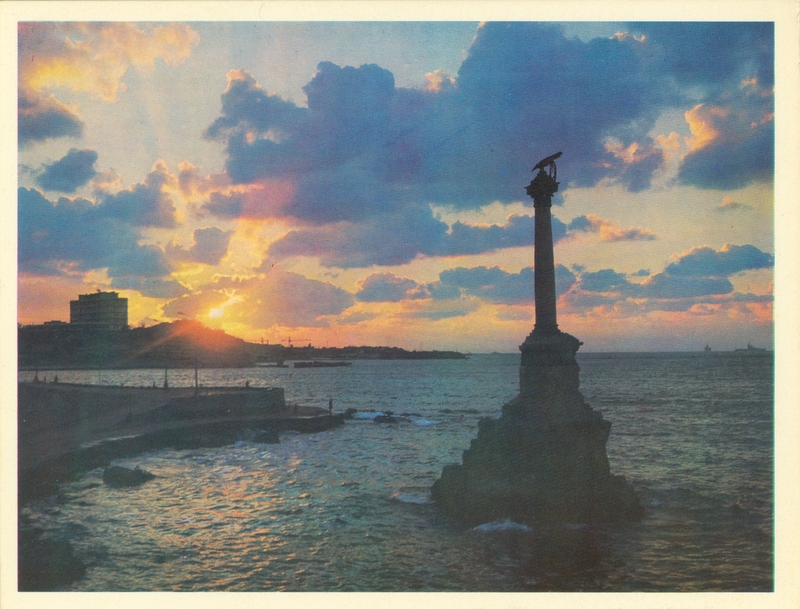 Sevastopol is a city in Crimea. Was stormed by British and French during siege of Sevastopol in 1854. Was a bombed by nazis during WW2. Was a navy base during USSR. Stayed as a Russian naval base in 1990s after USSR collapsed. Was declared to be a Russian city by Russian parliament in 1993. Parliament got bombed by Yeltsin, the decision had to be taken back (for the first time in history). No matter of it’s rich history was pretty calm and nice city in 1970s. Let’s see some postcards of the city at that time: A World War 2 monument on Sapun mountain in Sevastopol. A panoramic museum of Sevastopol siege of 1854. This is how Sevastopol looked in 1970s. How it looks now, not very clear as rare reports come from there now again.