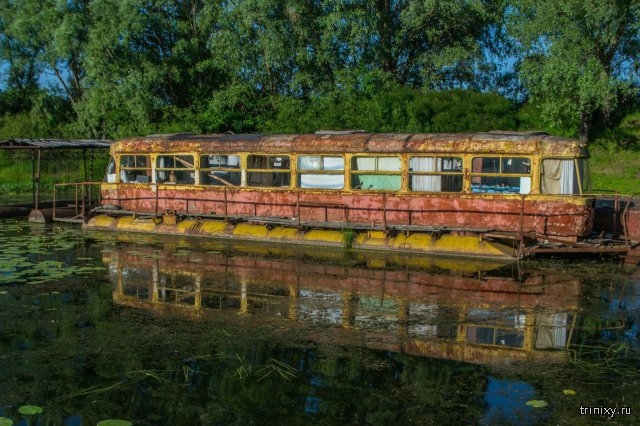 This man got his hands on an old tram and converted it into a floating house. It was spotted on the Desna river. It was later abandoned and remains uninhabited. It was a cool idea and he used it for some time. But now it is abandoned. Hope you liked this idea!