USSR rejected the idea of manned flight to the moon but instead concentrated its space focused efforts on building a long term space home. The MIR station stayed over fifteen years on the Earth orbit instead of three as initially was planned. Over ninety people visited this place. It was called “great achievement of Russians”. Let’s see some more details on the famous space station. At one point it time it was even almost turned into a Sex Tourism center because male genitals work best in zero gravity. But let’s start from beginning.. It was launched February 20, 1986 for the first time. It was its first base module. The station was planned in such way that it could be upgraded with new modules with time being. So here is a time chart of how it was developing. The first 1986 module was called “base block”. Then in 1987 a new module “Quant” was added. Quant became a “spacegate” for the MIR station. Then in 1989 a QUANT-2 was added. Then in 1990 a “Crystal” module appeared. In 1995 “Spectre” module was added and in 1996 “Priroda (Nature)” module was sent to MIR. This way it finally got its final well known space look with tens of solar panels and sections. First journalist travelled to MIR station in year 1990. He was making live air shows from the MIR space station on Japanese TV. However during first moments in space it was discovered he was suffering from a “space sickness”, a variation of motion sickness. So his flight wasn’t very productive. As someone explained: “zero gravity is a feeling that you are falling down, constantly, 24 hours a day you are falling, falling, falling”.

Same year an accident almost happened with MIR station: it almost collided with “PROGRESS” space ship – only a few meters separated two objects moving at speeds of 8 km per second. Year 1992. Cosmonaut Sergei Krikalev went to space station MIR from USSR to return one year later to another country – Russia. That year a British woman Elen Sharman spent a week on an orbit. She won her country’s national contest among 13,000 participants and won her trip to MIR. Year 1993. A huge “space sail” was deployed on MIR station. It was a part of experiment code named “FLAG – 2”. Russian scientists believed that they could reflect sunlight and lighten up dark places at night on the Earth. However because the eight panels that were in the “sail” didn’t open up fully the effect was much lesser than scientists projected and the dark areas in USSR that were planned to use reflected light weren’t getting enough of it. Year 1994. This year another accident happened. SOYUZ TM-17 ship collided with the station while was leaving it.  Later it was discovered that the reason for the accident was an overload: cosmonauts returning home took too many “souvenirs” from the space station and their space ship lost maneuvirity ability. Year 1995: In February American DISCOVERY shuttle arrived to MIR station. It brought a module that could facilitate NASA ships arrival to the Russian space home. 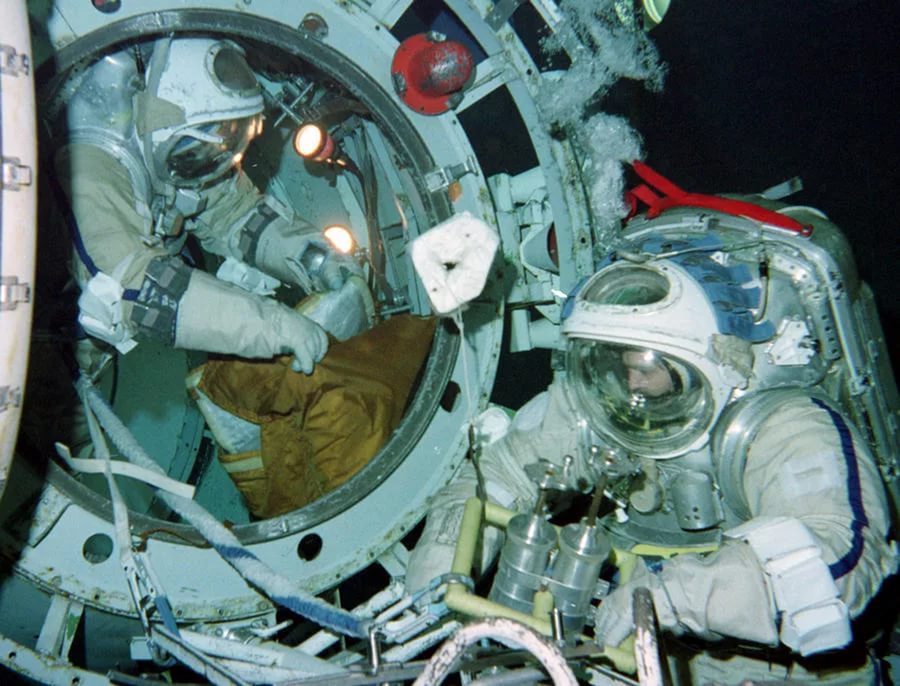 1997 was the most hard year for the MIR. Accidents were happening a few times this year.  Starting from January when the fire happened and cosmonauts had to wear smoke masks. The smoke spread to the SOYUZ space ship connected to MIR. Fire was put out a few seconds before the decision of evacuation was planned to be made.

Then in June, 1997 a PROGRESS ship lost its course and hit “Spectre” module of the MIR station. The station lost its integrity and air started leaking out into space. Team managed to block the “Spectre” module – seal the manhole leading to it before all the air was lost.

In July, 1997 one crew member occasionally disconnected power supply of main on board computer so station lost its navigation and started moving in uncontrollable manner together with a space currents.

In August, 1997 oxygen producing machines failed and cosmonauts had to use emergency reserve of the oxygen.

On ground space control centre began on thinking removing all people from the station and leave it on “auto pilot” mode. 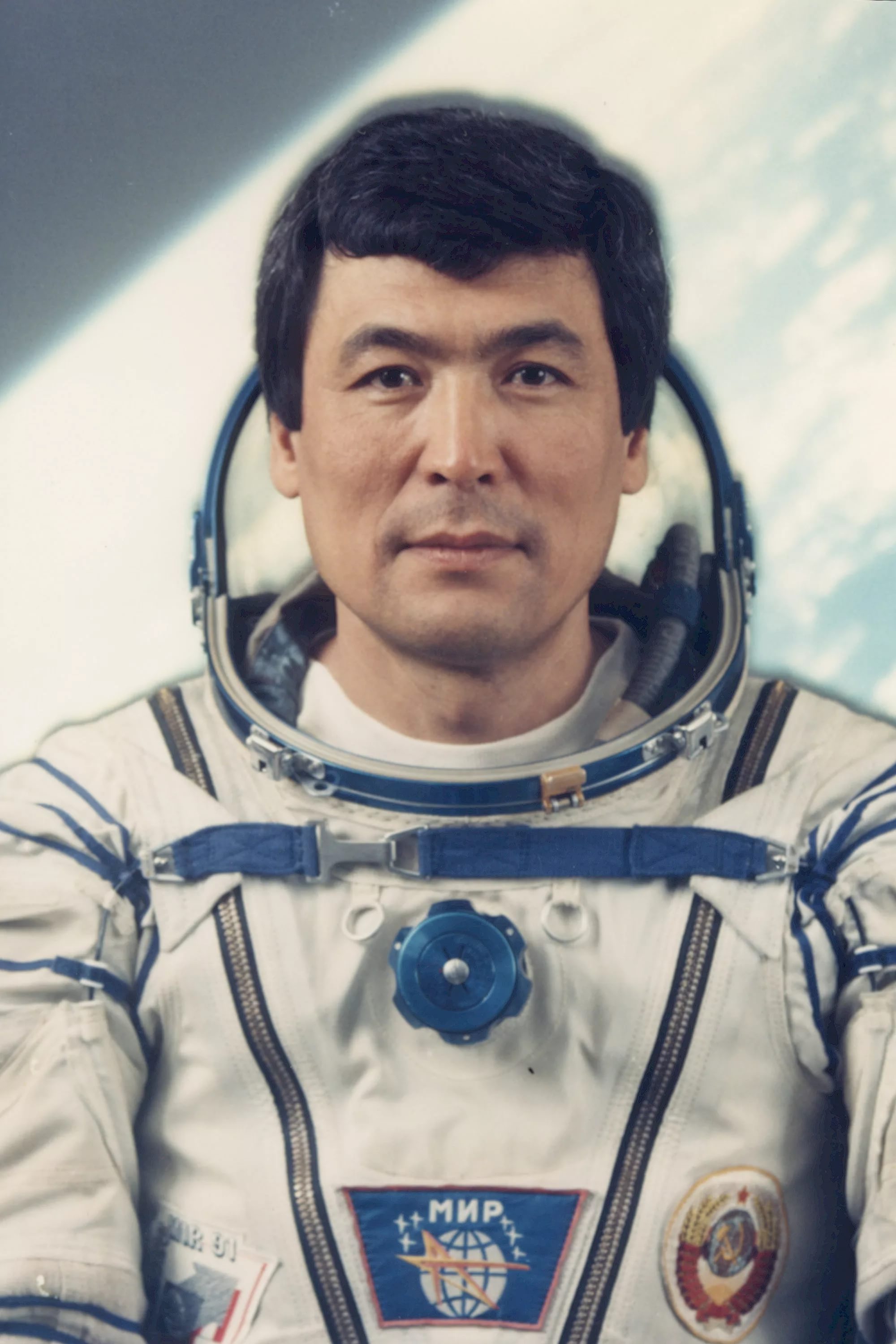 _Year 1998 also started with some problems with air conditioning. The temperature began to raise and reached + 32 C (90 F) by itself. Despite all the efforts they can get it down only to + 28 C. In year 1999 In Russia nobody wanted to accept the idea of abandoning the station. The search for a foreign investor began who could help upgrade the station. However no investors were found.

So this year the decision was made to withdraw all the crew members from the station and turn it into “automatic” mode. The reason was: “Absence of state funding”. In year 2000 American investor Walt Anderson agreed to invest first 20 million dollars into station. A MirCorp corporation was created as a venture to collect other investments and help to leave MIR station on its orbit. They had to find $200,000,000 for every year station had to stay in space. At first it seemed the mission was a success – a rich Brit appeared and said he would pay all this in exchange for his trip to space. He even started his training program in Zvezdny (Star) Gorodok (City) but the man had a reputation of a scammer in his native Wales and it proved to be right. When he was asked to start paying promised amounts he just left away.

Later some exotic ideas were tested to try collect necessary funds. For example it was stated that male reproductive system functions hundreds times more stronger in space so they wanted to send “sex tourists” to space to experience exotic sensations on MIR station. But this project failed too.

They tried to collect funds from Russian people too – but only a few small donations were made – mainly from elder people.

In year 2001 Russian government decides to flood the station in the ocean. Two special jets were chartered for every one wanting to see the show of burning debris falling down from the space somewhere in vast Pacific between New Zealand and coast of Chili. Tickets for these planes were at $10,000 price tag. That’s how MIR ended.

However, the new ISS international station uses a lot of experience and inventions tested out at MIR and contributed by Russian part of the project.

ear 1998 also started with some problems with air conditioning. The temperature began to raise and reached + 32 C (90 F) by itself. Despite all the efforts they can get it down only to + 28 C.

2 thoughts on “Interesting Story About MIR Space Station It’s Accidents, How It Was Almost Turned into a Sex Tourism Center and More”