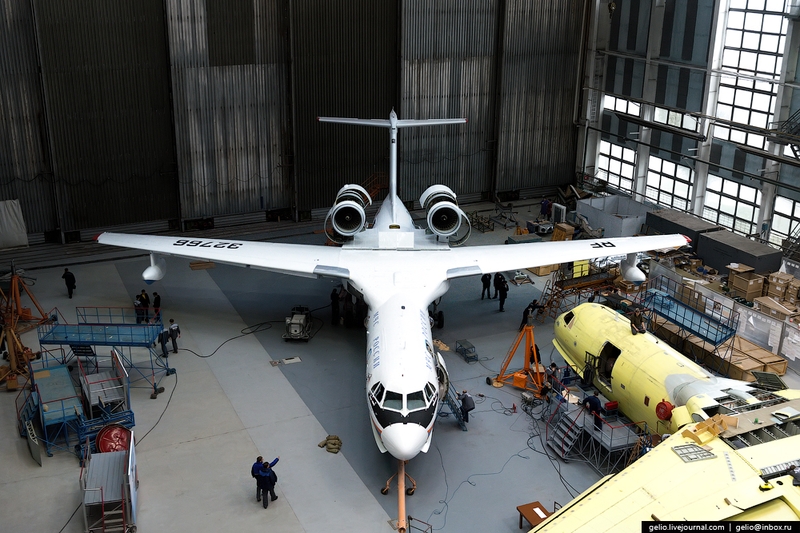 BE-200s are unique Russian firefighting jet planes that drop water on the fires from air. What make them unique is that this jet can refill its water tanks without landing. It simply descends above a river or a lake and slows down and sucks 12 tons of water inside. Simply stunning seeing it in action, there is a video below that shows how this happens.

For this unique properties those planes being sent by Russian forces to help fight fires across the world. It was used in Canada for example last year and in Portugal in 2016. And here is a unique photos by Gelio from a production line where those jets being assembled. Let’s see?

Here is the video, watch it before watching the post photos: For the first time this jet took flight in 2002. This is the largest firefighting plane in the world that can refill by gliding above water surface. At the speeds of 150 km/h (100 mph) it descends, glides and sucks 12 tons of water during 18 seconds! Here is the first step – making the plane wings. The wingspan is around 33 meter. The maximum flight weight is 42 tons. The plane can work at water surface with waves not exceeding 1.2m tall. This is it’s main floating part being assembled. Final planes being assembled here. Only ten planes have been built yet. Some foreign countries want to buy but there is not enough stock. Two pilots are the crew of the jet. There is over 90km of wires inside of this plane! Every rivet being rigourosly checked. Wings of this plane are above the body of the plane. Wings protect the engines from water being sucked inside. Very risky! You can see it on the video above. Main buyer for those planes are the Russian Emergency Situations department. One plane was sold to Azerbaijan. China and Indonesia want the planes too. Unofficial name of this jet is “flying boat”. Tuning on the flaps of the wing. Those are used to drop water. It can drop by parts or all eight together which will drop all 12 tons of water at once on one spot. The altitude should be no less than 40 meter high. This factory also build “IL-76MDs” which is called “Russian AWAKS”. Around forty of those were built. Hope you liked this posting, thanks to Gelio for the photos, his website is below: