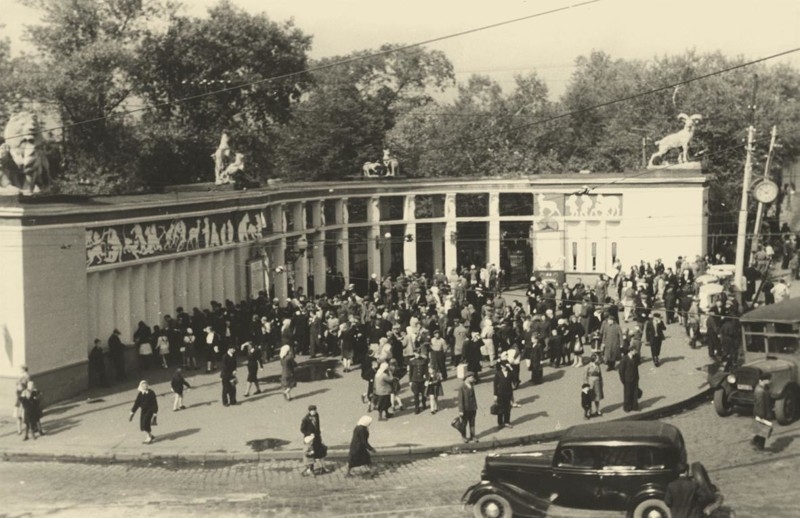 Moscow Zoo turns 153 years this year. In 1864, the Imperial Russian Society of Animal Acclimatization founded a zoo-garden in Moscow. They called it “live museum under the open skies”. This makes theÂ Moscow zoo one of the oldest in Europe. Let’s see how it looked almost 100 years ago. They decided to put the Zoo in a place that is equally accessible from all Moscow neighborhoods. When they started they had 134 different domestic animals, 153 wild animals and birds, and seven reptiles. Mostly the animals were from the Russian Empire but also some were imported, like lions, tigers, jaguars, rhinos and crocs. The pic above shows the main entrance. Many animals were Royal presents to the Tzar from governments of the countries of the world.

After the 1917 revolution it wasÂ nationalized by the Soviet state and was renamed to a zoo-park. The zoo was working throughout the Second World War. During 1941-1945, it was visited by over six million people. Employees were protecting animals even asÂ bombs were being dropped on Moscow. A pair of workers were so busy comforting stressed animals that they didn’t run to save their house when the bombs set it onÂ fire. This elephant was a present from Alexander II to the zoo. Boat station next to the zoo. Red Army on aÂ field trip to the zoo aquarium. Baby bears and some other animal babies all eating together at lunch time. Hope you liked the story!