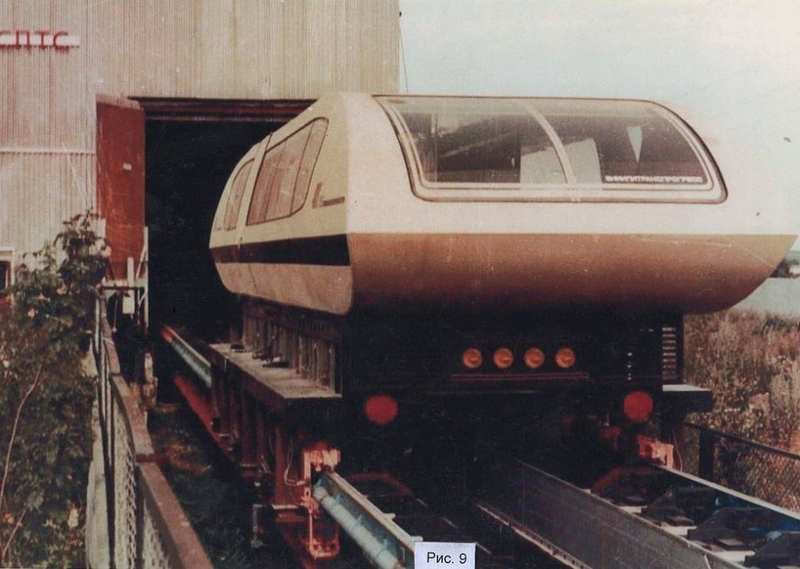 A lot of things were invented, built, tested but never used in USSR. For example this awesome magnetic levitation experimental train built by Soviet engineers. The history is as follows: Soviet State Planning commission estimated that there would be over 29 cities in the USSR with population over 1,000,000 people very soon. Soviet engineering agencies started offering their solutions to fight commuting problems inside of this mega cities and between them. Besides improving existing transportation means, like subway or buses, the need for totally new way of transportation arisen. This project of maglev trains was the latest response to this task. It was called “Wagon TA-05” – first Soviet magnetic levitation train. It was developed in early 1980s in USSR. Almost 32 years ago, February 25, 1986, the first test ride of the system happened.

“We are building an almost silent, levitation train, that goes with speeds of up 250 km/h, the price of the rails would be 3-5 times cheaper than subway”, said soviet engineer in the interview in 1980s. Six hundred meter railway was built for the train near Moscow and a few more were planned in Armenia and Kazakhstan. The capacity of each maglevÂ vehicleÂ was 65 people at time. It should be able to run at 250 km/h at first, with a possibility running 400 km/h later. The weight of the vehicle was 40 ton. Â They could be connected into a few train-like system. Then in 1986 Perestroika was started by Gorbachev and shortly after Soviet Union has collapsed. Nobody became interested in promotion the new transportation. The 29 over-million cities didn’t happen to be with population decline. At this day there are only 15 cities in Russia with population with over one million. And of course some of the millionaire-cities are not in Russia now at all.

Funny enough the train was used in Soviet cinema once. Here is a short video from a Soviet Sci-Fi movie where you can see the train from different angles. They called it “Fire Ball” in the movie:

And this is a train cockpit: And a few more photos: Hope you liked the story, maybe one day some enthusiasts would try to rebuilt the project as it still stays intact in Russia.