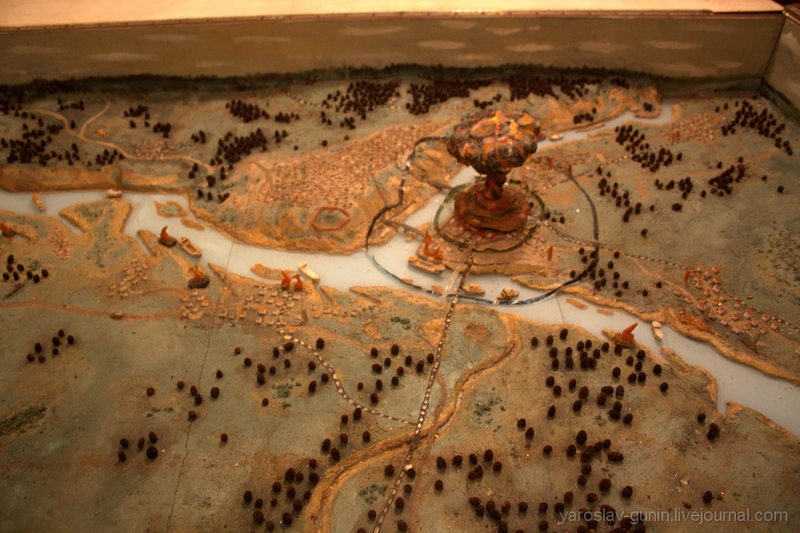 If you wondered what is it inside of Russian nuclear shelter then here is a gallery for you. A Russian blogger Yaroslav went inside one of those and here is his report. He says that this shelter is much older than he is. It was built back in USSR times. Inside they have a model of a nuclear blast for some reason. A class inside of the shelter teaching people on the war rules and signs. Not much to do inside – probably a best thing is to play some chess. Or read some Soviet magazines. No internet here. A stock of “Danger: Pollution” signs. Not much space for each person. A chief of the shelter has a separate office. Direct line to the police. Thanks to Yaroslav for his photos. His website is below: