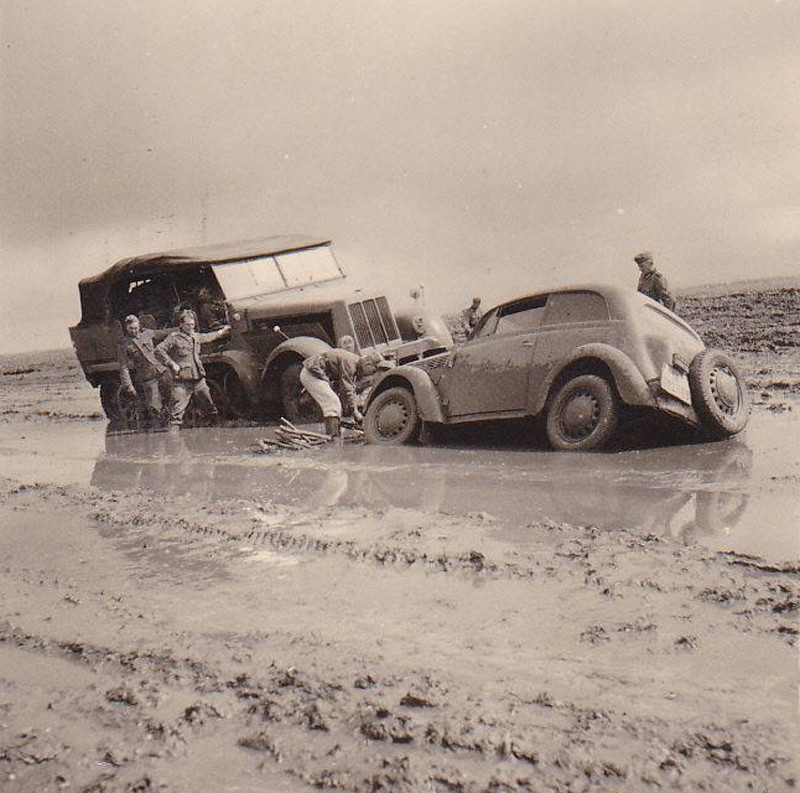 German Nazi army was powerful and well equipped. However, they couldn’t bring the nice Nazi roads with them to Russia. Oh, the road, tell us truthfully: are you used to get to the afterlife?