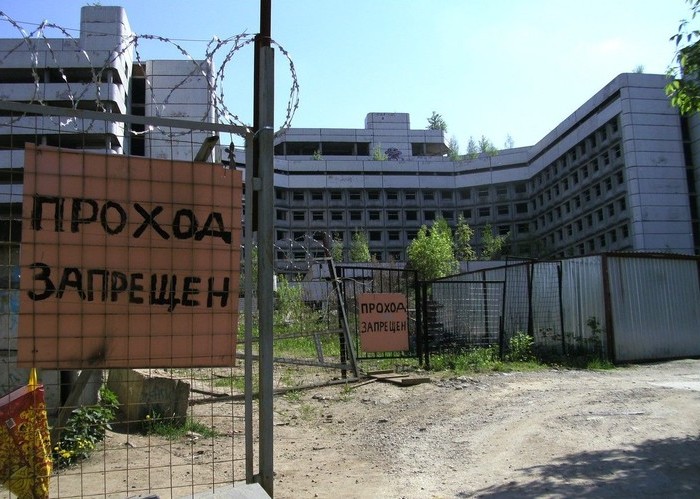 In Moscow, there are many places with a grim history that сan’t be seen during a single tour. The Place of Execution on the Red Square, old areas with bad reputations, places of bloody terrorist attacks, famous prisons, and finally, objects from urban legends. We decided to tell you about the five places that have received the worst glory since Soviet times.

House on the Embankment

In Soviet times, members of the government and senior military officials lived there, but now these apartments are owned by rich people that want to have an almost-Kremlin address, and great view of the Christ the Savior Cathedral. But there are a lot of sinister tales and dark rumors hidden behind the facade. 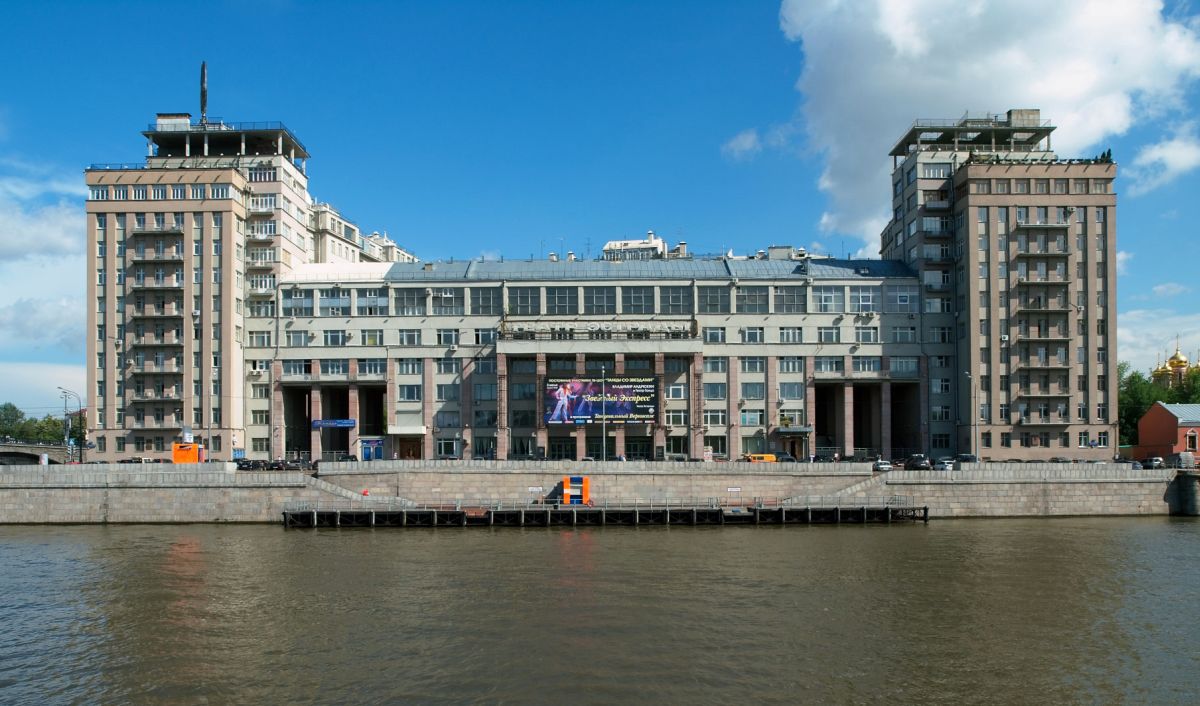 Let’s start with the fact that the house actually stands on coffin plates: they were dug up at the nearby church graveyard (at the church of St. Nicholas on Bersenevka, which fortunately survived) and used in the foundation. In this photo of construction of a late 1920s Bersenevskaya church, you can see at the top left and at the top right corner, the edge of the temple of Christ the Savior not blown up. 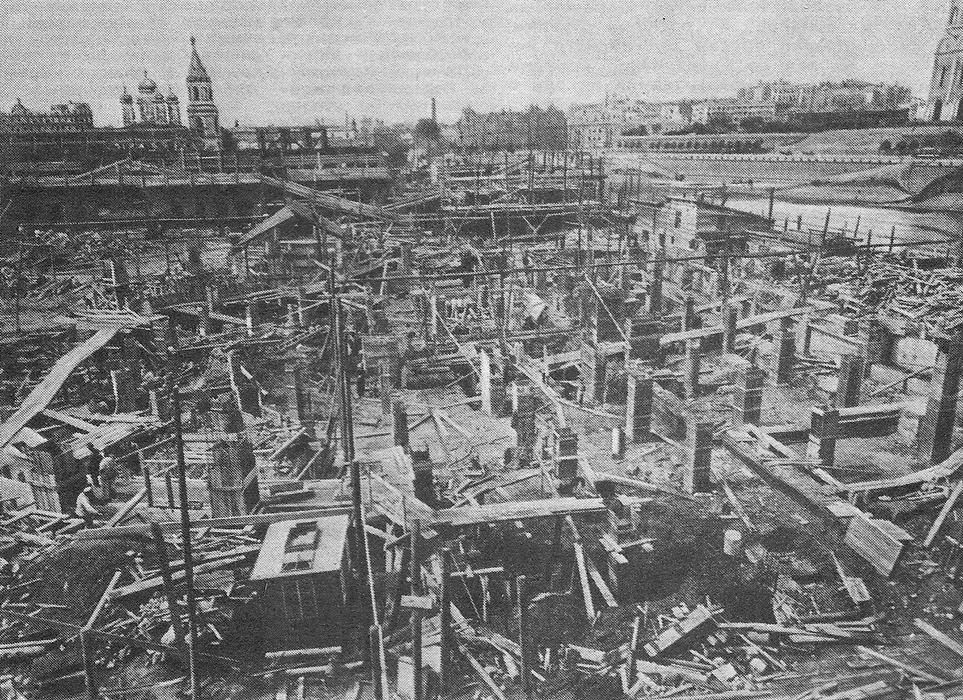 By the way, Bersenevka and other local places in the old days were called Swamp – the low banks were constantly flooded, and until drainage channels appeared, people didn’t walk through this “godforsaken swamp.” But a lot of people gathered on the next Swamp – where they watched the public executions. Cossack rebels, Stepan Razin and Emelian Pugachev, where quartered and beheaded there. 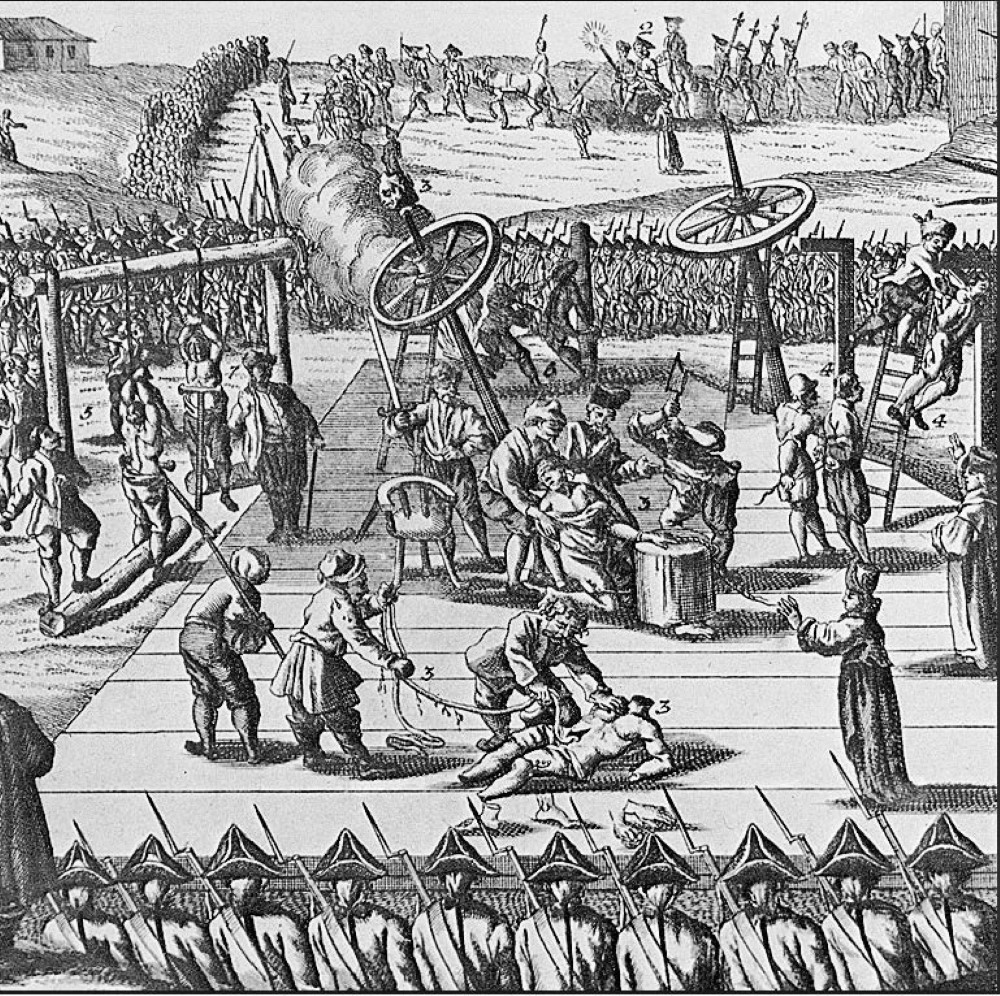 The execution of Pugachev, engraving of the 18th century 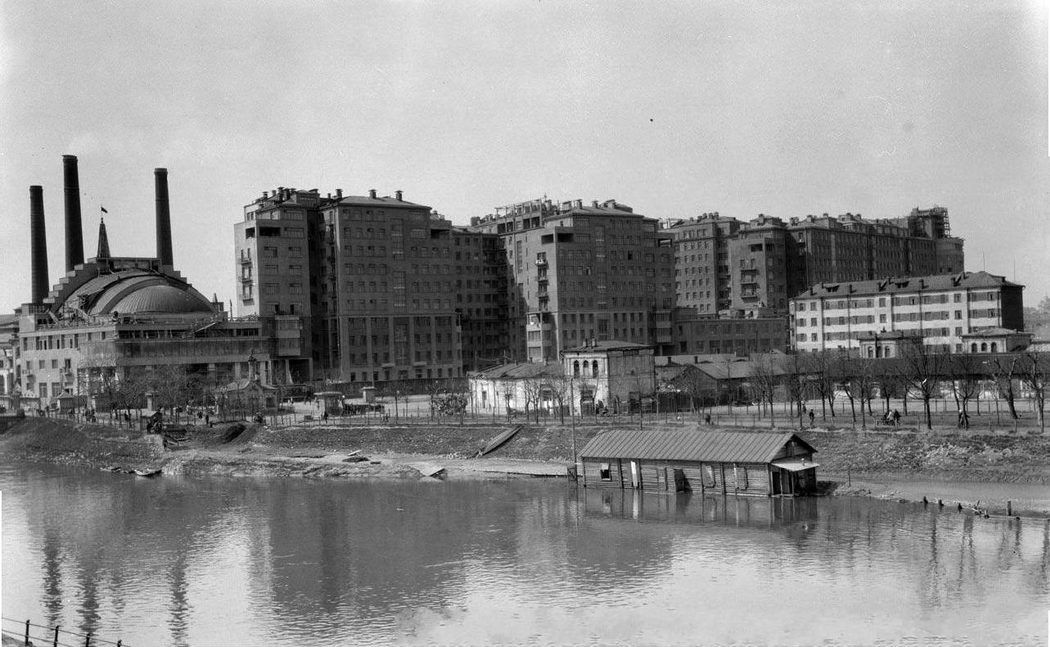 View of the House on the Embankment and the cinema “Udarnik” from the Bolotnaya side, 1931

The House of the Soviet Elite also became a grim monument of its era. Its tenants disappeared from their luxury apartments without a trace, but it’s not a mystery: people from PCIA got there on elevators for garbage collection, which were “very comfortably” equipped in the kitchen, and taken to camps or even shot. Such a fate befell nearly half of the population – about 800 people. 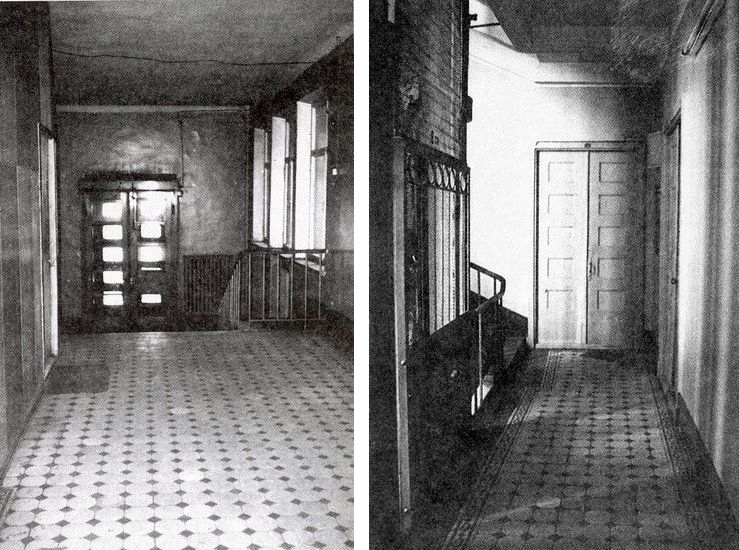 Inside one of the 24 entrances

In the basement security guards with dogs were always on duty. In the hallways instead of concierges, there were vigilant security officers, to which the tenants had to give the keys before living. Guests and visitors were “escorted” to the apartments and back, while they themselves enjoyed special operative apartments, in which they could come in through one entrance and get out through the other. 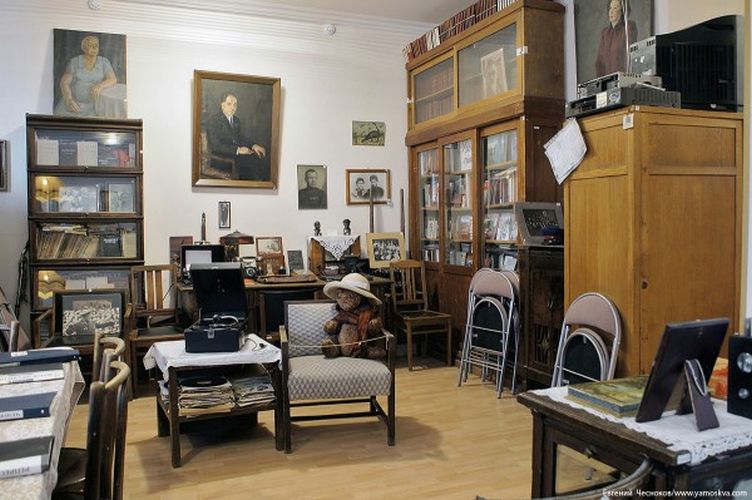 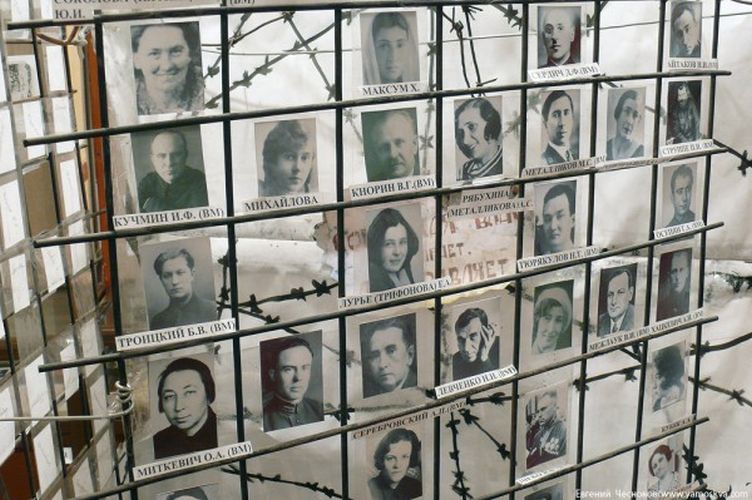 And portraits of repressed residents are also partly assembled

Not surprisingly, that the “Government House”, abbreviated GOHO, was deciphered by Muscovites as “remand home” or “house of the damned.” It was called a House on the Embankment only in the mid-70-s when the novel by Yuri Trifonov who lived in 30-s with his parents was published. They were also “took” by a sinister house: father-diplomat was shot, and his mother was sent to a camp.

The cellars of the Lubyanka

“Long time in the evenings these windows glowed with cozy infernal light” – wrote the former camp prisoner Leo Razgon about the building of the state security on Lubyanka Square. 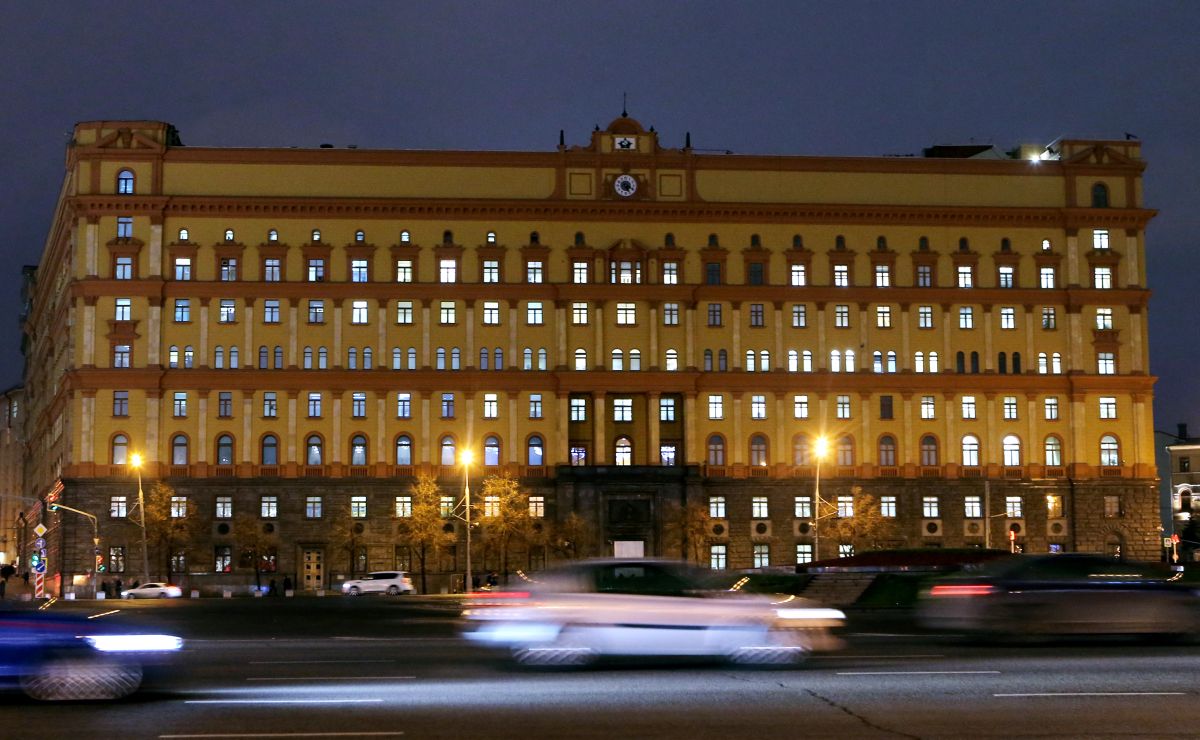 During purges people who were brought here for questioning disappeared without a trace, portraits of disgraced leaders were erased from the images as if they have never lived, and from fragmentary rumors of local inner prison – “nutryanka” – the image of a hateful underworld could be easily made, they say that underground chambers go deep into almost 10th floors, in these cellars all the execution are held and the corpses are burned.

In fact, the prison was located in the six-store deaf building in the courtyard of the Lubyanka- it is clearly seen on images from a height. Behind it rises a local power plant pipe, which is recognized today as a “crematorium pipe” 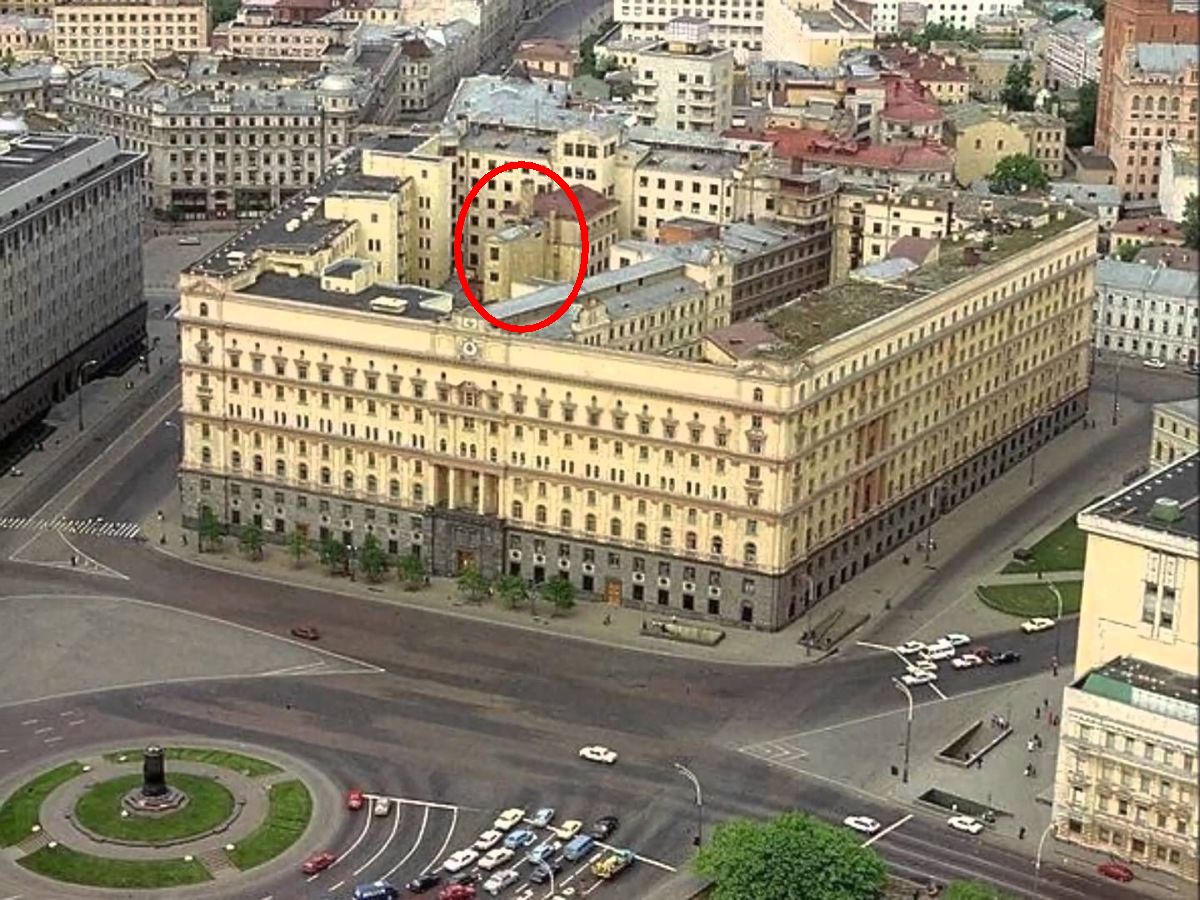 Under the roof, there was the exercise yard with walls that blocked the city’s noise and opened a square of sky. 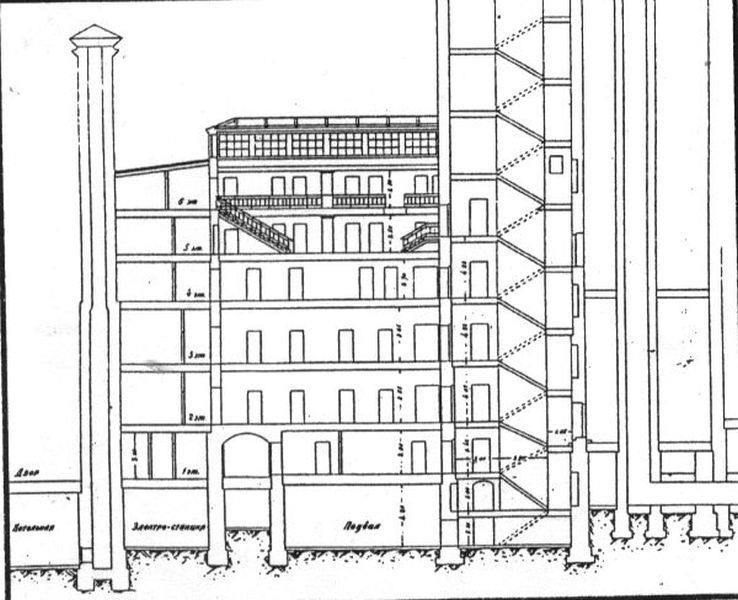 As you can see, all this was on the surface. A myth about the nightmarish cellars was born because of the special methods of disorientation and intimidation applied to prisoners. For example, they went through the endless gloomy stairs or were lifted on the freight elevator, which moved deliberately slow and with a deafening clanking. As a result, they have really created a feeling that they are taken out of a deep dungeon. 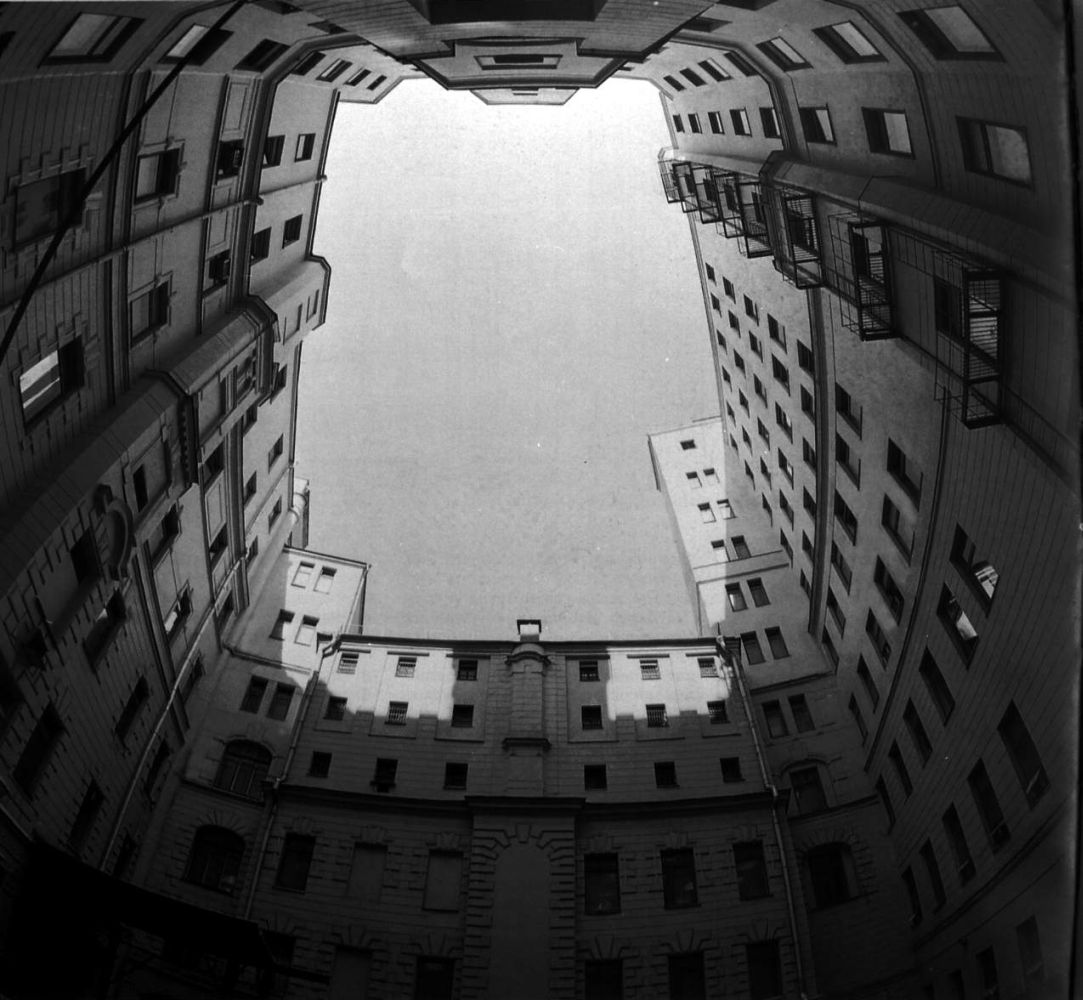 I want to tell you more about the prison torture: prisoners were not beaten in the cells; this was done on the interrogations by officers. Cruel beatings were mixed with sleep deprivation so that people ended up losing a sense of reality.

In general, Lubyanka’s prison is not much different from the standard prison in the USSR. Six of it chambers are now turned into museums, but you can visit it if only you have an admission to secret documents. However, in 1991, a rare chance was given to the famous Soviet and Russian photojournalist Igor Gavrilov. 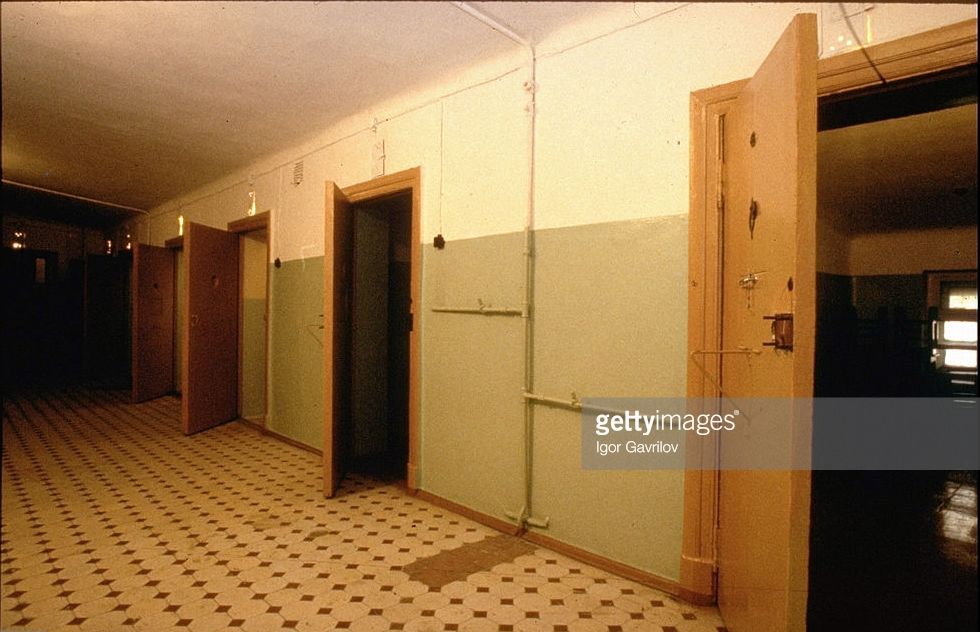 As for the shooting – there were none of them in the real or fictional basement of the main building of Lubyanka. Prisoners were held in “nutryanka” only during the interrogation stage, and executed in Lefortovo, or even in more terrible place nearby, just a couple of houses from the square – we will talk about it below.

They say janitors who worked in Varsonofevskiy lane that extend from Bolshaya Lubyanka, got up before anyone else – to wash off the blood stains after a night of mass executions until Muscovites wake up. Perhaps it is only a grim tale, but it is a fact that for many years there were secret executions and it is not a fiction.

Cute pale green house on the corner of Bolshaya Lubyanka and Varsonofevskogo – the first headquarters of security officers, where also was Dzerzhinsky. 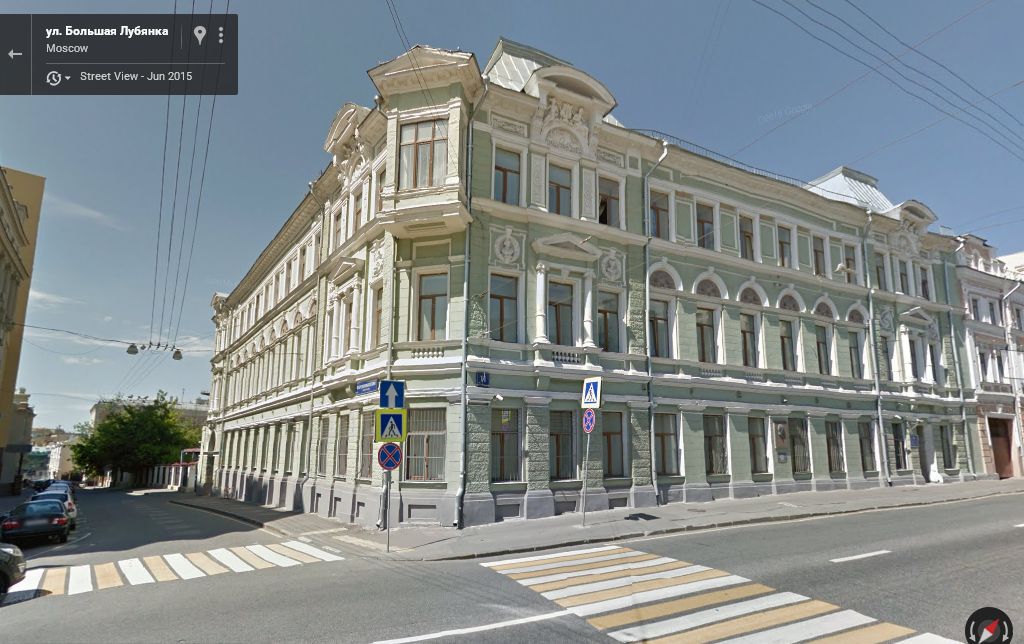 In the courtyard of the building a special base of security, organs are located. Turning into the alley, it can be seen through the entrance gates: nothing special – garage with iron doors, somehow painted with pink color, and a parking with cars. 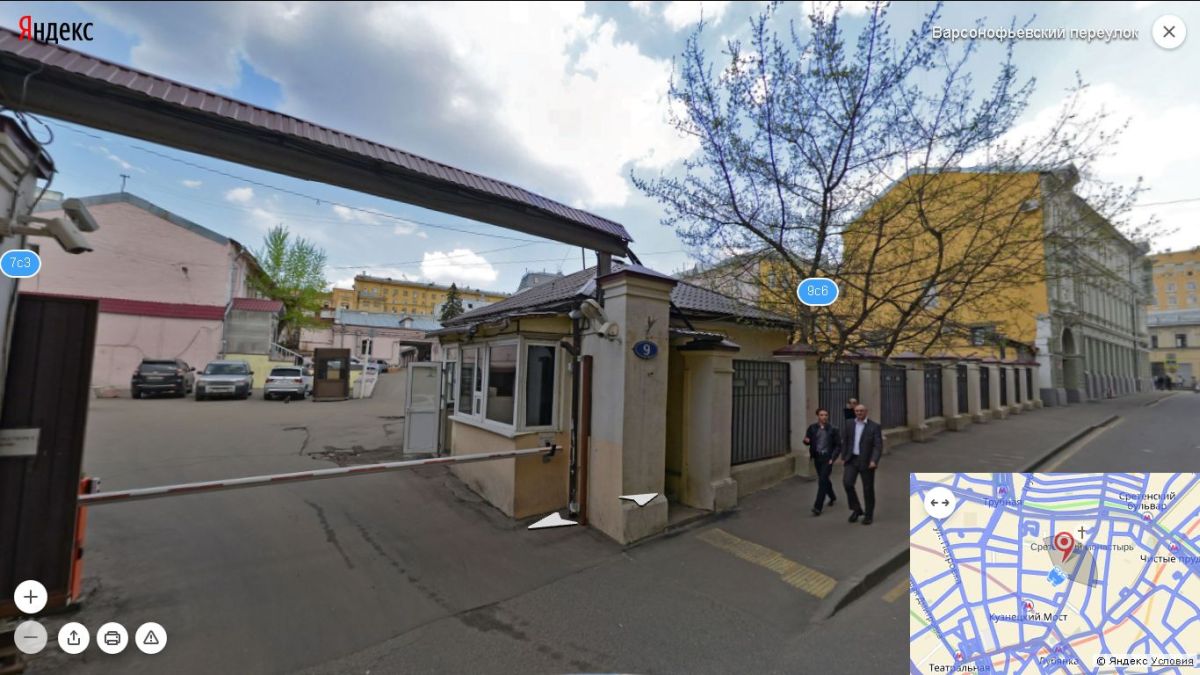 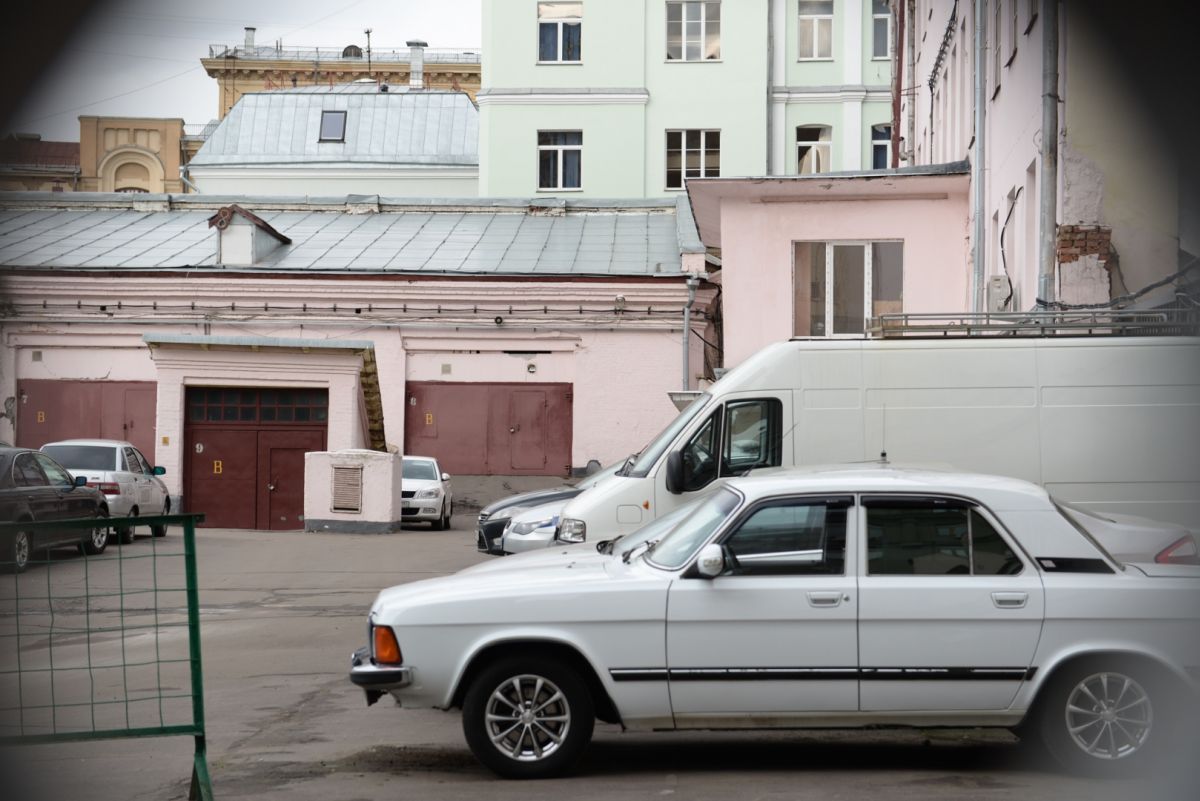 But here, in the basement under galvanized garages, from 1918 to 1948 years execution brigades were active. The rumble of engines drowned out unwanted sounds. There were executed between 10 and 15 thousand people.

However, since the late 30-ies, part of the condemned (perhaps hundreds of people) were sent to “Camera” or “X Laboratory” that was in the same yard, on the ground floor of the “Dzerzhinsky mansion”. There, in conditions of secrecy were held deadly experiments on humans in order to obtain poisons that leave no traces of poisoning. In most cases, “experimental” died in the laboratory in the torments of hell, which could last from 48 hours to several weeks. 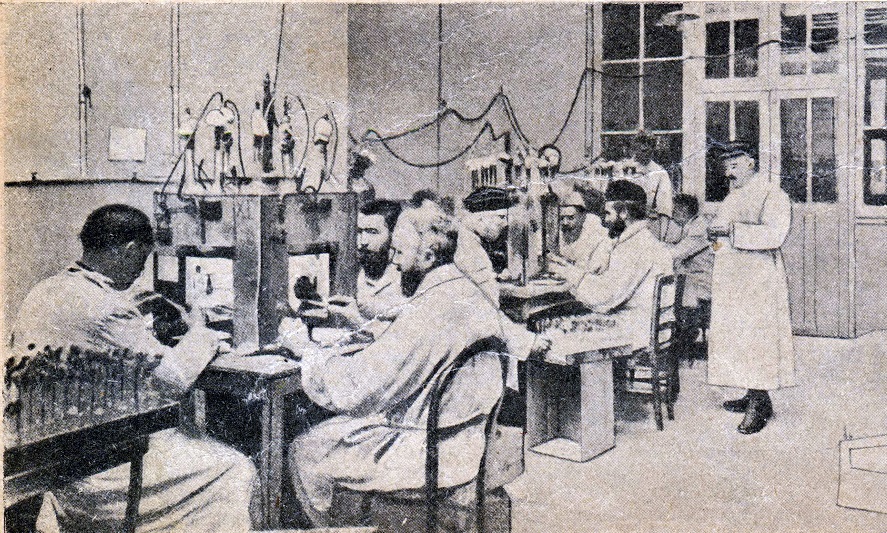 Laboratory of poisons and toxins was controlled by Medical Service Colonel, Gregoriy Mayranovskiy. According to witnesses, he worked very enthusiastically and with a sadistic attitude. 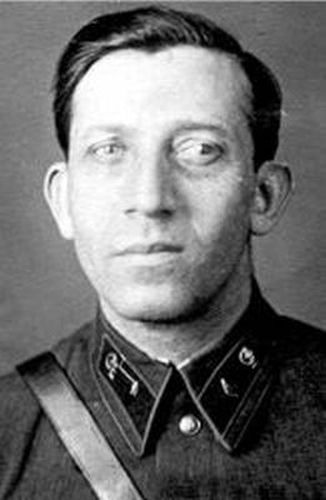 Other staff, in contrast, could not stand watching agony and “relieved stress” with tons of alcohol, there were even suicides, including deliberate poisoning in the course of experiments. And there were those who took part in this thing indirectly – chiefs that selected people for the laboratory from the list of prisoners. They said that they believed that they facilitate their life.

Another building next door to the Kremlin (Nicholskaya, 23, behind the shopping center “Nautilus”) was awarded grim the nickname, even though, contrary to speculation, nobody was killed there – they were only condemned to be shot. However, the price of “only” is really high: more than 30 thousand lives. 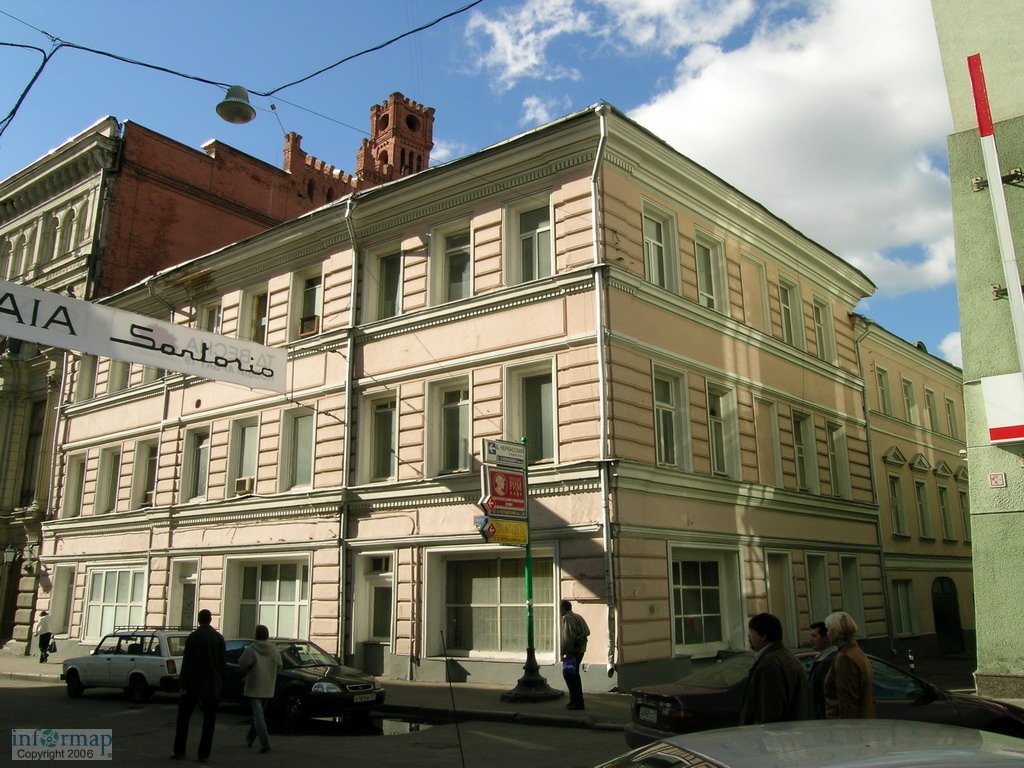 Military Collegium of the Supreme Court of the USSR could look through the tens or even hundreds of cases, 10-15 minutes for each, and hand down death sentences. All this was a mere formality, the official publicity of decisions already made personally by Stalin. 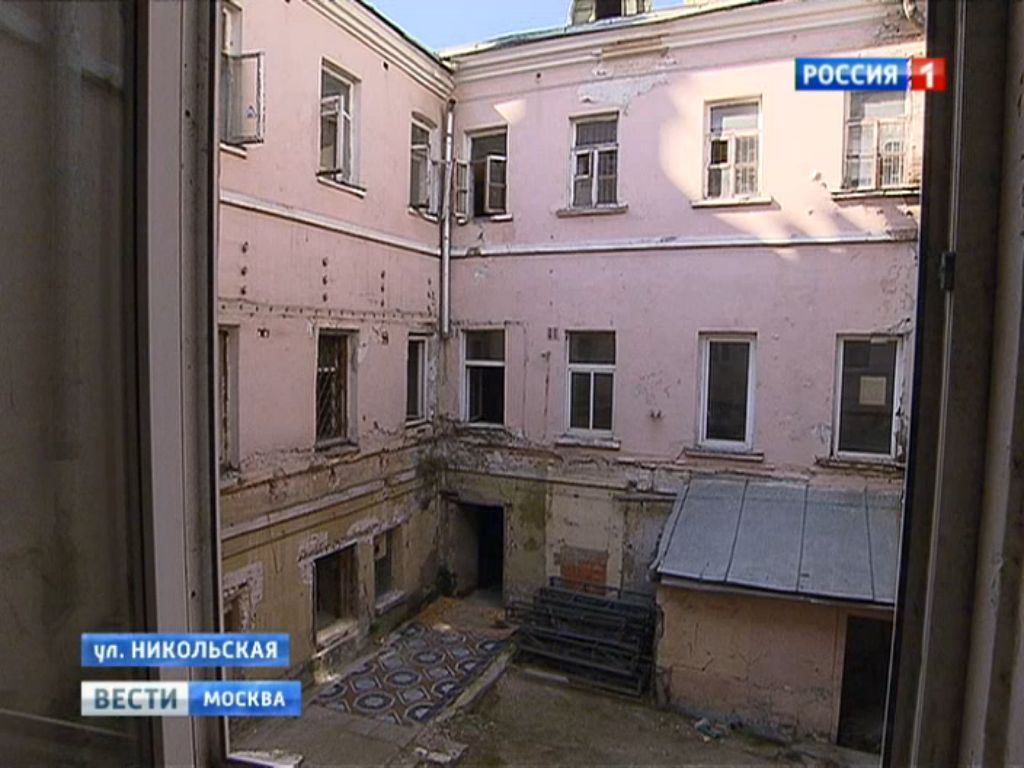 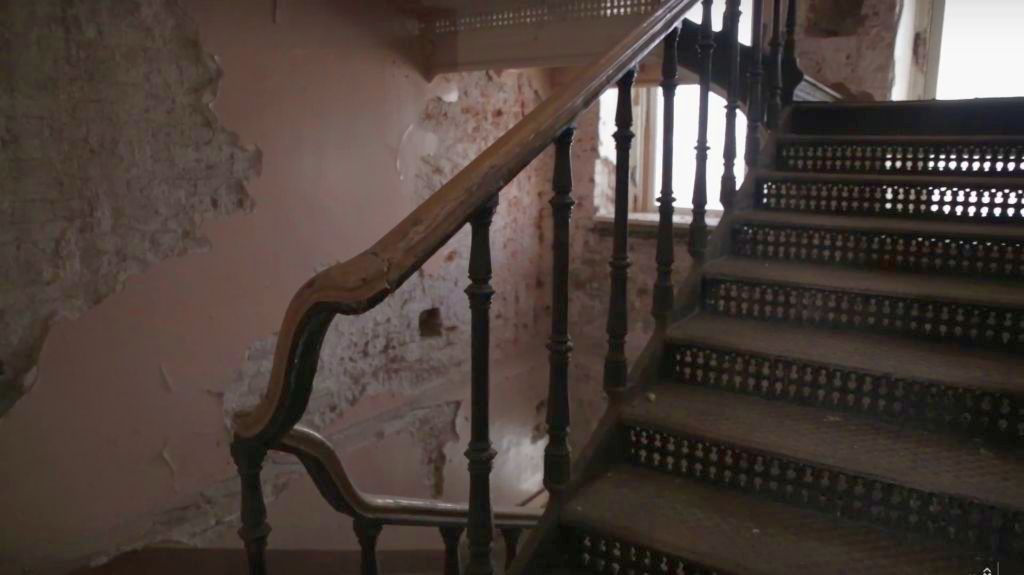 The cast-iron staircase, which “defendants” went through

Then defendants were delivered in wagons or driven by underground passage, dug during the construction of the first metro line, back to the main building on Lubyanka Square, and from there – to the execution areas. As a rule, everything ended for a one person to the end of the day, but the families were given a standard lie that he was sentenced to “10 years”. 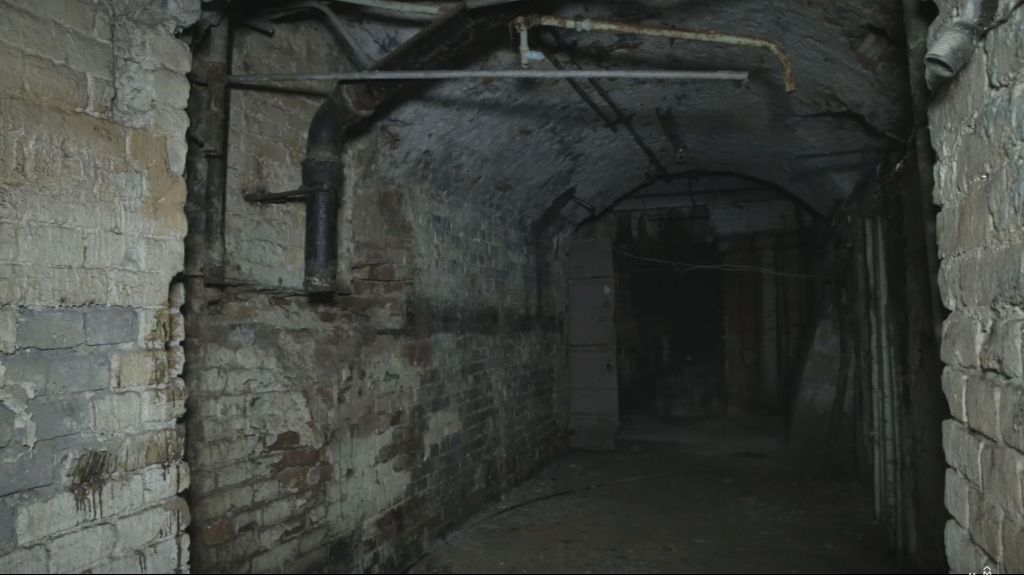 There is evidence that the chairman of the college Vasiliy Ulrich – “frog in uniform with watery eyes,” as he was described by contemporaries, sometimes personally participated in the executions. 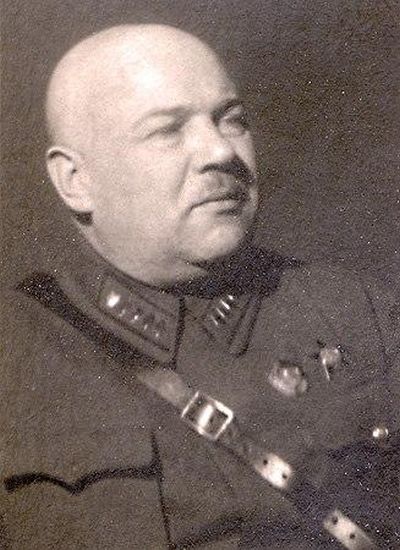 In our time governmental organizations suggested creating Memorial Museum in the “Shooting house”. But recently, the new owner of the building announced that he was going to rebuild it and make a magnificent store for millionaires, with a restaurant and wine cellar.

Abandoned Hospitals – is the classic horror film, and this one because of its huge size and shape, repeating the symbol of biological threats, as well as due to a large number of deaths has gained a reputation of “Resident Evil.” 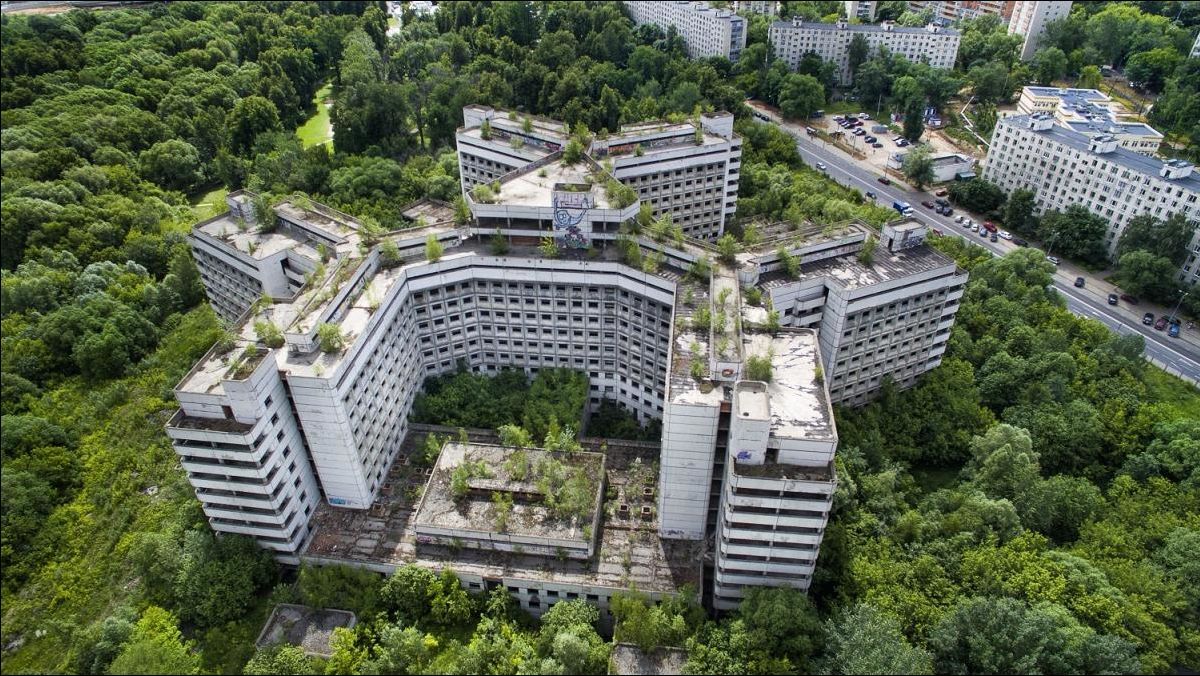 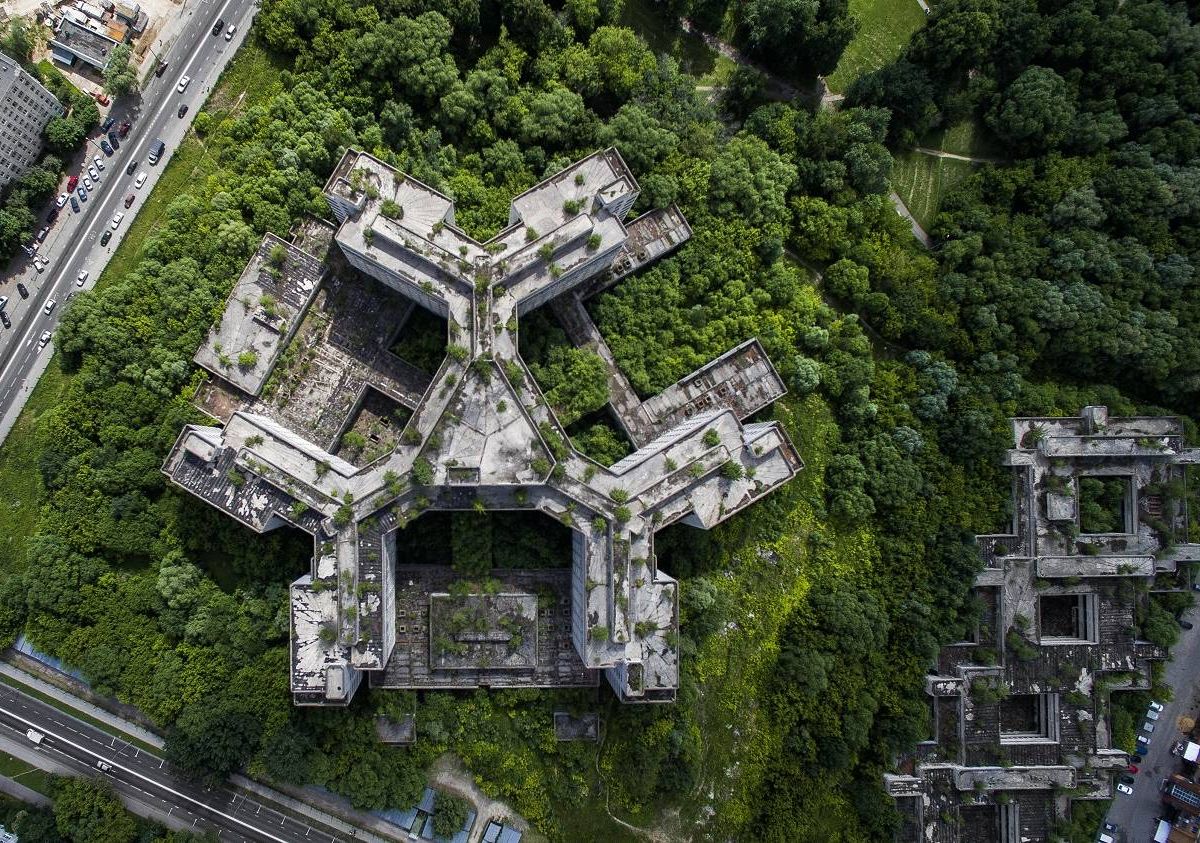 For more than 30 years a large-scale Soviet unfinished building in the northern region of Hovrino slowly goes under the ground on the territory, fenced with barbed wire. 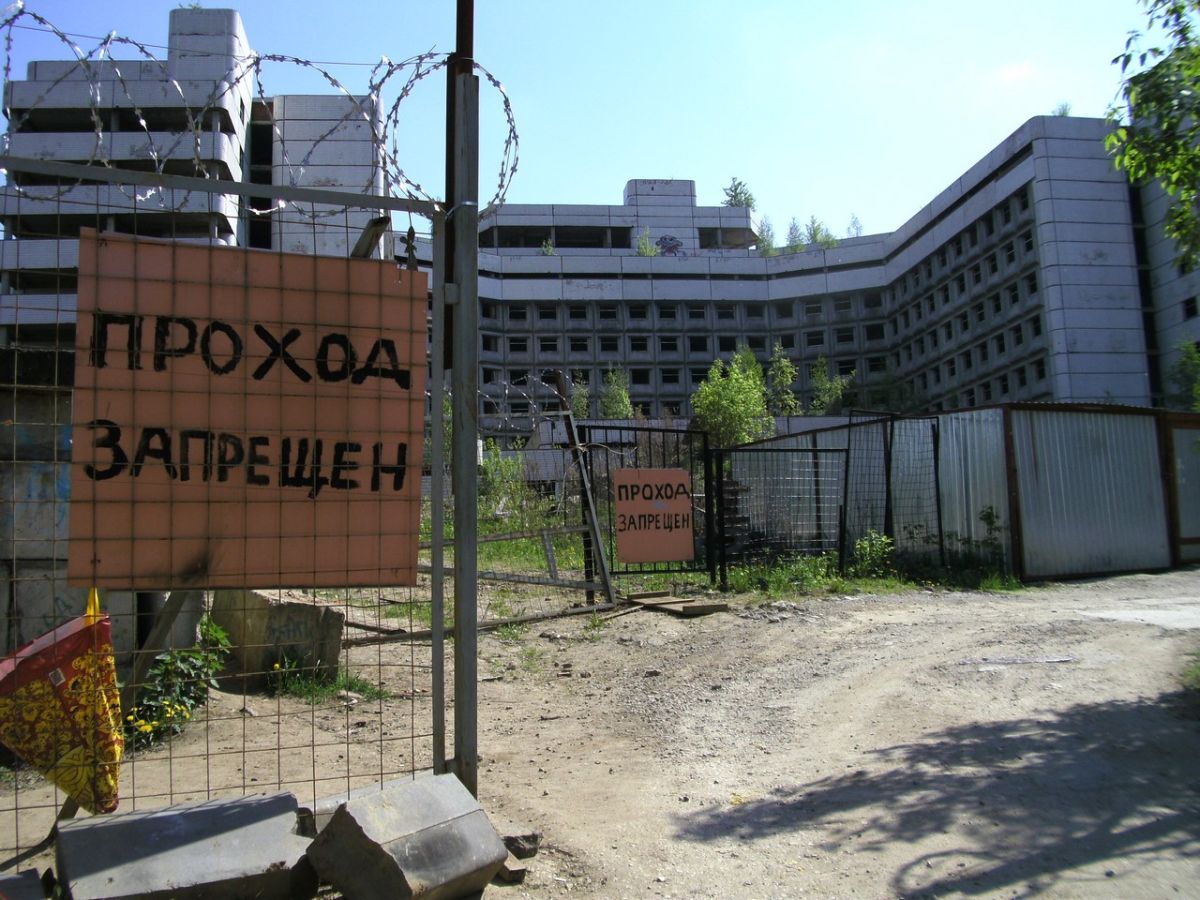 In fact, it is a huge and deadly maze where the walls are crumbling and ceilings are collapsing, stairs without railings sag, there were gaps and lift shafts, sometimes heavy concrete slabs are hanging. 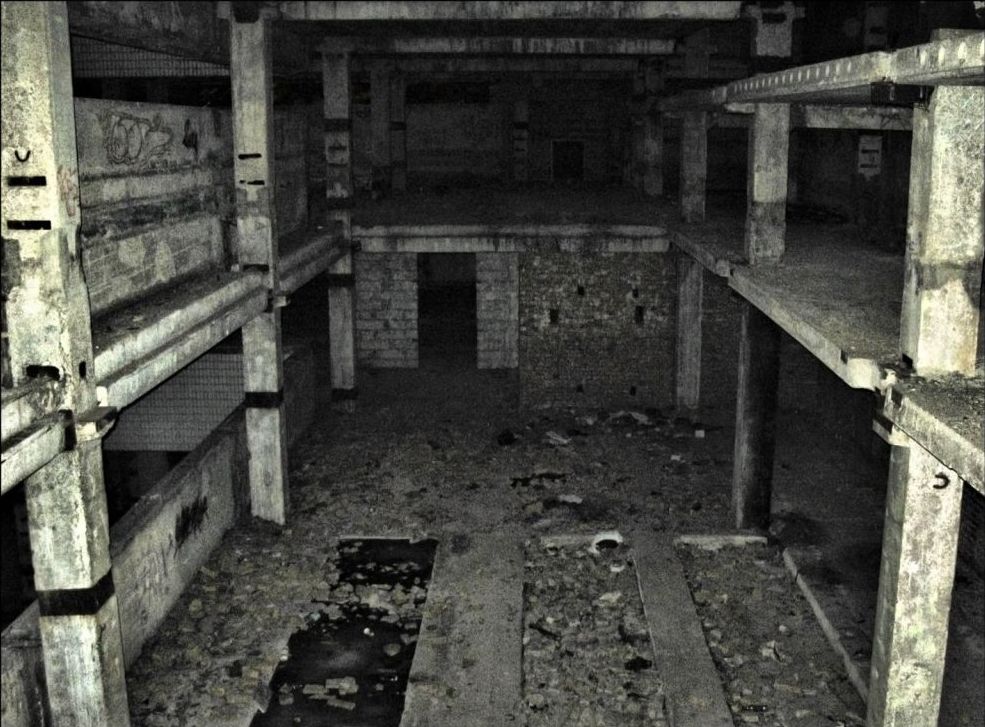 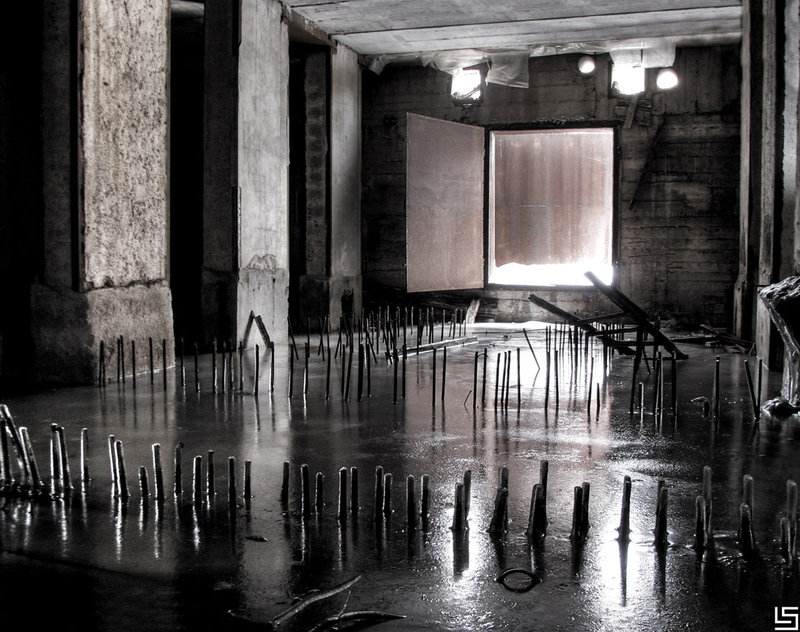 Of course, this bad place attracts different marginal from troubled teens, the homeless and the “stalkers” to the Satanists and criminals, and the stories told by them scatter on the internet and many of them seem true. For example, about a bunch of Satanists, who sacrificed people, whom SWAT pulled into the basement and blew up the floors, and then the basement with corpses was flooded. 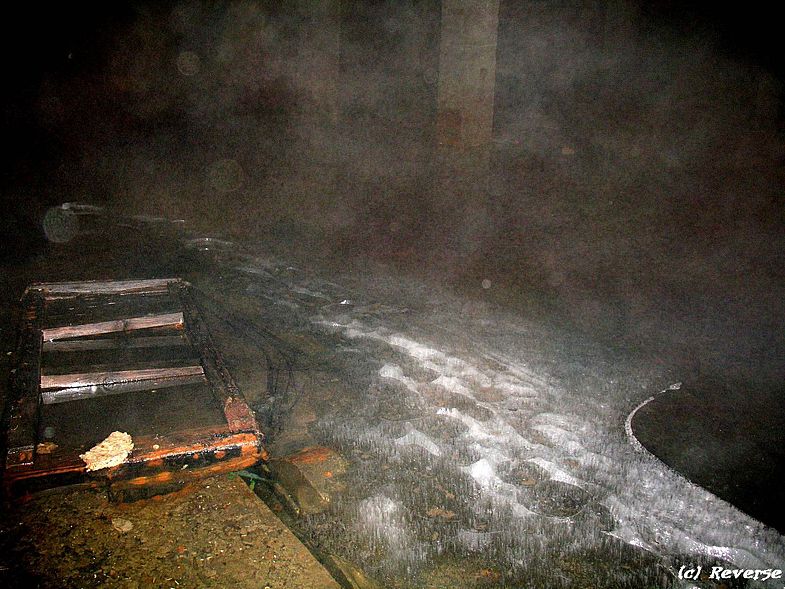 And a harsh truth is that any of those adventurers who want to personally join the eerie desolation sooner or later breaks down from a dizzying height. There are hundreds of such tragedies, many victims are under 15 years. 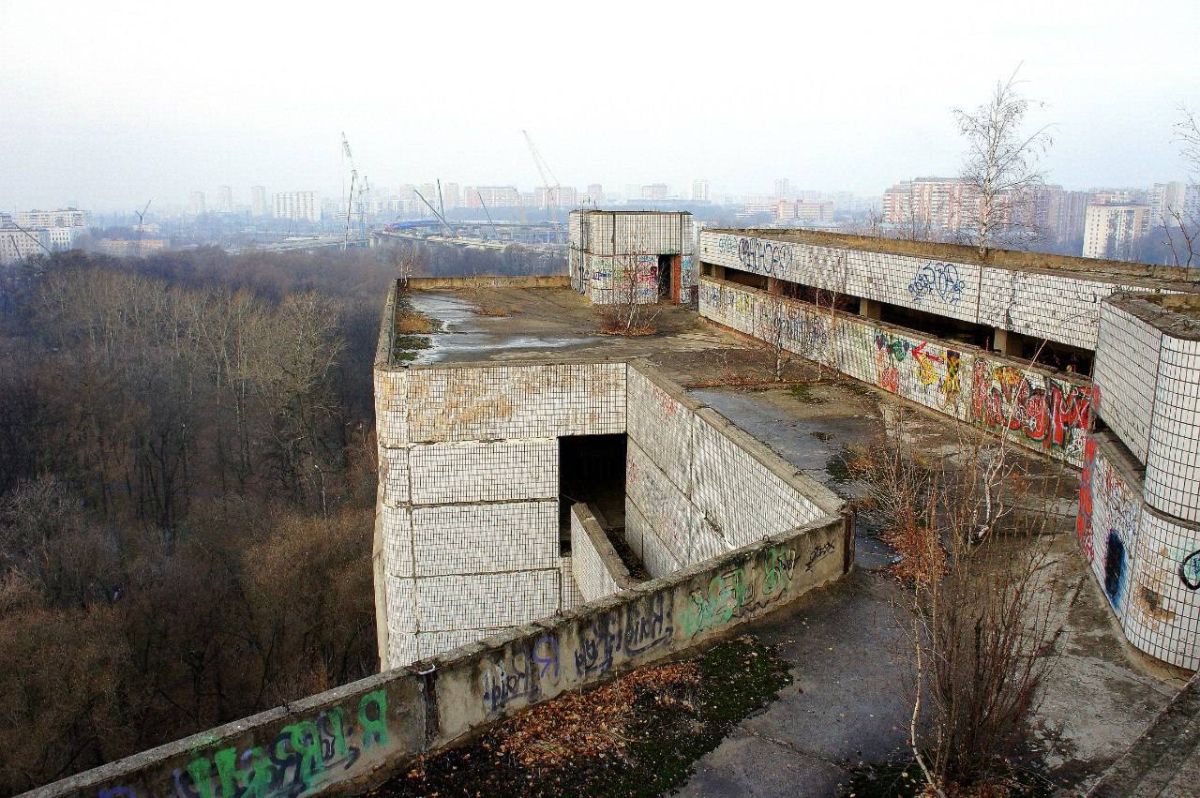 2 thoughts on “Tour Across Moscow’s most Sinister Buildings – Elite “House of the Damned”, hospital-maze and others”