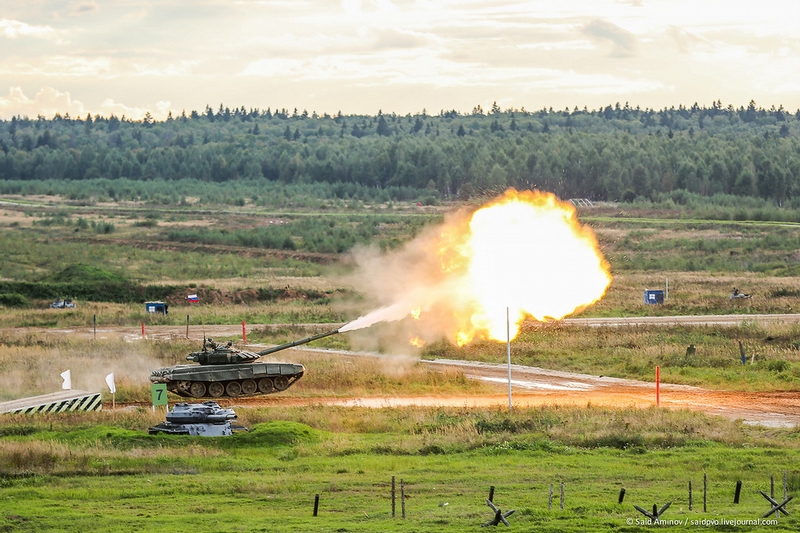 Now I want to offer you to look at the open part of the dynamic show of military technique, which is shown to the mass media.

1. We could watch the tank firing 2. TV operators worked in such conditions 3. The gunners on the position 11. Upgraded AAMGS “Tunguska-M1” (which we saw a few years ago at MAKS) 19. Fire of T-72B3 tanks, which crossed the lake Komsomolsk